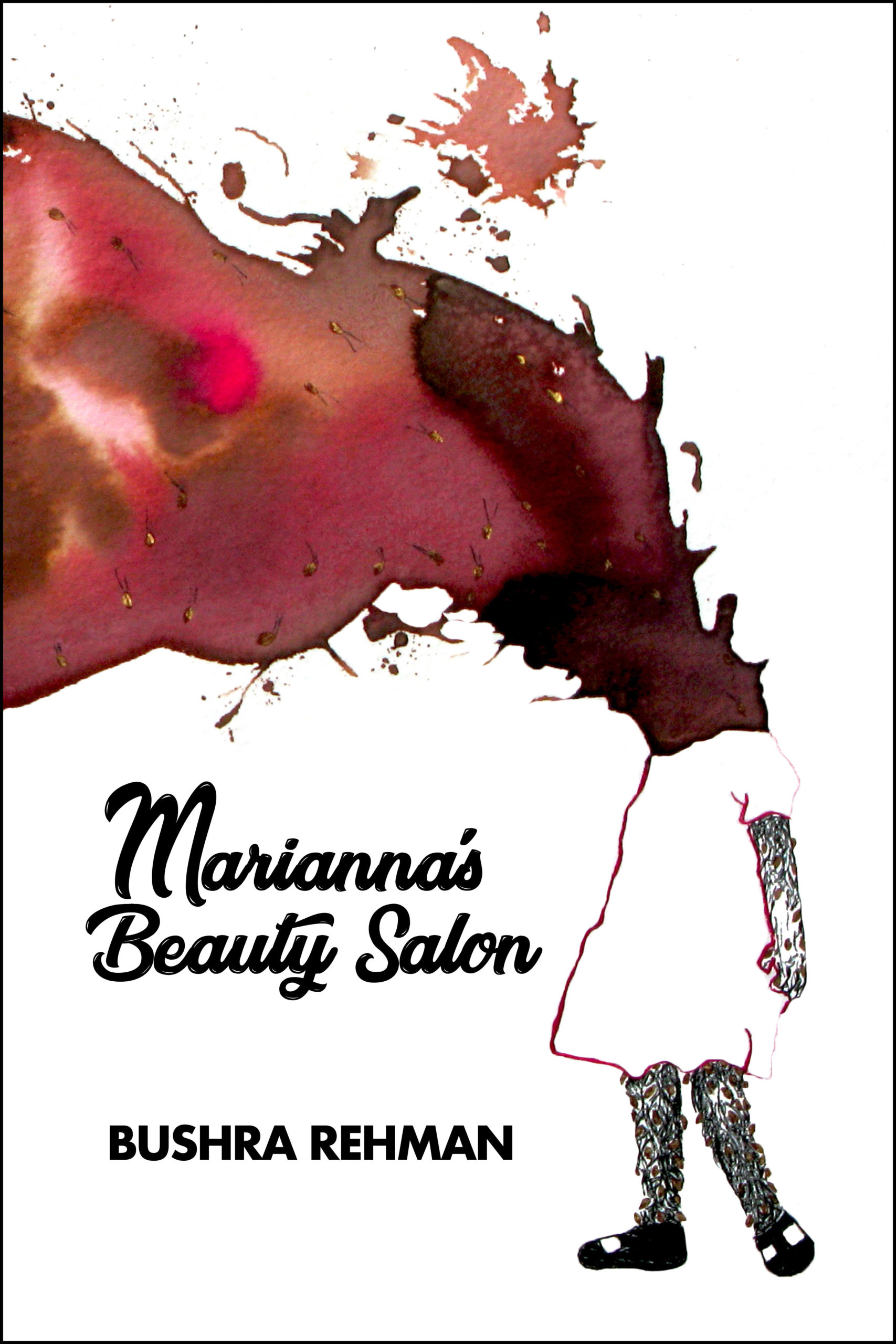 Join us to celebrate the launch of Marianna’s Beauty Salon, Bushra Rehman‘s first collection of poetry. Rehman is author of Corona, a dark comedy on being South Asian American and co-editor of Colonize This! Young Women of Color on Today’s Feminism, one of Ms. Magazine’s “100 Best Non-Fiction Books of All Time.” This collection spans twenty years of poetic work. Rehman will be joined on stage by Quincy Scott Jones (The T-Bone Series), Sadia Shepard (The Girl from Foreign) and Jai Dulani (The Revolution Starts at Home.) DJ Rekha will close the night with a special music set.

Bushra Rehman grew up in Corona, Queens, but her mother says she was born in an ambulance flying through the streets of Brooklyn. Her first novel Corona was noted by Poets & Writers among 2013’s Best Debut Fiction and featured in the LA Review of Books as a work of notable South Asian American Literature. She co-edited the anthology Colonize This! Young Women of Color on Today’s Feminism, one of Ms. Magazine’s “100 Best Non-Fiction Books of All Time.” Rehman’s first Young Adult novel, the prequel-midquel to Corona is forthcoming from Tor/Macmillan. She. is creator of the popular writing workshop series for POC and allies: Two Truths and a Lie: Writing Memoir and Autobiographical Fiction.

DJ Rekha (born Rekha Malhotra) is a DJ, producer, curator, and educator. She has performed spaces across the globe including the inaugural Women’s March and Obama’s White House. Rekha has done remixes for artists that range from AR Rahman to Meredith Monk to Priyanka Chopra and curated events for Celebrate Brooklyn and Central Park Summerstage. You can hear her weekly podcast Bhangra and Beyond on www.btrtoday.com/listen/bhangraandbeyond

Jai Dulani is a writer and interdisciplinary storyteller. His work has appeared in SAMAR, bustingbinaries, Black Girl Dangerous, Teachers & Writers, and the anthology, “Experiments in a Jazz Aesthetic.” Dulani is co-editor of the anthology “The Revolution Starts At Home: Confronting Intimate Violence in Activist Communities.” An alum of the Austin Project, Kundiman and VONA, Dulani has also been a BCAT/ Rotunda Gallery Multi-Media Artist-in-Residence and was a 2016 Open City Fellow through the Asian American Writers Workshop. He loves Bushra’s writing, especially her poetry, and has been lucky to be her friend and student over the years.

Quincy Scott Jones’ first book, The T-Bone Series, was published by Whirlwind Press, in 2009. His work has appeared in the African American Review, The North American Review, African Voices, and The Feminist Wire, as well as the anthologies such as Drawn to Marvel: Poems from the Comic Books (Minor Arcana Press 2014), Resisting Arrest: Poems to Stretch the Sky (Jacar Press, 2016), Red Sky: Poetry on the Global Epidemic of Violence Against Women (Sable Books, 2016), and Black Lives Have Always Mattered: A Collection of Essays, Poems, and Personal Narratives (2Leaf Press, 2017). With Nina Sharma, he co-created the Nor’easter Exchange: a multicultural, multi-city reading series and is currently the Coordinator of the Writing Center at Grace Church School.

Sadia Shepard’s first book, The Girl from Foreign, was published by The Penguin Press in 2008. Her other writing has appeared in The New Yorker, The Washington Post, Wall Street Journal Magazine and The New York Times. As a documentary producer, Shepard’s credits include The September Issue and The Education of Muhammad Hussain for HBO. She teaches at Wesleyan University and leads AAWW’s Profile This! photography and creative writing workshop for Muslim, South Asian and Arab youth at the Arab American Association of New York.