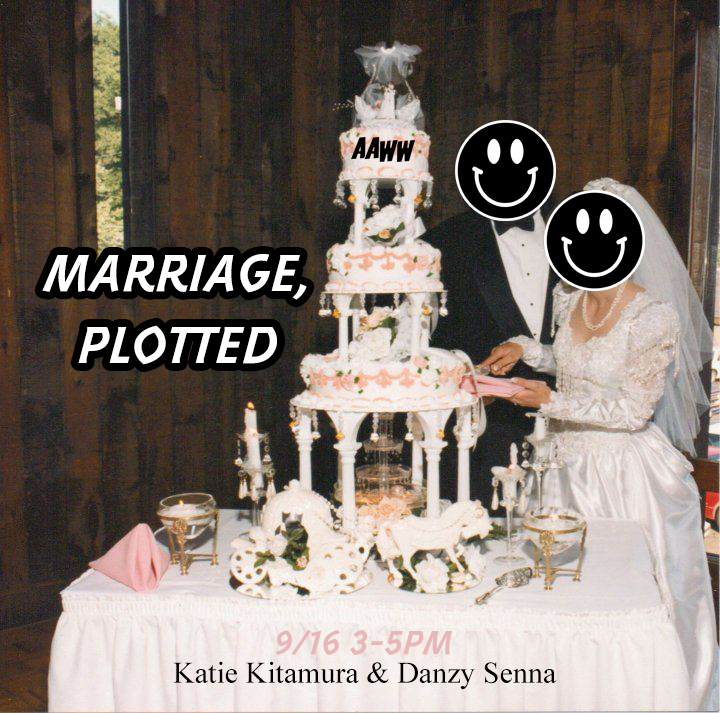 One marriage is ending, and another is imminent. For the female protagonists of Danzy Senna’s New People and Katie Kitamura’s A Separation, marriage is a mark of achievement, a psychological bender, a private investigation, and a bracingly intimate way to hold a mirror to our turbulent emotional realities. New People—an unsparing comedy of manners and racial authenticity set in ‘90s-era faux-bohemia Brooklyn—and A Separation—a taut emotional thriller that has earned comparisons to both Gone Girl and Elena Ferrante’s Neapolitan Novels are two of the most acclaimed books of fiction published this year. Come join us to see the authors in conversation, moderated by AAWW’s Programs Coordinator Sophia Hussain.

A mother-in-law’s request sends the unnamed narrator of A Separation (Riverhead, 2017) from London to Greece in search of her estranged husband. The narrator and her husband, Christopher, have agreed to a divorce, but his mysterious disappearance catapults her back into the performance of being his wife. A sophisticated literary translator who values her work for its “potential for passivity,” the narrator at first obediently chases her husband’s trail, but then cooly chooses to remain a few steps behind, using his absence and omniscience as a background to recount her steady disenchantment with him and his philandering. “Wife and husband and marriage are only words that conceal much more unstable realities, more turbulent than perhaps can be contained in a handful of syllables, or any amount of writing,” the narrator writes. The New York Times called the book “a postmodern mystery,” that suggests “there is something unknowable in human nature…something better left unexamined.” Katie Kitamura is the author of previous books Gone to the Forest and The Longshot, and is a frequent contributor to Frieze. She lives in New York City.

Danzy Senna’s New People is a funny, twisted, and darkly comic novel that takes place in the not-so distant past of ‘90s Brooklyn, where a peculiar fascination with mixed race and light-skinned biracial people that has less to do with passing and more to do with Americans’ post-race delusions—has taken hold. Maria is a 27-year old doctoral student writing about the Jonestown Massacre, a failed utopian community of multiracial and black socialists led by a white man that ended in a group suicide in the ‘70s. With her fiance, Khalil, she is also one half of the couple that stars in the documentary “New People,” a congratulatory documentary about the progeny of interracial relationships in the 1960s and ‘70s. Maria and Khalil are grateful to have found each other; they are “the same color beige,” the “King and Queen of the Racially Nebulous Prom.” But when Maria encounters a mysterious poet, who is black but unlike her and her fiance, not mixed, not biracial, it becomes an obsession that awakens her strangeness and threatens the inevitability of her marriage plot. The New Yorker’s Doreen St. Felix writes, “There were moments when reading ‘New People,’ I wondered if Senna had crafted Maria as a rebuttal to the lure of relatability in black art…Far from being a victim, she is slightly feral.” Danzy Senna is the author of five critically acclaimed books of fiction and nonfiction, including Caucasia (Riverhead, 1998). Senna is a recipient of the Whiting Writers Award and was recently awarded the 2017 Dos Passos Prize for Literature. She has written for The New Yorker, The New York Times and Vogue, among other publications. She lives in Los Angeles.

Co-sponsored by the Center for Fiction.