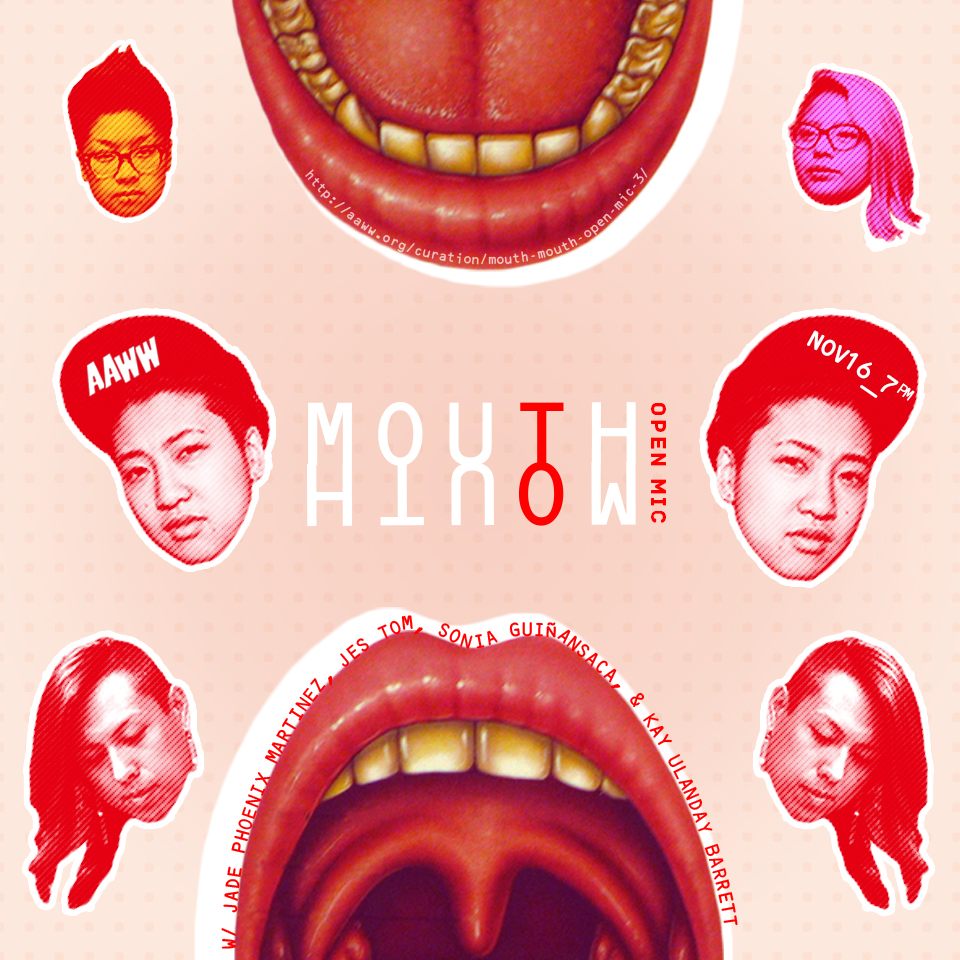 Mic Check! Are you a writer? Come share your work at our next edition of our open mic, Mouth to Mouth. Hosted by poets Sonia Guiñansaca and Kay Ulanday Barrett, this edition of Mouth to Mouth features Jade Phoenix Martinez and Jes Tom. Trans Day of Remembrance is November 20th & Mouth to Mouth seeks to provide a safe community space for QTPOC and rising migrant artists.

Jade Phoenix Martinez is a Queer, Trans Femme, Woman of Color, First Generation Filipinx-American, Parent, LA based Performance Poet and Activist/Educator. Jade’s work is a poetic expression rooted in the multiple identities she holds and how they intersect with her day to day fight for liberation while creating and navigating our current social and political systems and structures. Jade Phoenix is a fierce story and truth teller— you can read some truth on the magic of Trans Femmes here, and a vulnerable and engaging performer, a passionate parent and informative educator, organizer, and activist.

Jes Tom is a Queer GNC stand up comic with but one goal: To hurt the feelings of The Oppressor. They gleefully provide the nonbinary queer Asian American radical cyborg perspective that everyone never knew they wanted. Jes debuted their first full length solo show, Fresh Off The Banana Boat at Dixon Place’s HOT! Festival in 2014 and has developed & performed a satirical performance piece titled Joke’s On You as a featured artist of La MaMa’s SQUIRTS: New Voices in Queer Performance in January 2016. Described as “an elegy for the Fukboi,” Jes’ first 30 minute comedy special, Cold Brew, was recorded live in August 2016 at Astoria’s QED: A Place to Show and Tell. They hold a BA in Theatre from Smith College and have completed the Meisner Acting program at Maggie Flanigan Studio.

This event is open to the public. Swing by 6:30p and sign up! Program starts at 7pm.