Our monthly open mic party is always a riot. April 15 will be no exception. New York City-born poet Bushra Rehman, who Ishle Yi Park has called “a little bundle of magic,” and performance artist and playwright Tom X. Chao, who, according to Richard Yates, is the “author of at least one unforgettable story,” join Mouth to Mouth hosts Ed Lin and Jen Kwok. Come for laughs, booze, and more! 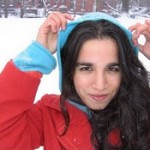 Bushra Rehman was born and raised in New York City, but also lived in Pakistan and Saudi Arabia. She is co-editor of Colonize This! Young Women of Color on Today’s Feminism (Seal Press) and author of the collection of poetry, Marianna’s Beauty Salon(Vagabond Press). In her work, Bushra tells stories of her immigrant upbringing in Queens, the aunties, bodegas, stray dogs, and street life of children with both humor and sincerity. Leah Lakshmi Piepzna-Samarasinha says, “Rehman’s poems are prayers of remembrance shot with lyrical power.” Bushra has been featured on BBC Radio 4, WBAI, and The Brian Lehrer Show. She is a teaching artist for Teachers & Wrters Collaborative, Urban Word NYC, and the Asian American Writers’ Workshop. 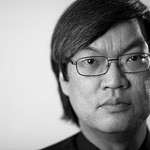 Tom X. Chao has written, directed, and performed theatrical shows for over 15 years. He most recently created Callous Cad, a one-act comedy presented by Dixon Place. Other recent shows include The Alternative Lifestyle Fair in the Ontological Theater’s Tiny Theater festival and The Peculiar Utterance of the Day: Live on Stage at the Frigid Festival. Chao toured with his “greatest hits” show, Freak Out Under the Apple Tree, to the Montreal, Toronto, and Winnipeg Fringe Festivals in 2005. He has staged original pieces at the invitation of P.S.122, Surf Reality, BRIC Studio, Confluence Theatre Company, and The Brick Theater, among others and performed comedic monologues and sketches at numerous New York City venues. He lives in Manhattan.

$5 suggested donation. This event is open to the public.
Sign up at 8:30pm for a 5 minute slot.