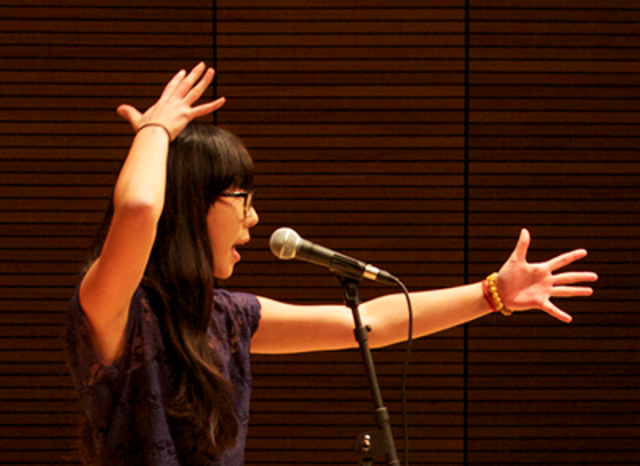 Franny Choi lives in Providence, Rhode Island, where she has spent the last three years working in youth, education, and grassroots organizing spaces. Her first collection of poems, Floating, Brilliant, Gone, was released on Write Bloody Publishing in March 2014. Her poems and stories have appeared in Poetry, PANK, Fringe, Folio, Apogee, CAP, Radius, and others. A Pushcart Prize nominee, she has been a finalist at the National Poetry Slam, the Individual World Poetry Slam, and the Women of the World Poetry Slam.

Scope one of her performances here.

This event is open to the public, with a $5 suggested donation. Come at 6:30 PM to sign up for a 5-minute slot! Program starts at 7 PM.

Mouth to Mouth is AAWW’s open mic series. Hosted by the consistently hilarious Jen Kwok and Ed Lin, it brings together literary writers, stand-up comedians, and you.