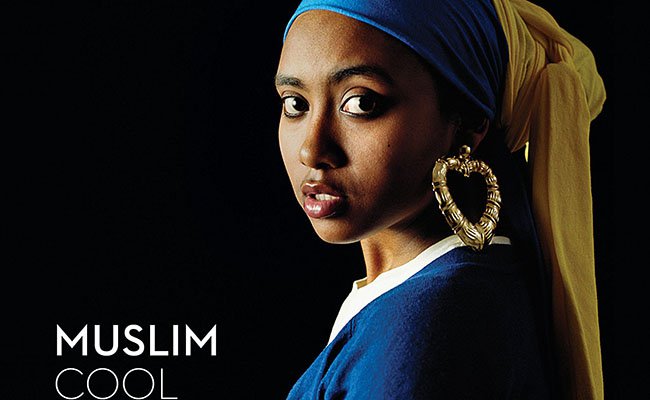 Come for a special night investigating how young Muslim Americans resist empire through hip hop and other musical subcultures. Su’ad Abdul Khabeer calls it “Muslim Cool”—her term for how young Muslims in the United States fight state power by engaging with Black identity, particularly through fashion and music. In a time when Black Muslims face both Islamophobia and anti-blackness, her work represents a vital intervention. Zain Alam, the lead singer of the band Humeysha, loops samples of North Indian soundscapes with lyrics that shift between English, Hindi and Urdu to imagine a new Muslim sonic culture, inspired equally by My Bloody Valentine and J Dilla. Visual artist Yunique A. Saafir, who was featured in the Queer Muslim Photo Project, will present a life narrative about coming into her faith. They’ll speak with the Canadian-Somali writer Muna Mire, a contributor to The New Inquiry, Vice, and The New York Times Magazine.

Su’ad Abdul Khabeer’s Muslim Cool: Race, Religion, and Hip Hop in the United States (NYU 2016) investigates the concept of “Muslim Cool.” The term refers to how young American Muslims draw on blackness—often via hip hop—to construct their own identities and challenge American racist norms. The result of ethnographic research with young, black Muslims in Chicago, the Purdue University Professor investigates the interconnections between Black and Muslim identity, countering notions that the two are fundamentally different. H. Samy Alim writes: “Muslim Cool is, as dead prez once rapped, bigger than Hip Hop—it is a must-read for anyone interested in race, religion and culture in contemporary America.” Khabeer teaches American Culture at the University of Michigan.

Zain Alam is an artist whose work explores South Asian artistic traditions, transnational movements in the Islamic world, and diasporic identity in the U.S. He was recently BHQFU Fellow at ArtCenter/South Florida and is currently a graduate student in Islamic studies at Harvard University, and the frontman of the NYC-based recording project Humeysha.

Yunique A. Saafir is a Visual Artist. Her current mediums are photography and performance art. She lives in Brooklyn, New York; via a diasporic journey from Kingston, Jamaica. Her work explores personal experiences with emotional, mental health and the idea that depression can illuminate the self and spark clarity. She has recently presented her work with Dixon Place and BUFU (By Us For US), a collaborative living archive centered around (pan) Black and (pan) Asian cultural and political relationships. Check out her feature in “Just Me and Allah: A Queer Muslim Photo Project” to hear about how Islam influences her style, how she came into her faith, and why Tracy Chapman is a prophet.

Muna Mire’s work can be found at the New York Times Magazine, Teen Vogue, The New Republic, Mask Magazine, The Nation, and VICE. She works at The Rundown with Robin Thede, a new late night comedy show on BET. Read their Twitter @Muna_Mire and their classic piece, “Towards a Black Muslim Ontology of Resistance” in The New Inquiry.