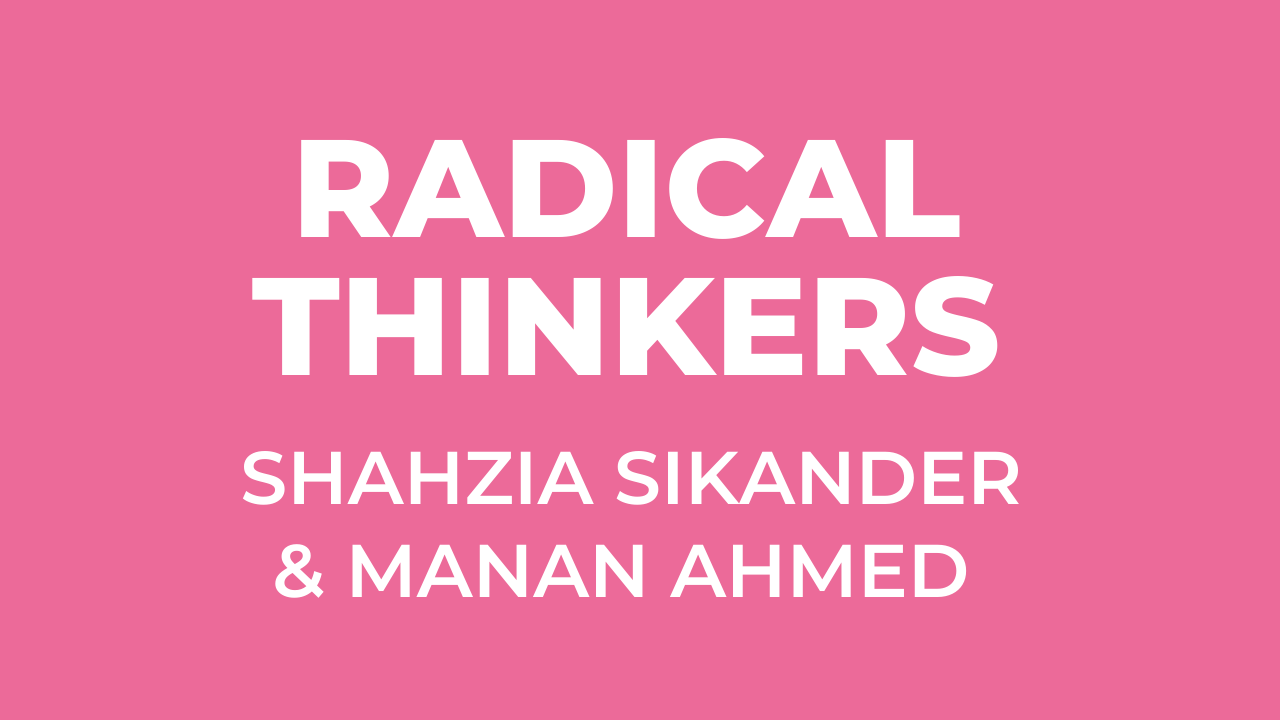 Presented by the Asian American Writers’ Workshop, this new series, Radical Thinkers, places radical academics directly in conversation with trailblazing writers, poets, and artists, creating and nurturing two-way dialogues that will interrogate some of the most pressing issues facing Asian and Asian diasporic communities today. Featuring an interdisciplinary lineup of scholars and creatives, these unexpected pairings will center revolutionary discourse and scholarship in an effort to demystify intellectual debates, collapse the divide between the ‘ivory tower’ and the public sphere, and ultimately envision a radical new future.

The first installment of this series presents historian, professor, and AAWW Board Member Manan Ahmed in conversation with acclaimed visual artist Shahzia Sikander.

This event will be broadcast live on the Asian American Writers’ Workshop YouTube channel.

Manan Ahmed is a historian of South Asia and the littoral western Indian Ocean world from 1000-1800 CE. His areas of specialization include intellectual history in South and Southeast Asia; critical philosophy of history, colonial and anti-colonial thought. He is interested in how modern and pre-modern historical narratives create understandings of places, communities, and intellectual genealogies for their readers. In A Book of Conquest: Chachnama and Muslim Origins in South Asia (Harvard University Press, 2016), he writes on the intellectual life of an early thirteenth-century Persian history Chachnama also known as Fathnama-i Sind (Book of the Conquest of Sindh). The book delves into how Muslim polities in Sindh addressed sacral differences, created new ethics of rule, and articulated a political theory of power in the thirteenth century Indian Ocean World. In The Loss of Hindustan: The Invention of India (Harvard University Press, 2020), he tells a history of the historians of the subcontinent from the tenth to the early twentieth century. The book is a concept-history of “Hindustan,” focusing specifically on the work of the seventeenth century Deccan historian Firishta (fl. 1570-1620). It argues for a decolonized philosophy of history for the subcontinent. He is currently working on a book, under contract with The New Press, on memory, history, Lahore, Pakistan.

He has extensive background in digital history, in the history of archives in the global south and the problems of access and control to digitized materials. He is the co-founder of the Group for Experimental Methods , which focuses on “mobilized humanities” and innovations in scholarly methodologies. One recent project: Torn Apart/Separados focused on the humanitarian crisis on the southwestern border in Summer 2018. He is interested in spatial visualization in medieval Arabic and Persian histories— see, e.g., “Delivering Post by Foot in Medieval North India”. He is one of the lead faculty in two major international research projects: “Decolonization, the Disciplines and the University” (2019-2023) funded by the Mellon Foundation and the second, “Muslims in India” (2020-2023) funded by the Luce Foundation.

Born in Lahore, Pakistan, Shahzia Sikander received her BFA in 1991 from the National College of Arts, Lahore, Pakistan, where she underwent rigorous training under master miniaturist Bashir Ahmed. The first student Ahmed invited to teach alongside him, she subsequently became the first artist from the Miniature Painting Department at the NCA to challenge the medium’s technical and aesthetic framework. In addition, she was the first woman to teach miniature painting at the school. Sikander moved to the United States in 1993 to pursue her MFA at the Rhode Island School of Design, which she completed in 1995.

Sikander’s thesis project, The Scroll (1989-90), launched what has come to be called the neo-miniature. This breakthrough project received national critical acclaim in Pakistan, winning the prestigious Shakir Ali and Haji Sharif awards for excellence in miniature painting and launching the medium into the forefront of the NCA’s program. Sikander’s innovative work led to her meteoric rise internationally in the mid-nineties with survey exhibitions at the Renaissance Society at the University of Chicago (1998), the Kemper Museum of Contemporary Art (1998), the Hirshhorn Museum and Sculpture Garden (1999), and the Whitney Museum of American Art (2000).

Shahzia Sikander’s pioneering practice takes classical Indo-Persian miniature painting as its point of departure and challenges the strict formal tropes of the genre by experimenting with scale and various media including painting, drawing, animation, installation, video and film. Informed by South Asian, American, Feminist and Muslim perspectives, Sikander has developed a unique, critically charged approach to this time-honored medium – employing its continuous capacity for reinvention to interrogate ideas of language, trade and empire, and migration.

Sikander, a MacArthur award recipient serves on the boards of Rhode Island School of Design and Art 21.  A survey of her work will open at the Morgan Library and Museum on June 17, 2021 in New York City: https://www.themorgan.org/exhibitions/shahzia-sikander
Radical Thinkers: Manan Ahmed & Shahzia Sikander