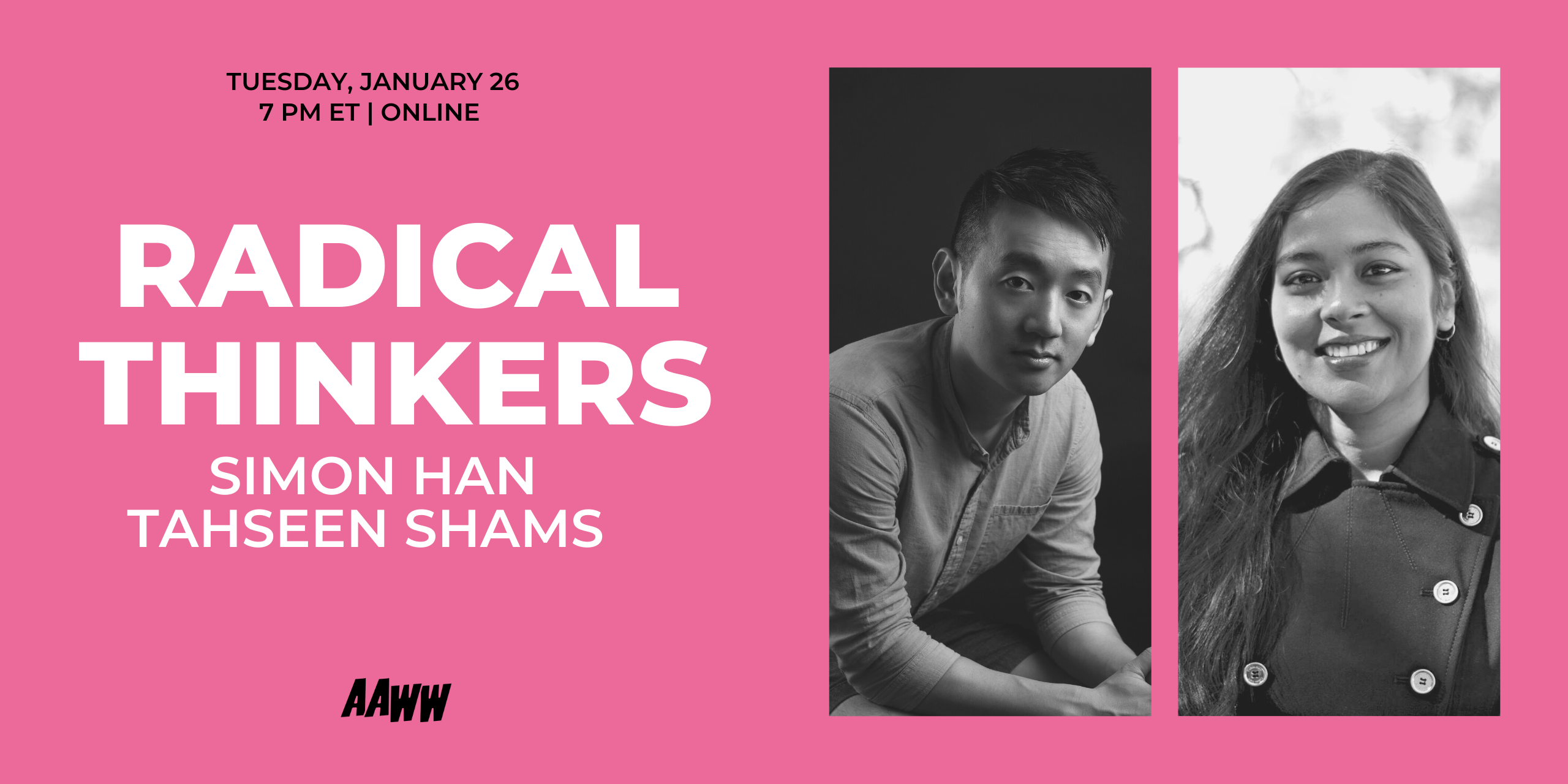 Our series Radical Thinkers places radical academics directly in conversation with trailblazing writers, poets, and artists, creating and nurturing two-way dialogues that will interrogate some of the most pressing issues facing Asian and Asian diasporic communities today. Featuring an interdisciplinary lineup of scholars and creatives, these unexpected pairings will center revolutionary discourse and scholarship in an effort to demystify intellectual debates, collapse the divide between the ‘ivory tower’ and the public sphere, and ultimately envision a radical new future.

The first installment of this series in 2021 features novelist Simon Han (Nights When Nothing Happened) and scholar Tahseen Shams (Here, There, and Elsewhere) in conversation on their creative and scholarly processes, and immigrant relationships to time and place.

*This event will be streamed on the Asian American Writers’ Workshop YouTube page.* 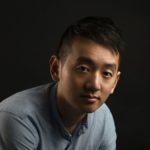 Simon Han is the author of the novel Nights When Nothing Happened (Riverhead, 2020). He was born in Tianjin, China, and raised in various cities in Texas. His stories and essays have appeared in The Atlantic, The Texas Observer, Guernica, The Iowa Review, Electric Literature, and LitHub. The recipient of several fiction awards and arts fellowships, he lives in Carrollton, Texas. 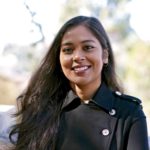 Tahseen Shams is Assistant Professor of Sociology and the 2020-21 Bissell-Heyd Research Fellow of the Centre for the Study of the United States at the University of Toronto. She received her PhD from University of California, Los Angeles in 2018. Her research interests are international migration, globalization, race/ethnicity, and nationalism. The question that guides all her research pursuits is how transnational, global forms of inequality intersect with local forms of boundary-work to affect immigrant groups, particularly those coming from Muslim-majority countries to the West. Her work has received several grants and awards, including funding from the National Science Foundation, and an Honorable Mention for Best Article from the Global and Transnational Sociology section of the American Sociological Association. In addition to her book, Here, There, and Elsewhere: The Making of Immigrant Identities in a Globalized World (Stanford University Press 2020), she has sole-authored several articles in top-tier journals. Visit her website tahseenshams.org for more information.