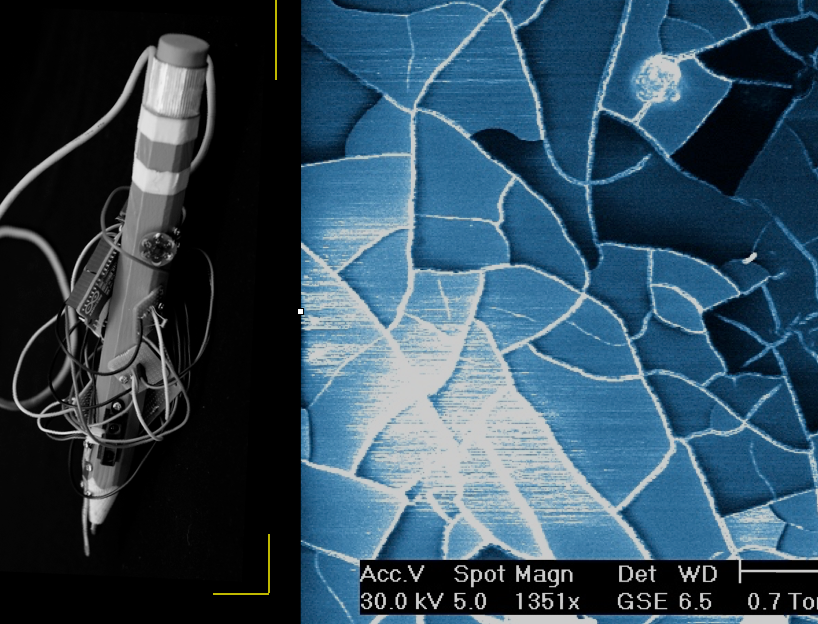 Come through for our first installment of Process Talks—a salon-style multimedia show-n-tell, where innovative poets and novelists will screen the images that have been haunting their writing and discuss their writing process. We’re featuring award-winning poets Jaswinder Bolina, Ching-In Chen, Timothy Yu, and novelist Bich Minh Nguyen, all four of whom join us in a rare visit from out of town.

Poet Jaswinder Bolina is author of Phantom Camera (winner of the 2012 Green Rose Prize in Poetry from New Issues Press) and Carrier Wave (winner of the 2006 Colorado Prize for Poetry from the Center for Literary Publishing at Colorado State University). His work has been published in The Best American Poetry series, as well as The Poetry Foundation, The State, and Himal Southasian. He currently teaches on the faculty of the M.F.A. Program in Creative Writing at the University of Miami.

A genderqueer, multi-genre writer Ching-In Chen is the author of The Heart’s Traffic (Arktoi/Red Hen Press, 2009). A Kundiman, Lambda, and Callaloo Fellow, they are a community organizer who as worked in Asian American communities in San Francisco, Oakland, Riverside and Boston, and co-organize the third national Asian Pacific American Spoken Word and Poetry Summit in Boston. Chen is also the co-editor of The Revolution Starts at Home: Confronting Intimate Violence Within Activist Communities (South End Press, 2011) and Here Is a Pen: an Anthology of West Coast Kundiman Poets (Achiote Press, 2009). Check out Hana Maruyama writing about Ching-In’s explorations of the zuihitsu in The Margins.

Director of the Asian American Studies Program at UW-Madison, Timothy Yu is the author of 100 Chinese Silences, the editor’s selection in the Les Figues Press NOS Book Contest, and of Race and the Avant-Garde: Experimental and Asian American Poetry since 1965 (Stanford), winner of the Book Award in Literary Studies from the Association for Asian American Studies. Check out two of his poems in The Margins.

Bich Minh Nguyen is the author of three books: Short Girls, a novel, which won an American Book Award winner in fiction and a Library Journal best book of the year; Stealing Buddha’s Dinner, a memoir, received the PEN/Jerard Award from the PEN American Center and was a Chicago Tribune Best Book of the Year, as well as a finalist for AAWW’s own Asian American Literary Award. Her newest novel is Pioneer Girl, a literary mystery about a second-generation Vietnamese daughter and her family and their ties to The Little House on the Prairie.