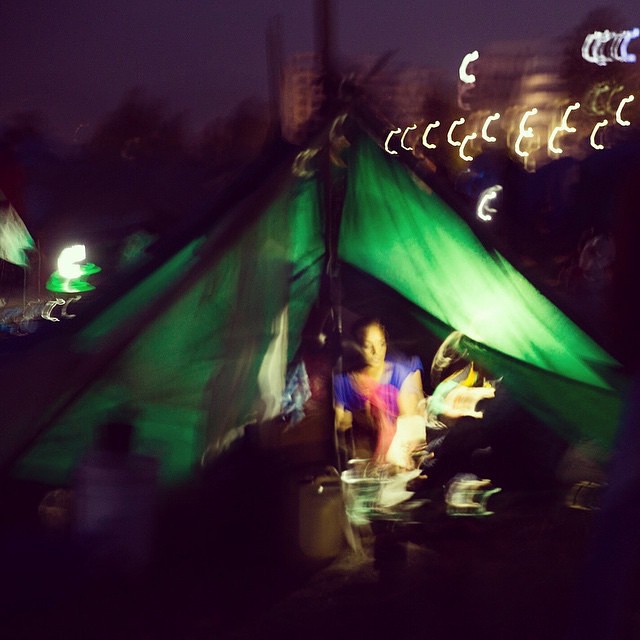 The Nepal earthquake in April was one of the deadliest natural disasters to strike the country. It laid waste to whole villages, took the life of more than 8,000 people, and injured almost 20,000. In May, a second earthquake struck, setting back relief work and demoralizing Nepalis right when the earthquake was drifting out of the headlines. Join us for a special reading featuring Prajwal Parajuly, author of the new novel “Land Where I Flee.” He’ll be joined by author of The Sleepwalker’s Guide to Dancing Mira Jacob, AAWW Margins Fellow Muna Gurung, and others. Followed by performance by singer/songwriter Tuelo Minah, photo auction by Nepal Picture Library, autographed books by Samrat Upadhyay, and more.

Food will be served! Many thanks to Malingo Restaurant, Cafe Himalaya, Tibetan Dumpling Cafe, Woodside Cafe, and the Pasang Sherpa family for offering some light refreshments, including sushi, pakodas, chow mein, and handmade momos.

Nepali Indian author Prajwal Parajuly is the author of The Gurkha’s Daughter: Stories and Land Where I Flee, his new novel which has been called “easily the most intelligent and entertaining novel to come out of South Asia in a decade” (The Telegraph of India). In this wry and layered novel, a woman named Chitralekha Neupaney celebrates her landmark 84th birthday, a Nepali custom called the chaurasi, and invites back her Desi grandchildren–who live in New York, London and Colorado–back to Sikkim in northeastern India. Mira Jacob’s debut novel, The Sleepwalker’s Guide to Dancing, was shortlisted for India’s Tata First Literature Award, honored by the APALA, and named one of the best books of 2014 by Kirkus Reviews, the Boston Globe, and The Millions. Born in Singapore to a Nepali Gurkha soldier, AAWW Margins Fellow Muna Gurung relocated at a young age to Kathmandu, Nepal. Check out her work in Vela and La.Lit. Tuelo Minah is Tswana from the countryside of South Africa where she grew up singing in the fields of her family’s farm. Tuelo & Her Cousins, her most meaningful project to date, is her musical family that explores and brings to life her original songs.

Photo above by Samantha Reinders, nepalphotoproject.