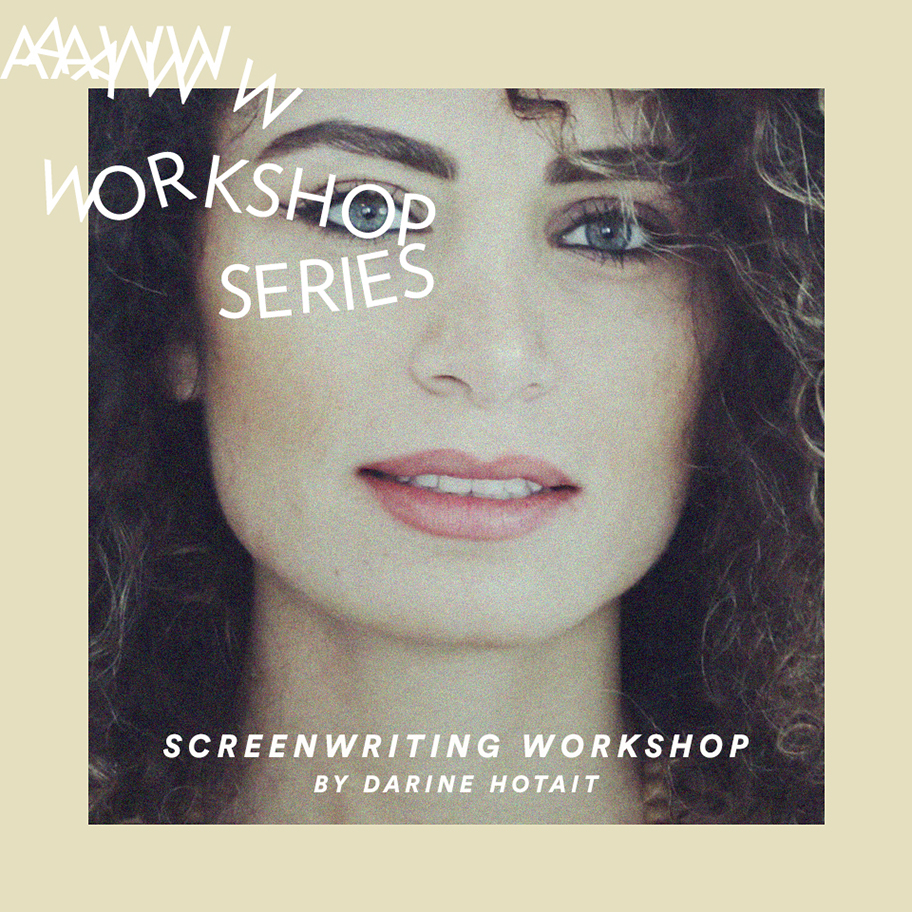 Why you should take this class: Writer & Director Darine Hotait bridges the gap between literature and cinema due to her genuine fascination and devotion to both. A mentor in numerous screenwriting workshops at film festivals and institutions such as the Med Film Festival in Rome, Arab Film Festival in Rotterdam, Mizna Literary Gathering in Minneapolis, among others —Darine invites you to learn how to take the elements that construct a screenplay into development: act structure, character development, and scene breakdown.

Class Description: Develop your screenwriting skills with award-winning writer and director Darine Hotait, whose films screened at top international film festivals, received multiple Best Fiction awards and were acquired by Sundance TV, AMC Networks & BBC Channel. Her feature screenplays were selected at Cannes Film Festival’s International Scriptwriters’ Pavilion and were among the top 5 finalists at Hearst Screenwriting Competition. She’s the recipient of the AFAC cinema grant and a current literary fellow at New York Foundation for the Arts.

Darine Hotait is the writer and director of various short films Beirut Hide and Seek (2011), and I Say Dust(2015), which screened at over 70 international film festivals and received multiple Best Short Fiction awards. Her films received prestigious distribution and were acquired by reputable platforms such as AMC Network, Sundance Channel, BBC Channel, Shorts International & The Journal of Short Films. Her debut science fiction feature film project Symphony of a Flood was selected at the International Screenwriters’ Pavilion at Cannes Film Festival 2016 and was a finalist at the prestigious Hearst Screenwriting Competition at San Francisco Film Society.
Her plays and short stories have been published in numerous publications in print and online. Darine has mentored over 50 screenwriting workshops around the world at various institutions and international film festivals. Since 2010, Darine serves as the founder and creative director of Cinephilia Productions in New York City, an incubator for the development of writers and filmmakers from the MENA region.

Praise for I Say Dust (2015)
“The film’s power and beauty comes in its subtlety. The story’s intensity and potency lies in Darine’s ability to sing cinematic brilliance in the interstices between scenes and to reveal more about the characters in their silence. The plot is unsaturated and always in dialogue with the audience: what is strategically unpictured by Darine is viscerally felt by the viewer.”
— Leena Habiballah, Qahwa Project, US

“The characters are complex, the writing – interspersed with poetry – is so touching, and the shots so poignant it just seems like a damn shame it’s a short rather than a feature length film.”
— Wided Khadraoui, Kalimat Magazine

“There is romance, sweet and ephemeral – an encounter more potent, perhaps, for the sense of coming home. A thoughtful film which packs a lot of ideas into a tight space, I Say Dust speaks well to the talents of those involved. It’s no surprise that it has multiple awards to its name.”
— Jennie Kermode, Eye For Film (Edinburgh)