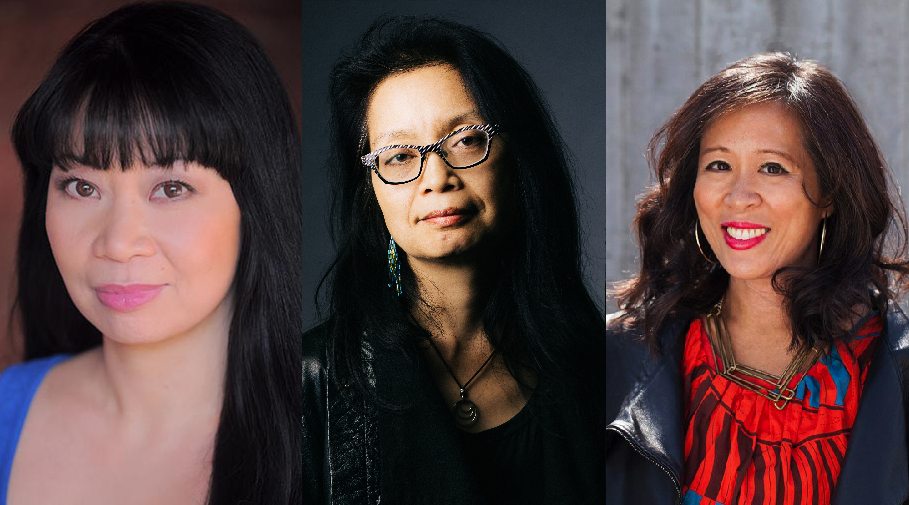 Join us for a special celebration of Jean Kwok’s new novel, Searching for Sylvie Lee, which follows how three women–two sisters and their mother–in a Chinese immigrant family react when the eldest daughter disappears. Julie Otsuka calls it “A heartbreaking, tumultuous ride of a novel that upends our expectations—about family loyalty, cultural identity and the very nature of love itself—at every twist and turn.” She’ll be joined by National Book Award Finalist Lisa Ko and AAWW co-founder Marie Myung-Ok Lee.

Lisa Ko’s The Leavers (Algonquin Books 2017), a finalist for the National Book Award, explores the disappearance of Deming Guo’s mother, Polly, an undocumented Chinese immigrant. A co-founder of Hyphen and a fiction editor at Drunken Boat, Lisa has been awarded fellowships and residencies from the New York Foundation for the Arts, the Lower Manhattan Cultural Council, the MacDowell Colony, and elsewhere. She is a former AAWW Van Lier Fellow and a past editor of AAWW’s member magazine Ten. Read her in AAWW’s The Margins and talking about AAWW in Pen Ten.

Jean Kwok is the award-winning, New York Times and international bestselling author of Searching for Sylvie Lee (William Morrow 2019), which was named one of the most anticipated books of the year by Nylon, Marie Claire, and Huffington Post. Her past books include Girl in Translation, and Mambo in Chinatown. Her work has been published in 18 countries and taught in universities, colleges and high schools across the world. She has been selected for many honors including the American Library Association Alex Award, the Chinese American Librarians Association Best Book Award and the Sunday Times EFG Short Story Award international shortlist. Read an interview with her in AAWW’s Open City.

Marie Myung-Ok Lee is a graduate of Brown University, where she taught for fifteen years. She is the author of the novel Somebody’s Daughter (Beacon Press). Her next book is forthcoming from Simon & Schuster. Her essays have appeared in the New York Times, Slate, the Guardian, the Nation, the Atlantic, and Salon. She teaches creative writing at Columbia University and is a founder and former board president of the Asian American Writers’ Workshop.