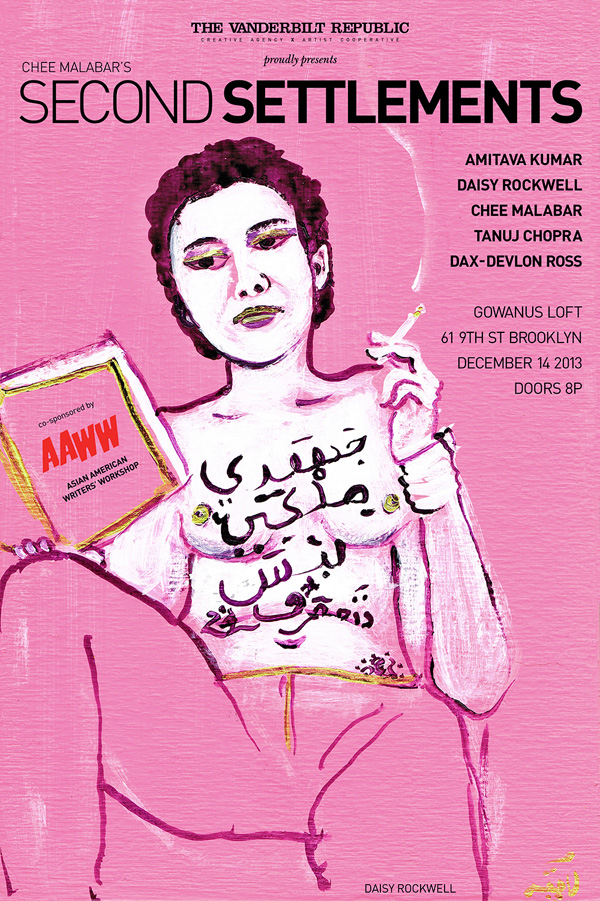 An evening of film, art, literature, and music, Second Settlements features artists whose work arises out of a necessity to resettle spaces, both real and imagined.

Second Settlements is an exploration of places and experiences long lived out by the artists, that still weigh heavily in their creative work.

In the work of each of these artists, a sense of their individual and collective past becomes a palimpsest onto which new ideas of global citizenry are etched and made alive.

Presented by the Vanderbilt Republic and the Asian American Writers’ Workshop.