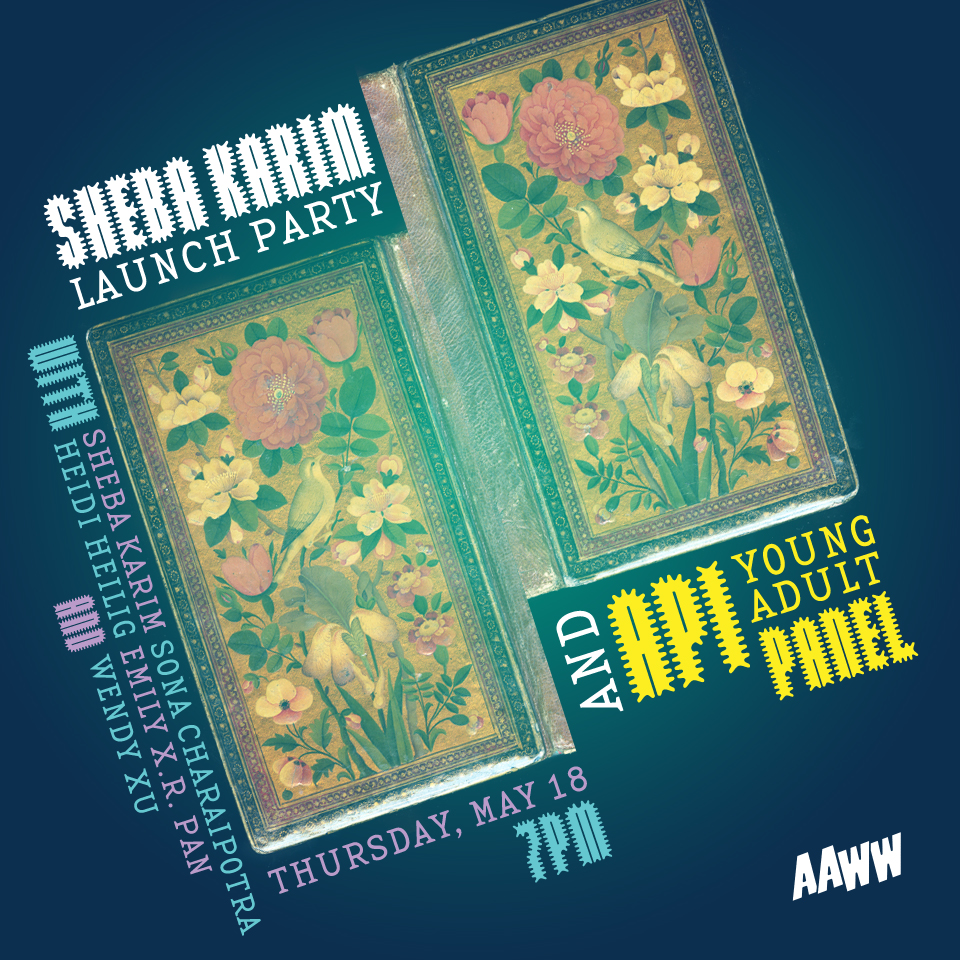 Sona Charaipotra is a journalist and author who has written for everyone from The New York Times to TeenVogue. The co-founder of CAKE Literary, a boutique book packager with a decidedly diverse bent, she spends much of her time poking plot holes in shows like Pretty Little Liars – for work, of course. She’s the co-author of the dance dramas Tiny Pretty Things and Shiny Broken Pieces. She’s proud to serve as VP of content for We Need Diverse Books. Find her on Twitter @sona_c, or on the web at www.SonaCharaipotra.com

Heidi Heilig was born in Hawaii, which is known as a melting pot, and then moved to New York, which is known as a crucible. She writes about time travel and colonialism and pirates and regret, including the critically acclaimed The Girl From Everywhere series. If you prefer rants about politics, find her on twitter at @heidiheilig.

Sheba Karim’s second YA novel, That Thing We Call a Heart, received a starred review from Kirkus and features young love, Radiohead, Urdu poetry and pie. Her third YA novel, The Road Trip Effect, about three best friends on a road trip through the American South, will be out in 2018. She has an MFA from the Iowa Writers’ Workshop and lives in Nashville, TN. Find her at @shebakarim or on the web at www.shebakarim.com.

Emily X.R. Pan is the author of The Astonishing Color of After, coming in spring 2018 from Little, Brown in the US and Orion in the UK. She is also a 2017 Artist-in-Residence at Djerassi. During her MFA in fiction at NYU she was a Goldwater Writing Fellow and the editor-in-chief of Washington Square Review. She is the founding editor-in-chief of Bodega Magazine and lives in New York, where she also practices and teaches yoga.

Wendy Xu is a Brooklyn-based illustrator and comics artist. She is co-creator of and currently draws the webcomic “Mooncakes” (mooncakescomic.tumblr.com). Her work has been featured on Tor.com,as part of the Chinese American: Exclusion/Inclusion exhibit permanently housed at the Chinese Historical Society of America, and in Shattered: The Asian American Comics Anthology. She occasionally teaches at the Asian American Writers Workshop and currently works as an assistant editor curating young adult and children’s books. You can find her rants against unseasoned chicken and other terrible cooking ideas on twitter: @angrygirLcomics