Where do we want to go together? Join us for a celebration and launch of the Black and Asian Feminist Solidarities project, an ongoing commitment to practicing solidarity together, which has found a home on AAWW’s The Margins. Solidarity at its core is about relationships. We believe in a radical feminist future where we commit to taking responsibility for one another. Six months after the initial start of our project, we reflect on what it means to hold space together and to build and grow alongside each other.

Featuring remarks and discussion with Jaimee Swift of Black Women Radicals and co-leaders of the Asian American Feminist Collective; a poetry reading by Cecile Afable and Zuri Gordon; a conversation between sex work activists Kate Zen and SX Noir; and reflections and dance party with Dr. Margo Okazawa-Rey (aka DJ MOR Love & Joy). 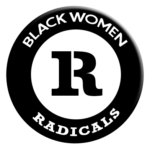 Black Women Radicals is a Black feminist advocacy organization dedicated to uplifting and centering Black women’s and gender expansive people’s radical political activism. Rooted in intersectional and transnational Black feminisms and Womanisms, we are committed to empowering Black transgender, queer, and cisgender radical women activists and gender expansive activists by centering their political, intellectual, and cultural contributions to the field of Black Politics across time, space, and place in Africa and the African Diaspora. We are a collective that uplifts Black people of diverse gender identities and gender expressions, educational backgrounds, nationalities, religious and/or non-religious affiliations, languages, ethnicities, and more and who have diverse pathways of and to Blackness and to Black person-hoods and ways of being, but who are all committed to uplifting, centering, and honoring Black women and marginalized genders in their entireties.

Asian American Feminist Collective (AAFC)  engages in intersectional feminist politics grounded within our communities, including those whose backgrounds encompass East, Southeast, and South Asian, Pacific Islander, multi-ethnic and diasporic Asian identities. Through public events and resources, AAFC seeks to provide spaces for identity exploration, political education, community building, and advocacy. Asian American feminism is a world-building project. The beauty of the Asian American feminist movement is that we can continue to shape and evolve it. We must constantly reflect upon and refine a political agenda that works for all of us. Our goal is to continue interrogating and defining this movement as well as producing different spaces and resources to build stronger coalitions, connect people in the Asian American community, and produce new ideas. 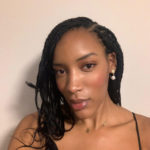 SX Noir is a self-proclaimed “thot leader” leading the conversation on the intersection of Sex work and Sex tech. SX has participated in panels for the Future of Sex, Curious fox, The Wing and Planned Parenthood. Her work has been featured in the Daily Beast, Rolling Stones and the Washington Post. SX Noir has created a podcast “Sex in Digital Space” in an attempt to hack the conversation on Sex, love, dating and tech. Creating more empathy in digital space is the key to intimacy. SX Noir aims to de-stigmatized the conversation regarding Sex in digital space. 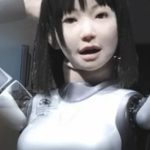 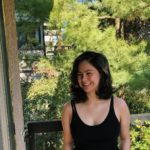 Cecile Afable (she/her) is a Filipino-American settler-immigrant living on the unceded and occupied territories of the səl̓ilwətaɁɬ and Skwxwú7mesh in North Vancouver, British Columbia, Canada. She was born in the Catskill mountains of New York, and has also lived in Massachusetts and rural southeastern France. Cecile’s writing and activism is inspired by her chosen family, all survivors of colonization everywhere, and flowers that come back every spring. Her poetry appears in Boston Accent Lit and the Manzano Mountain Review. 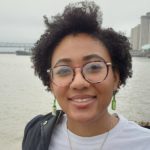 Zuri Gordon (she/her) is a 2015 Creative Writing graduate of Brandeis University. Some of her favorite identity categories include: Caribbean-American, Bronxite, poet, daughter, Sagittarius, Beyoncé stan, feminist, BFF, twentysomething, girlfriend, girl’s girl, and Maxxinista. Zuri is interested in supporting black women and girls, and the dissemination of knowledge (for free). 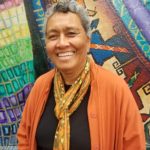 Dr. Margo Okazawa-Rey, Professor Emerita San Francisco State University, is an activist and educator working on issues of militarism, armed conflict, and violence against women examined intersectionally. She has long-standing activist commitments in South Korea and Palestine, working closely with Du Re Bang/My Sisters Place and Women’s Centre for Legal Aid and Counseling, respectively. She is a founding member of International Women’s Network against Militarism, Women for Genuine Security, and the Combahee River Collective. Most recently, Margo was the Barbara Lee Distinguished Chair in Women’s Leadership and Visiting Professor of Women, Gender, and Sexuality Studies and Public Policy at Mills College in Oakland, California (2018-2020). After retiring from the academy in May 2020, Margo has taken up hosting Women’s Magazine, feminist radio on KPFA Pacifica Radio, and DJ-ing virtual, transnational feminist dance parties.

Upcoming Events
June 26 9:45 AM
PAGE TURNER: The 2021 Publishing Conference
PAGETURNER, the 2021 AAWW Publishing Conference, will convene experts and authors across industries and genres to share candid insights, advice, and experiences. From the latest generation of literary editors to some of the newest voices in the speculative genre, from academics to Hollywood screenwriters, we're exploring the craft of writing...
July 5 6:30 PM

***POSTPONED*** Workshop: Building an Independent Paid Newsletter with Yanyi
Yanyi
*****POSTPONED FOR A LATER DATE***** **The Asian American Writers’ Workshop is a space that seeks to uplift and celebrate BIPOC and queer, trans, and nonbinary folks of color. We ask allies to take a step back and enjoy our programs in another capacity.** Independent publishing has historically been a way...
July 13 7:00 PM