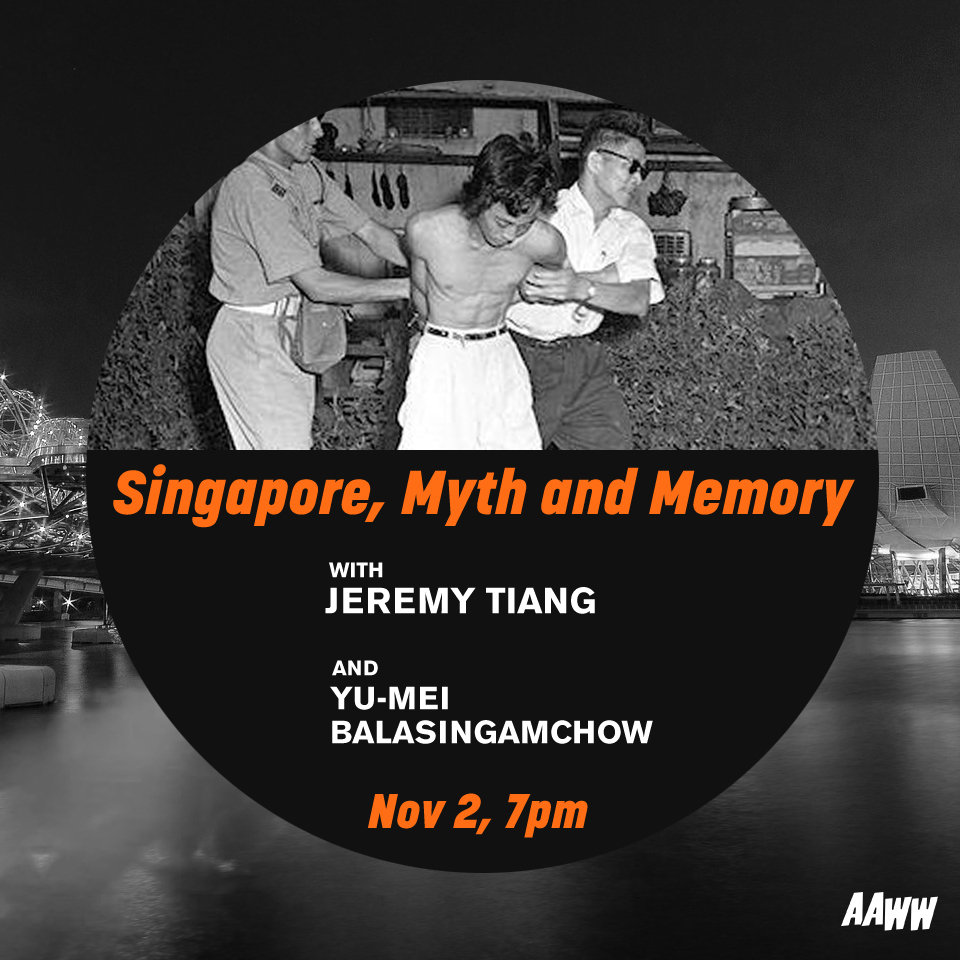 Singapore recently celebrated it’s 50th birthday and its sparkling status as the “Switzerland of the East, but stories of rebellion and subversion remain just below the surface. In Jeremy Tiang’s thrilling debut novel, State of Emergency, an explosion in an office building in Singapore in 1965 unravels an epic story of a family caught up the spontaneous turns of history. Join Tiang, “one of Singapore’s finest living novelists,” according to The Straits Times, in conversation with historian and fiction writer Yu-Mei Balasingamchow for a discussion about the nearly forgotten leftist movements that rocked Singapore and Malaysia, and remain suppressed in official narratives.

State of Emergency is Jeremy Tiang’s explosive first novel. The book was thrust into the spotlight in Singapore after the National Art Council’s controversial decision to withdraw funding for the book for its political content. Despite the pushback, the book is critically acclaimed; Singapore’s Esquire Magazine writes “no obstacle will hinder the release of Jeremy Tiang’s debut novel.” The Straits Times writes “Tiang has that rare talent for capturing some of the more unpleasant, eminently relatable aspects of Singapore society.” The book was a finalist for the 2016 Epigram Books Fiction Prize, which honors the best Singaporean novel. Tiang is the author of the short story collection, It Never Rains on National Day (2015), which was shortlisted for the Singapore Literature Prize. He also writes and translates plays, and has translated more than ten books from Chinese, including work by Zhang Yueran, Yeng Pway Ngon and Chan Ho-Kei. He has been awarded a PEN/ Heim Grant, an NEA Fellowship, and a Henry Luce Foundation Fellowship. He is the Asia Literary Editor at the AAWW.

Yu-Mei Balasingamchow is the co-author of Singapore: A Biography (2009), and co-editor of the literary collection, In Transit: An Anthology from Singapore on Airports and Air Travel (2016). Her short fiction has been shortlisted for the Commonwealth Short Story Prize and published in the UK, US and Singapore. In 2015, she was an honorary fellow in writing at the International Writing Program at the University of Iowa. In 2017, she was writer-in-residence at Nanyang Technological University, Singapore. She lives in Singapore and is working on a novel.

Co-sponsored by Beyond Chinatown and Singapore Unbound.