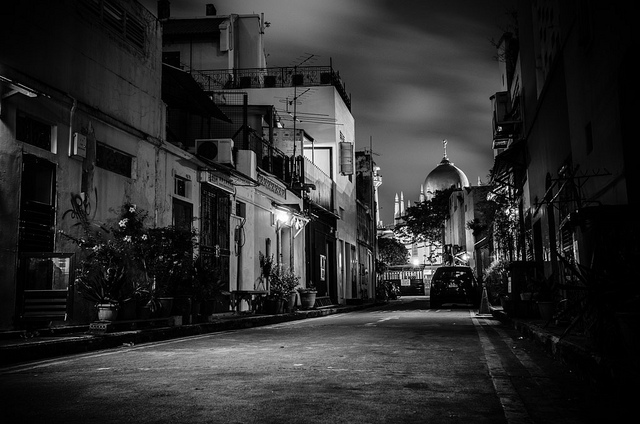 Singapore is known for order, safety, cleanliness. Singapore Noir, a new book edited by Cheryl Lu-Lien Tan, breaks us of that image. Join us for stories of geomancy, gambling, fisheries, and femmes fatales by Tan and contributors Damon Chua and Colin Goh. Moderated by Hirsh Sawhney (editor of Delhi Noir).

Cheryl Lu-Lien Tan is the New York–based author of A Tiger in the Kitchen: A Memoir of Food and Family. A native of Singapore, she is working on her second book, a novel. A former staff writer at the Wall Street Journal, her work has also appeared in the New York Times and the Washington Post, among other publications. She has been an artist in residence at Yaddo and the Djerassi Resident Artists Program.

Damon Chua is a playwright, poet, and film producer. His plays are published by Samuel French and Smith & Kraus, and his poetry by Ethos Books. A recipient of grants from UNESCO, Durfee Foundation, and the Singapore Film Commission, Chua is a lover of film noir and is delighted to be a part of this collection. His grandfather once operated a pig farm in Mandai village, a stone’s throw from Woodlands.

Hirsh Sawhney is the editor of Delhi Noir, a critically acclaimed anthology of original fiction published by Akashic Books and HarperIndia. The book has also been published in French, and an Italian edition is forthcoming. His writing has appeared in the New York Times Book Review, the Guardian, theFinancial Times, Tehelka, and various other periodicals in North America, Europe, and Asia. Joyce Carol Oates selected his short story “A Bag For Nicholas” for her recent New Jersey Noir anthology.

SEATS ARE LIMITED! RESERVE YOURS HERE.