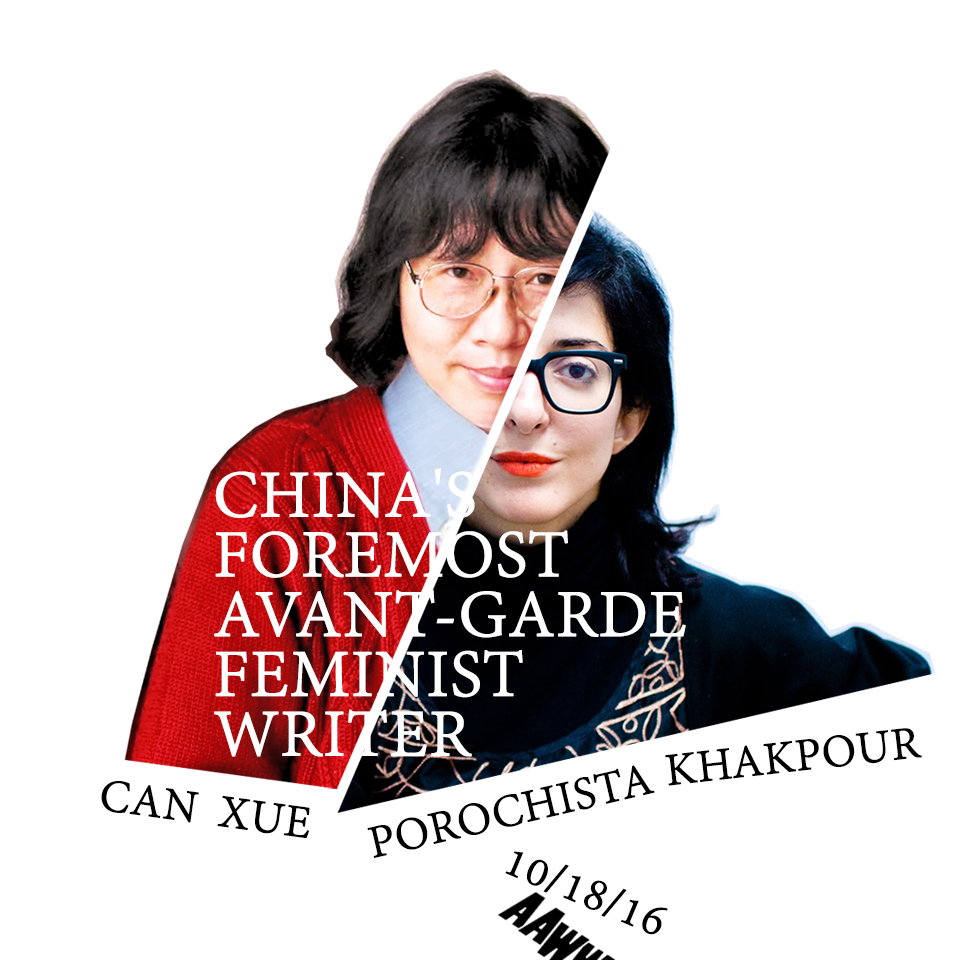 Swing by for a unique appearance by Can Xue, one of China’s edgiest avant-garde fiction writers, as well as one of the country’s most significant women writers. Susan Sontag called Can Xue the most likely possibility of a Chinese Nobel Laureate, and Robert Coover called her “a new world master.” Come see for yourself as she discusses her work with novelist Porochista Khakpour, who writes in Buzzfeed about reading her first story by Can Xue and finding it one of the “strangest, most haunting stories I had ever encountered.”

After her family was persecuted during the Cultural Revolution, Can Xue emerged as the 1980s literary explosion in China called the High Culture Fever. As Dylan Suher writes in Asymptote: “But unlike her contemporaries, who sought out an untainted primitive past or aimed to record the traumas of the Cultural Revolution, Can Xue has no interest in Chinese folklore or politics. The bold innovations of her oeuvre—executed in a colloquial yet writerly style that emphasizes the rapid shifts in space and narrative logic—surpass the experimentation of her Chinese contemporaries…. [and] are sometimes even more adventurous than those of the Western modernist writers she so admires.” Influenced by Butoh and Modernists like Kafka, Borges, Calvino, and Musil, Can Xue is the author of Five Spice Street (Yale University Press 2012), which follows “an enigmatic ‘Madame X’ in Xue’s first novel-length work to be published in English” in a book that blends surrealism à la Dali with a hefty dose of existential angst” (Booklist) and The Last Lover (Yale University Press 2014), which won the Best Translated Book Award for Fiction and Book of the Year from The Independent, which praised Can Xue as “a maverick outsider” capable of “mind-stretching enchantments.” (The former was translated by Karen Gernant and Zeping Chen; the latter by Annelise Finegan Wasmoen.) As Can Xue told Asymptote, “I turn towards the dark abyss of consciousness and plunge in, and in the tension between those two forces, I build the fantastic, idealist plots of my stories.” “Can Xue” is a pen name that means “stubborn, dirty snow.”

Porochista Khakpour’s debut novel Sons and Other Flammable Objects (Grove/Atlantic, 2007) was a New York Times “Editor’s Choice,” Chicago Tribune “Fall’s Best,” and 2007 California Book Award winner. Her second novel, The Last Illusion (Bloomsbury, 2014), won a place on a number of “best of” lists, being a Kirkus Best Book of 2014, a Buzzfeed Best Fiction Book of 2014, and an NPR Best Book of 2014. Check out an interview with her in AAWW’s The Margins.