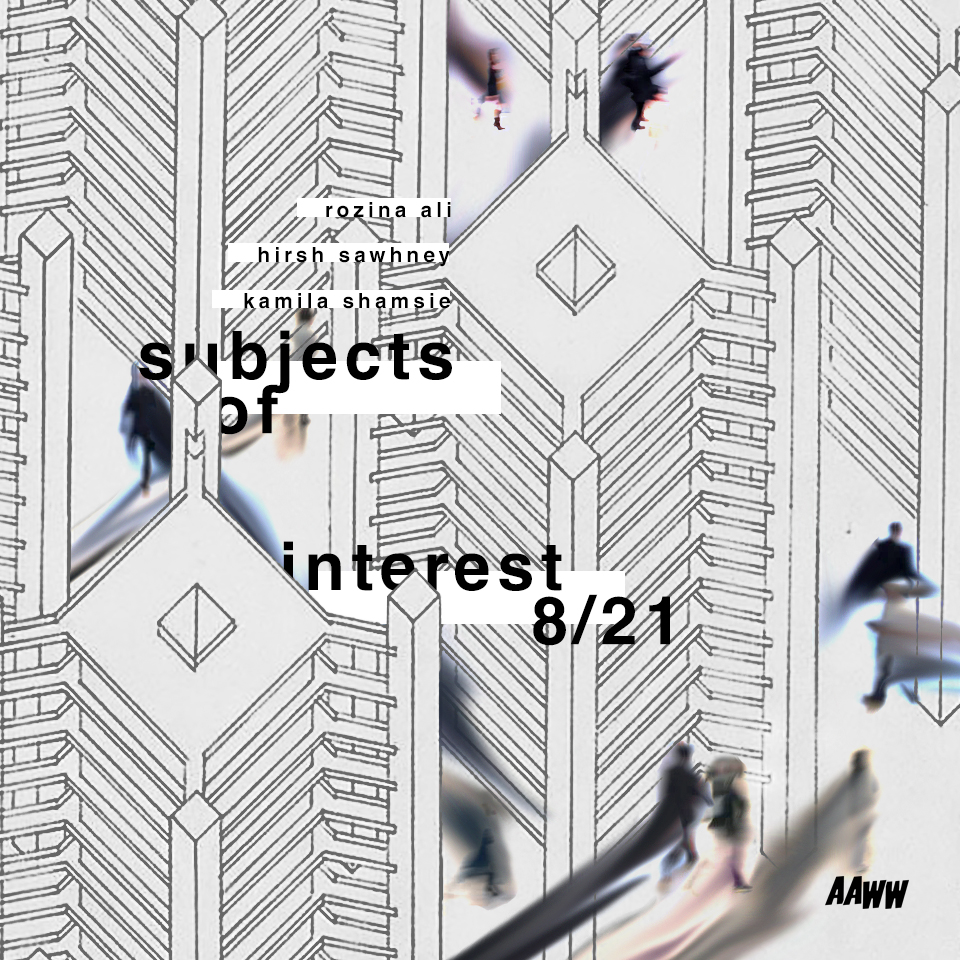 How does private grief come to blend into today’s turbulent political landscape? For the South Asian families at the center of Kamila Shamsie and Hirsh Sawhney’s latest novels, the death of parents launches surviving family members into unexpected political terrain. In Shamsie’s Home Fire and Sawhney’s South Haven, grief blurs with anger, borders, and resurgent nationalism, complicating the families’ allegiances to their home countries and adopted homes in the West. Moderated by Rozina Ali, who writes about India and Pakistan for The New Yorker.

“The ones we love…are the enemies of the state” is the epigram that starts off Kamila Shamsie’s bracing and epic new novel, Home Fire (Riverhead, 2017). Just recently long listed for the 2017 Man Booker Prize, Shamsie’s novel takes Sophocles’s classic tragedy Antigone as the starting point for her novel about political tensions in the War on Terror and the way it splinters Muslim families in the West. Isma and Aneeka, two sisters who grew up in a British-Pakistani community in North London, are angry and devastated with their brother, Parvaiz, mysteriously disappears to Raqqa, lured by a false promise of jihad that painfully echoes the same choices that led their absent father to fight around the world and eventually die in obscurity en route to Guantanamo. Kamila Shamsie was born in Karachi, Pakistan. Home Fire is her first novel since becoming a British citizen in 2013. She is the author of several previous novels, including Broken Verses and Burnt Shadows. She has been named one of Granta’s Best of Young British Novelists and a fellow of the Royal Society of Literature. Check out John Freeman’s recent conversation with Shamsie in London at Literary Hub.

Hirsh Sawhney’s debut novel South Haven (Akashic Books, 2016) illustrates how grief complicates and splinters intimacy in an Indian-American family. The Aorta family is not struggling, nor have they landed the “American dream,” but they have achieved the major middle-class benchmark of living in a New England suburb in the 1990s. When ten year-old Siddharth’s mother dies in a car accident, it reveals the fragility of a family living between two countries. The need for belonging affects all the grieving Aortas differently; while young Siddharth rebelliously eschews good grades and an interest in his parents’ homeland for a group of friends preoccupied with drugs and porn, his enviably well-adjusted older brother Arjun becomes politically active and buries himself in school, and his father, Mohan Lal, struggles with depression and alcoholism that lead him to an unexpected yet quickly entrenched embrace of Hindu fundamentalist politics. Hirsh Sawhney recently wrote about the rise of Donald Trump, Modi, and strongmen from a bar in New Haven for the Times Literary Supplement. He is the editor of Delhi Noir, a critically acclaimed anthology of international literature, and teaches writing at Wesleyan University.

Rozina Ali is a journalist based in New York City. She is on the editorial staff at The New Yorker, and a contributing editor at The Cairo Review of Global Affairs in Egypt, where she was senior editor from 2013-2015. She writes about Middle East and South Asia, national security, and Muslim affairs in the U.S. You can follow her on Twitter at: @rozina_ali