Tell Me How to Be
Neel Patel, Abdi Nazemian

Join us as we celebrate the launch of Neel Patel‘s debut novel, Tell Me How to Be, with a reading and 1:1 author conversation with Neel. This “daring, hilarious, poignant” (Deesha Philyaw, author of The Secret Lives of Church Ladies) story of the bond between an Indian-American mother and her son, and the secrets they hold from each other is by turns hilarious and heartbreaking, and not easily forgotten. Neel will be joined in conversation by author, screenwriter, and producer Abdi Nazemian.

Purchase a copy of Tell Me How to Be by Neel Patel from our friends at Books Are Magic! 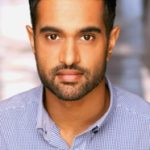 NEEL PATEL is a first-generation Indian American who grew up in Champaign, Illinois. His debut story collection, If You See Me, Don’t Say Hi, was a New York Times Book Review Editor’s Choice and was long-listed for the Story Prize and the Aspen Words Literary Prize. He currently lives in Los Angeles. Tell Me How to Be is his debut novel. 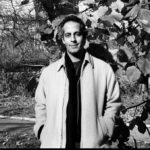 ABDI NAZEMIAN is the author of four novels. His first, The Walk-In Closet, won the Lambda Literary Award for LGBT Debut Fiction. His most recent, Like a Love Story, was awarded a Stonewall Honor, and was chosen by Time Magazine as one of the 100 best young adult books of all time. His upcoming novel, The Chandler Legacies, will be released in February 2022. His screenwriting credits include the films The Artist’s Wife, The Quiet, and Menendez: Blood Brothers, and the television series Ordinary Joe, The Village and Almost Family. He has been an executive producer and / or associate producer on numerous films, including Call Me By Your Name, Little Woods, and Scotty and the Secret History of Hollywood. He lives in Los Angeles with his husband, two children and their dog Disco.

Tell Me How to Be