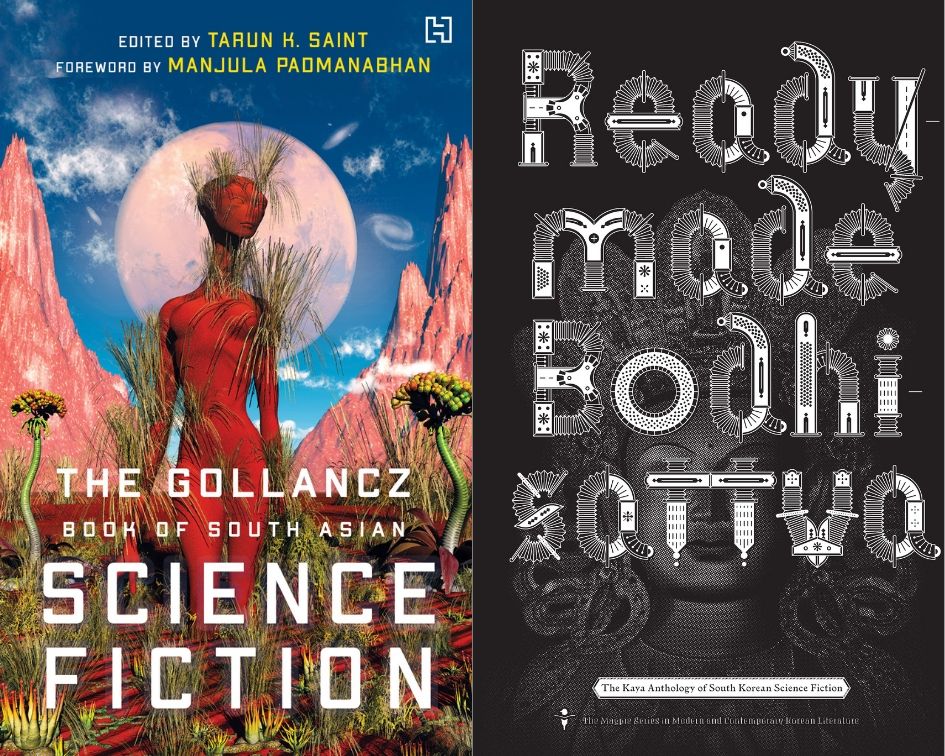 RSVP HERE! $5 Suggested Donation
No one will be turned away for lack of funds. All donations go to AAWW public programs. The Asian American Workshop is a national nonprofit dedicated to the belief that Asian American stories deserve to be told.

Alice Sola Kim, a left-handed anchor baby currently residing in New York, is a winner of the 2016 Whiting Award. Her writing has appeared or is forthcoming in places such as Tin House, The Village Voice, McSweeney’s, Lenny, BuzzFeed Books, and The Year’s Best Science Fiction and Fantasy. She has received grants and scholarships from the MacDowell Colony, Bread Loaf Writers’ Conference, and the Elizabeth George Foundation.

Nur Nasreen Ibrahim is a television producer by day and a writer by night. Born and raised in Pakistan, she is currently based in the United States. She was a finalist for the inaugural Salam Award for Imaginative Fiction. Her essays and reviews have appeared in Catapult, The Millions, The Collapsar and other publications. Her fiction has appeared in Platypus Press’ ‘Shorts’ series, Specter Magazine, Salmagundi Magazine, The Aleph Review, Barrelhouse, and in The Gollancz Book of South Asian Science Fiction from Hachette India.

Ruoxi Chen edits science fiction and fantasy in New York City. Her work appears in or is forthcoming from Electric Literature and The Dark.

THIS IS AN OFFICIAL BROOKLYN BOOK FESTIVAL BOOKEND EVENT.

Hosted by Kaya Press in partnership with the Asian American Writers’ Workshop.

Queer Longings & Longevity: A Workshop
Kay Ulanday Barrett
“Queerness is a longing that propels us onward, beyond romances of the negative and toiling in the present. Queerness is that thing that lets us feel that this world is not enough, that indeed something is missing." - José Esteban Muñoz Queer Longings & Longevity is exploratory and generative and...
January 22 7:00 PM 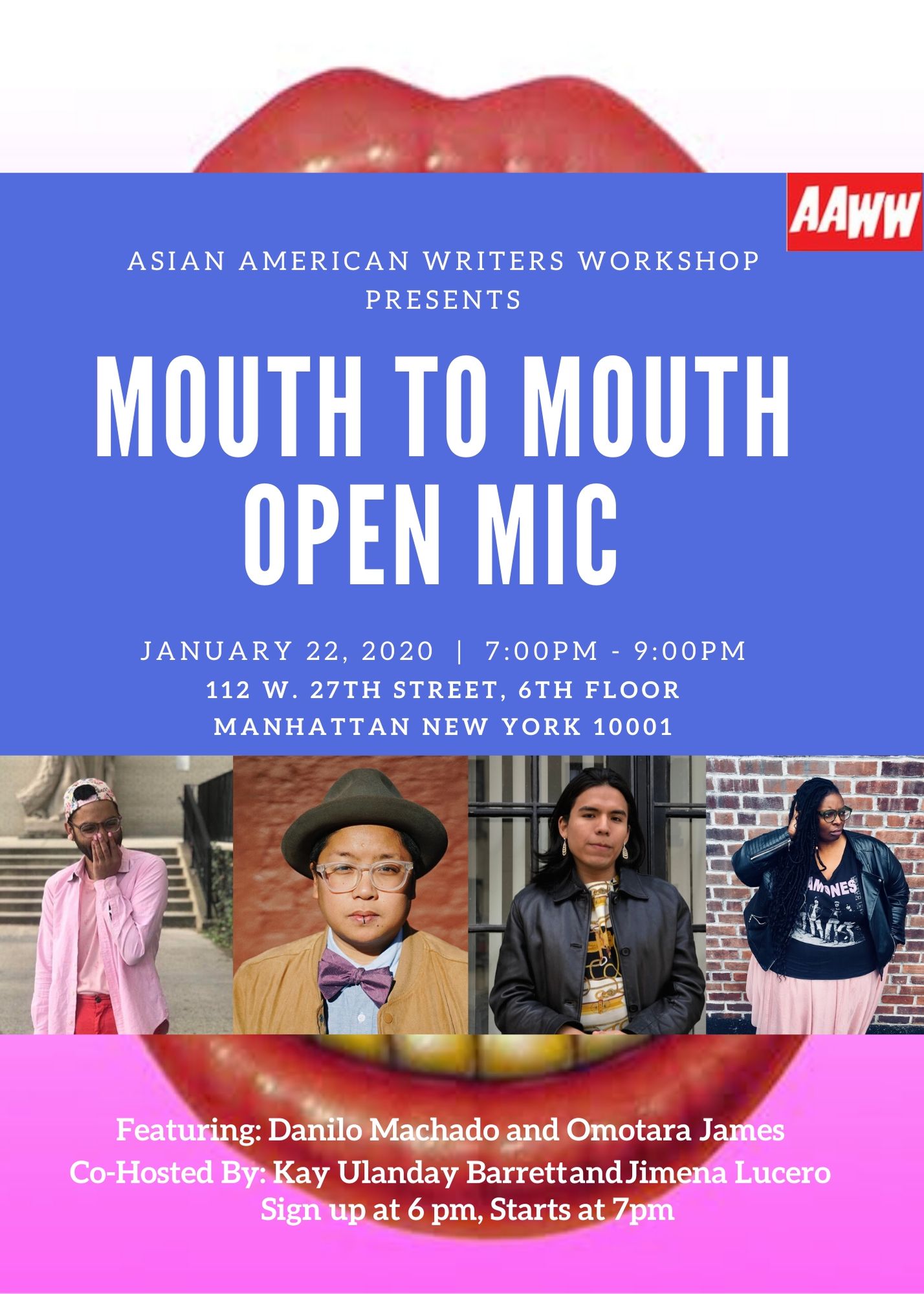 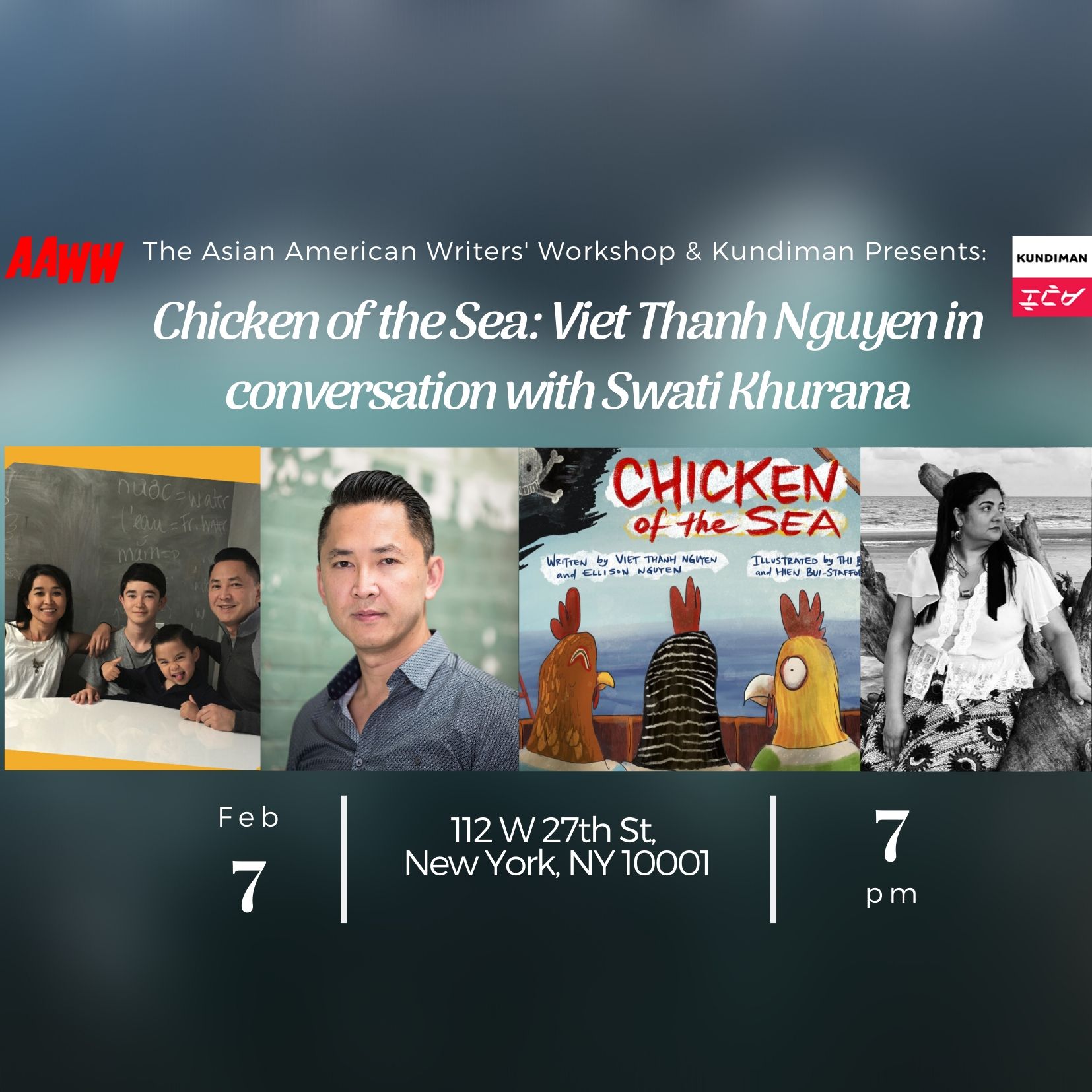