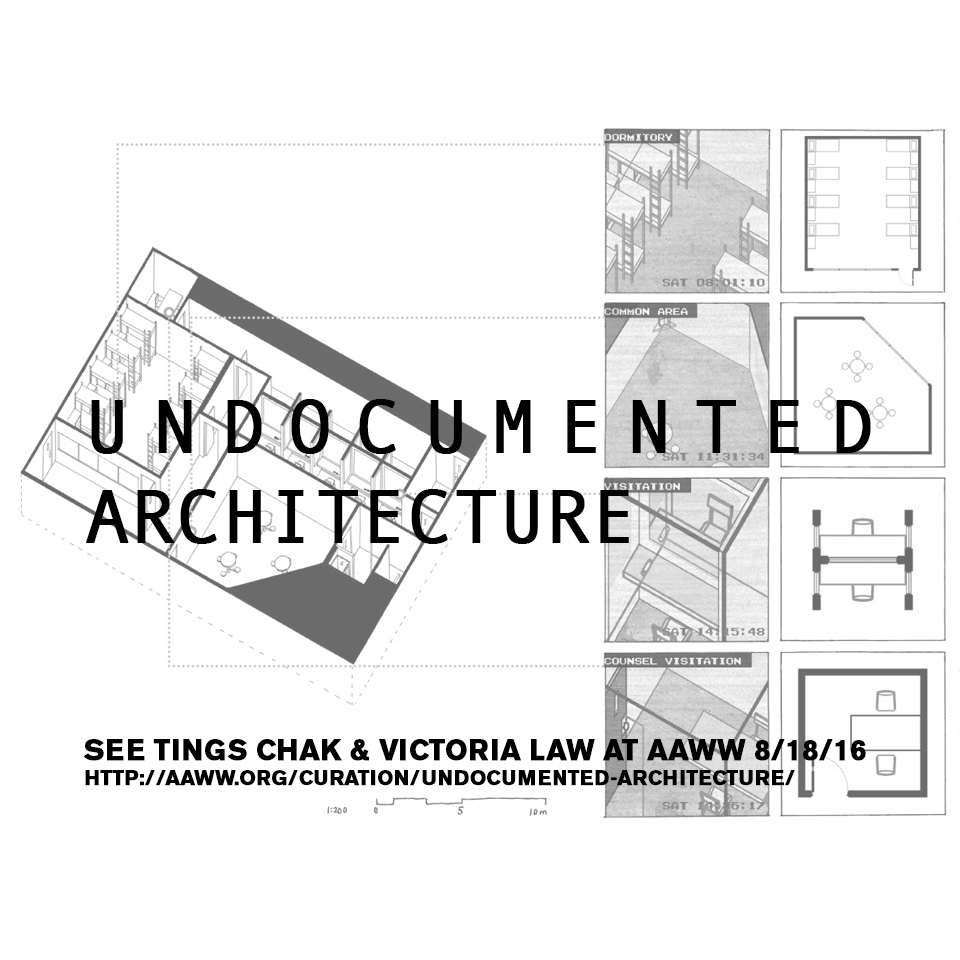 Join us for the U.S. launch of Tings Chak’s Undocumented: The Architecture of Migrant Detention, a graphic novel that documents the banality and violence of immigration incarceration centers. She’ll discuss the work with freelance journalist Victoria Law, which will be facilitated by a member of AMPLIFY(HER). At the intersection of prison abolition and migrant justice, we explore counter-narratives that highlight resistance by incarcerated women and migrants.

Undocumented explores the growing industry of immigration detention and questions the role of architectural design in such spaces. Using the conventional architectural tools of representation, Undocumented situates, spatializes, and confronts the voices of those who are detained and the anonymous individuals who design spaces of confinement. An architecturally-trained artist based in Toronto, Tings Chaks draws inspiration from anti-colonial, migrant justice, and spatial justice struggles. Undocumented grew out of the collective organizing work led by immigration detainees in the maximum-security Central East Correctional Centre and through the End Immigration Detention Network.

Victoria Law is a freelance journalist who focuses on the intersections of incarceration, gender and resistance. She also publishes Tenacious, a zine of art & writings by women in prison. Her first book Resistance Behind Bars: The Struggles of Incarcerated Women (PM Press 2012) examines organizing in women’s jails and prisons across the country. Her next book, tentatively titled Your Home is Your Prison, critically examines proposed “alternatives” to incarceration and explores creative and far-reaching solutions to truly end mass incarceration.

The event is free
Open to the public
RESERVE A SEAT!