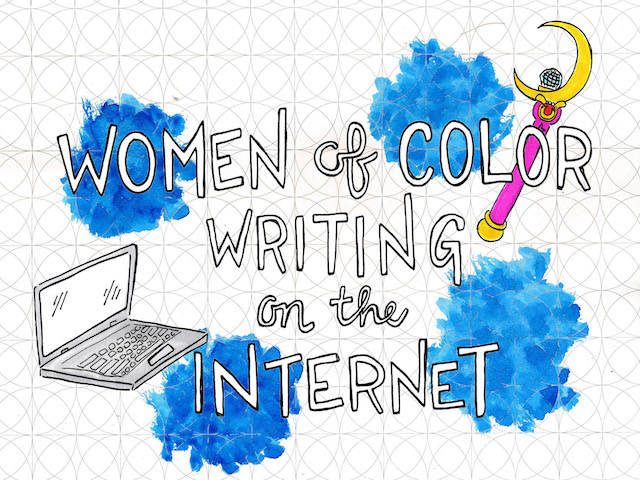 Join Kate Gavino with an awesome lineup of emerging writers talking about the challenges, thrills and tribulations of writing as a women of color online. Gavino’s Last Night Reading literary event illustrations have blown up to be a Tumblr sensation. She’ll be joined by Esther Wang, Adalena Kavanagh, Larissa Pham, Morgan Jerkins, and Mallika Rao.

Brooklyn-based illustrator Kate Gavino attended hundreds of literary events in New York. She drew inspirational quotes from the authors she saw and posted them on her Tumblr, Last Night’s Reading. The series has now been published as a book, Last Night’s Reading: Illustrated Encounters with Extraordinary Authors (Penguin 2015) featuring illustrations of writers like Zadie Smith, Lev Grossman, and many authors at AAWW events, like Viet Nguyen, Kimiko Hahn, Vu Tran, Cecily Wong, and Amitava Kumar. “Part of the appeal of literary readings is the chance to see in person the writers behind the books—to see how they carry themselves, to listen to them speak, and to witness their offhand moments of humor or insight,” Poets and Writers notes. “Illustrator Kate Gavino captures these moments in her new illustrated book.”

Women of Color Writing on the Internet