About a decade ago, I became familiar with the work of filmmaker Dai Sil Kim-Gibson, who’s best known for documentaries on the 1992 L.A. Riots and Japan’s system of sexual slavery during WWII. On panels and during post-screening Q&As, with her unmistakable fan of frizz-curl, she always struck me as sharp and unflinching.

I finally met her in person last year, for an interview occasioned by a film retrospective. But when she entered the uptown diner where we’d agreed to meet, she was frailer, sadder than I’d imagined. 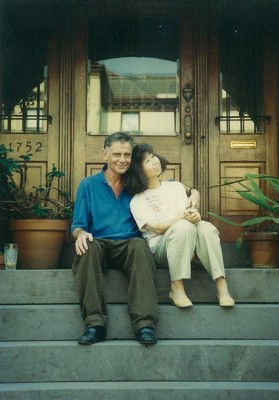 I understood, not long into that conversation, the source of her melancholy. Her husband Don Gibson had passed away, from Crohn’s disease, in 2009, and his departure was still raw, viscerally felt. Dai Sil spoke of him generously, dabbing her eyes with rough diner napkins. Her mourning was vast and near the surface, ready to well forth.

In the 1970s, Dai Sil and Don met as coworkers at the National Endowment for the Humanities.

“Something started to click one Saturday in late autumn, 1978,” she said—and a year later they wed, both at the age of 41.

Through a painful miscarriage and Don’s long battle against Crohn’s and other chronic ailments, the couple remained inseparable, living as lovers, friends, and political allies in an apartment overlooking the Hudson River.

Today, three and a half years after Don’s death, Dai Sil is still adjusting to her quieter existence. A few months ago, she published the first and tentative fruits of this sense-making: Looking for Don: A Meditation.

We recently discussed this and other projects, and the significance of widow memoir.

Open City: With the 20th anniversary of the L.A. Riots in April, you were invited to reflect on your documentary work of that city and era. But do you see yourself as having largely left documentaries and film for memoir and text? 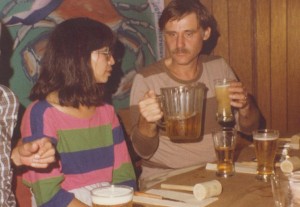 Dai Sil: I am not as young and energetic as I would like to be. I need to be “choosy” about what I do. Filmmaking takes up enormous energy—not so much making the film but raising funds. Writing has its own problems (like nobody wanting to publish your work), but at least it does not cost money to write [and] I have always wanted to be a writer.

[But] I still have at least a couple more films in my blood. One, a documentary about North Korea, and the other, a feature drama that tells the story of my late husband, Don, an Iowa farm boy, and me, a [northern] Korea-born American. Charles Burnett (Killer of Sheep) and I will co-write the script, and Charles will direct and I will produce the film.

Open City: You also wrote a memoir about your husband, who passed away over three years ago. Looking for Don: A Meditation—with its diaristic entries, poems, and paintings—strikes me as a project borne of necessity. Can you describe the process through which it came about? 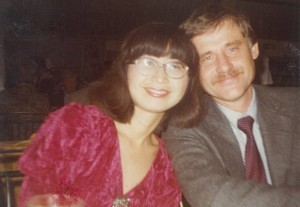 Dai Sil: You are perceptive to say that my book is a project “borne of necessity.” I did not write this book. The book emerged from what I had to do to survive my deepening grief. I had to find a way to talk with him. Every morning [after he died], when I got up, I would come to my writing room, next to Don’s study, and say, “Good morning, Don,” as if he were still there. Then I would talk, that is, write. When I could not write, I painted. When my emotions ran high with grief—that endless and bottomless grief—such that I could not write long narrative, short verses, sometimes just a word, would come out, which became “poems.”

Open City: Widow memoirs have proliferated, Joan Didion’s The Year of Magical Thinking being the most famous. Why do women embrace this genre or format during their mourning?

Dai Sil: I read [Didion’s] book twice, once before Don’s death and the second time, after. The sea into which I was thrown by Don’s death was much too rough and deep to deal with the “refined” sadness of Didion—so well-researched, so carefully thought through, so well written. For me, the writer Didion overshadowed the widow Didion. 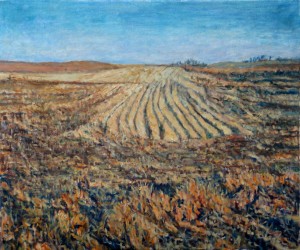 If I had to choose one widow memoir, it would be Nothing Was the Same by Kay Redfield Jamison. It has a straightforward narrative, full of analysis and synthesis, mixed with poetic eloquence. It touched me with quiet force.

Widow memoir is talking aloud about loneliness, regrets, guilt, and struggle… since [we] are usually impatient with others’ grief. For the most part, I’ve ceased expressing my grief to friends and relatives. When the sorrow and loneliness choke me, my need for release becomes dire. So I write and paint.

Open City: What do you hope your book conveys?

Dai Sil: In widow memoir, [the themes are] fundamentally universal—grief and loss. [I hope the book conveys lessons] about love, a relationship in which dependence is strengthened by respecting each other’s independence, and a grief that deepens with the passage of time but makes living possible. I hope that sharing my deeply personal and intimately honest grieving life will touch readers, not just those who’ve lost their loved ones but also those who seek relationships that are alive.

Open City: Do you feel that writing and painting about Don serves a healing or therapeutic function? Perhaps this makes a wrong assumption—that a great loss can or should be “repaired?”

Dai Sil: I have found that the “time as healer” theory does not work. For me, grief deepens as time passes; and it does not go away. What is true, however, is that I am getting better at learning to live with it. For me, writing and painting have much more than functional or therapeutic value. They come from my soul’s need to find Don in his physical absence. 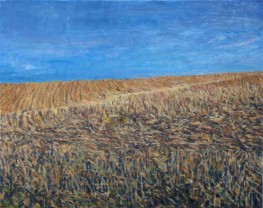 Open City: A while ago, you’d planned to follow up on Looking for Don with a joint memoir, based in part on the writings Don left behind. You’ve now decided to write two separate memoirs: yours and, posthumously, Don’s, as well as a possible narrative film about your life together. What motivates these projects, and what do you hope they’ll achieve?

Dai Sil: I’d promised Don that I would finish our joint memoir, which we’d been working on for several years. After Looking for Don came out, I realized that whether Don told the stories or I did, we were always jointly present. Don left a large body of writings about how he was reared under that beautiful Iowa sky. He also wrote a lot about our life together. [That book], Iowa Sky, will be out in 2013. Then I plan to have my own memoir, Korean Sky, follow it. While I am working on these memoirs, Charles Burnett and I are going to work on a script of our lives to make a feature narrative. I am thinking about titling the film, “Shoulder Friends.”

At the most personal level, these works will continue to bring Don to friends and strangers. I will share that what’s most essential in human life overcomes even death. And if the books and film are good, I will simply achieve what every writer and filmmaker wishes: a work of art that touches the human soul and spirit. 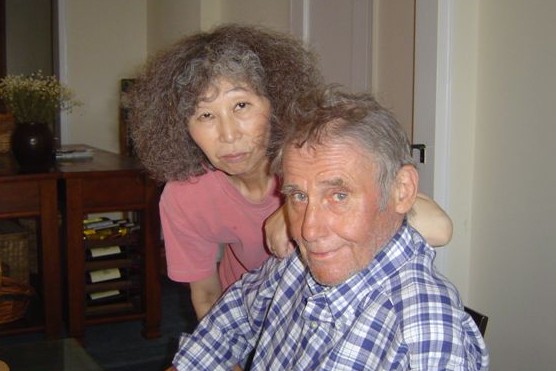 What Makes Pussy So Problematic?
The story behind Japanese artist Rokudenashiko's arrest for her vagina-inspired sculptures

Teaching Hope, Teaching Rage: An Interview with Mike Copperman
The writer and teacher speaks on navigating Mississippi's racial politics and his experience in public education as "forged in violence."