In English, you choose to be gender-neutral. In Indonesian, it’s a gift from the language. 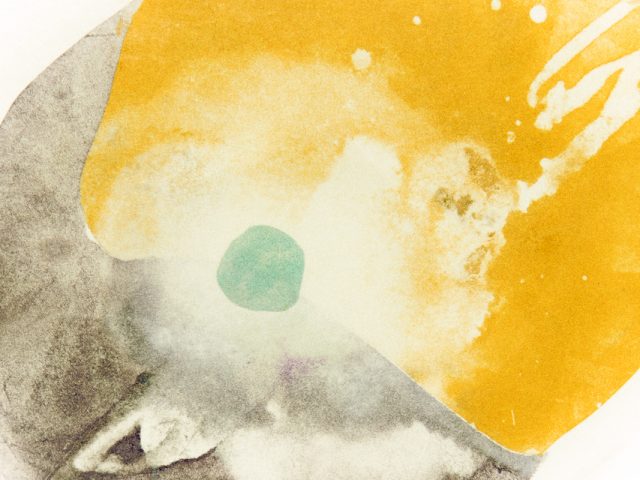 The following conversation between poet Norman Erikson Pasaribu and his translator Tiffany Tsao–in which they discuss the challenges and revelations of carrying Norman’s collection of queer poetry Sergius Seeks Bacchus from Indonesian to English–is the eighth installment in The Pronoun folio of the Transpacific Literary Project. Find the rest of the folio here.

Every queer love story ends with a gender-reveal party.
The ‘every’ is factually wrong, of course. I know that not all Indonesian books are shy about their homosexuality.
But I grew up consuming same-sex love stories written by
hetero writers, and a lot of them involved a gender-reveal
twist at the end. I remember reading Dee Lestari’s short story
collection Filosofi Kopi and finding “Lara Lana”—a doomed
and complicated love story between two relatively secure
Indonesians. Only at the end of the story does the reader learn
that “Lana” (a female name) is actually short for “Maulana”
(a male name), and this is the reason for the couple’s doomed
love. The name revelation functions as a proxy for their defeat.
Indonesian language makes this device possible since our
pronouns are gender-ignoring: aku (I), kamu (you, more
intimate), kau (you, more serious), ia (gender-neutral
third-person), dia (gender-neutral third-person), mereka
(they/them), kami (plural first-person when speaking to someone),
kita (we/us), kalian (plural second-person). And these are just
some of the pronouns used. This list doesn’t take into account
the ones you use in formal settings, the ones used in casual
contexts, and ones influenced by other languages within Indonesia.
TIFFANY

Yes, different languages can provide such different
infrastructures for processing information and making
certain kinds of information more or less important. In
Indonesian, pronouns make immediately apparent where
people exist in relation to one another: whether “we”
includes the listener or not; whether “you” is part of a
larger group or just all by its lonesome. And the varying
degrees of formality for “I” and “you” and “they/him/her”
indicate how close people are, whether they are in a
higher or lower position in relation to oneself, etc. A
person’s perception of you can be embedded in the
sparsest of sentences! Yet, what is regarded in English
and a lot of European languages as such an essential
component of language—gender—is revealed by
Indonesian not to be so essential at all.

Of course, this doesn’t mean that heteronormativity
doesn’t exist in Indonesian. Rather, it means the
language doesn’t facilitate its expression as easily.
Hence the “gender-reveal party” genre, which relies on
assumptions about straight love being the default love
that are pervasive but not apparent through language.

I want to go back to when I started attending literary
events in 2008. I found a Facebook post by an Indonesian
writer about his short story that quoted Wislawa Szymborska’s
“Suicide Room”, where he said the poem sounded better in
English. He said it was because the gendered pronouns
allowed the reader to effortlessly distinguish between the
two people mentioned in the poem: Saskia (she/her) and a
nameless man. This perception—that the genderless pronouns
of Indonesian are a problem—had been in circulation for a
while. Ajip Rosidi mentions in his essay ‘Kata-Kata yang
Membedakan Kelamin’ [Gender-Differentiating Words] a
suggestion by Anas Ma’ruf (an Indonesian poet, born in
1922) that we should gender our pronouns and make “ia”
male, and “dia” female.

I have to say, this is a very anglo-centric idea that
benefits no one. As a writer who was born male, who grew up
with nonbinary experiences, and who is also familiar with
English, I think we should let Indonesian pronouns remain
genderless. When I look back, I think the gender-ignoring
pronouns made life less confusing for me because I could
always address myself in a non-gendered way. The pronouns
provide natural room for nonbinariness, even though I also
acknowledge that they can act as a double-edged sword (i.e.,
they facilitate the erasure of queerness that is this genre of
‘gender-reveal party’ literature).

I think when the gender-reveal stories finally lose their
power to “shock” is when we can talk about true progress
made in destabilizing heteronormativity. We want to
get to the point where a reader finishes one of these
stories and thinks, “I don’t get it. So the two thwarted
lovers are both “he” or both “she”. That’s not supposed
to be surprising, is it?”

In this sense, the gender-reveal stories are hindrances
to progress disguised as progressiveness: they rely on,
and so in some sense reinforce, heteronormativity in
order to work.

It’s only when we break away from binary thinking—from
believing that non-gendered pronouns are doing an
insufficient job of accurately describing a world that
is divided into “he” and “she”—that we appreciate this
gender-ignoring quality of Indonesian as a strength
not a weakness.

As a language, Indonesian has the potential to open our
eyes to gender fluidity and the freedoms from
genderedness. In this respect, working with you on the
translation of Sergius Seeks Bacchus was an exercise in
deheteronorming my mind. As someone for whom
English is largely my first language, I kept thinking
the gender-neutral pronouns were hiding a ‘he’ or a ‘she.’
This has been true in cases where I’ve translated prose:
in Laksmi Pamuntjak’s The Birdwoman’s Palate, I
remember there were several cases where I would
translate a ‘he’ as a ‘she’ in an ambiguous section and
Laksmi would correct me because she did have a specific
gender in mind. In the case of Sergius, I kept asking
you whether various people in the poems were male or
female. I wanted to pin them down. Because to me, there
was a gendered reality that I felt I needed to
accurately taxonomize.

Yes, the gender-reveal party is rooted in heteronormativity,
on an assumption that everyone is binary and heterosexual.
I become more aware of this relationship between pronouns
and gender identity after I went abroad to Vigan in 2017
for a residency from RMIT University. In Vigan, English
became an actual means of conversation: to include myself
in writing workshop discussions, to share with new friends
why I wrote, even to order food from nearby restaurants.
It became apparent that pronouns actually represented who
you were. For the workshop, I wrote a poem “Report on
Norman” where I addressed myself as a “he.” Only a few
months after that I felt that a “he” was not enough. When
you feel more intimate with a new language, you start feeling
the need to check what you have said or written: Does this
capture all the nuances of what I want to say? Language
can be very culturally specific, so is my “he” the same “he”
as his or her or their or your “he”? If we have a different
idea of being a “he,” is it fair for me to call myself a
“he” at all when I know I am a gender-neutral “dia” to begin
with?

This also made me think of Marianne Katoppo, who asked in her
book Compassionate and Free these ironic questions: If God is
a man, how can he understand what it means to be a woman? And
what do you expect from me when you switch me with a ‘he’ or
‘him’? What do I expect you to understand when I put a ‘he/him’
in my Twitter profile, for example?

I remember asking you to revisit all of the poems just so we
could better understand the pronouns and ask whether they
could give at least some hint of the original language. English
is not my first language, and Indonesian is not your first
language. I feel that this situation is perfect because it
can only work for us both if we keep asking and answering and
listening. For me the gender-neutral “they/them” will always
be different from the gender-neutral “ia,” “dia,” “mereka”
because “they/them” will always stand beside “he” and “she.”
In English, you choose to be gender-neutral. In Indonesian,
it’s a gift from the language.

This. This was shocking to me: the revelation of just how
rooted in heteronormativity my thinking was. When I see
an Indonesian third-person pronoun I instinctively assign
it a gender, translating it into “she/her” or “he/him.”
Unlike in English, the gender-ignoring pronouns have
been around from the very start—from before Indonesian
was officially made a language at all. And in this sense
they are utterly conventional, traditional even—whereas
the singular “they/them” in English is considered
“progressive” and still fighting for validity in some
arenas.

Remember how I kept asking you over WhatsApp whether
each “ia” or “dia” was a “she” or a “he”? And I said
something like, “Wow, the gendered pronouns of English
are forcing the third-person pronouns to come out, to
reveal whether they are ‘he’ or ‘she’.” It had never
occurred to me that they could be neither. My
assumption was that the gender-neutral pronouns were
concealing a gendered reality. I didn’t embrace the
possibility of them reflecting and creating a reality
in which one could be gender-fluid.

Even though we’ve used the neutral “they/them” in some
poems, do you think the gendered pronouns of English
inherently impose limitations on this English edition
of Sergius Seeks Bacchus?

I now find so much beauty in being limited, in
losing things “in translation.” I think that is
what makes the act of writing precious, that it
doesn’t give us something stone rigid and invincibly
durable. Instead, we are given something that will
diminish if we don’t celebrate it, if we don’t
translate it with love. Also, I recently found
this little quote—I now forget from where: a face
doesn’t need a mask, a mask will always need a face.
Do we still need pronouns when we know that they
will never contain every one of us perfectly? It is
a question I can never answer. So, in reading Sergius
Seeks Bacchus, rather than putting the whole
burden on the translation and translators, I want
all of us to be more open in the way we read. I want
us to include people with nonbinary life experiences
whenever we are facing a text. I want us to
acknowledge the vulnerability of our languages.

Norman Erikson Pasaribu is an Indonesian writer, translator, editor. Tiffany Tsao’s English translation of his first book of poems Sergius Seeks Bacchus received a PEN Translates Award and is published by Tilted Axis Press (2019) and Giramondo (2019). Norman’s poetry and essays in English have appeared or are forthcoming in PEN Transmissions, Cordite Poetry Review, Overland Literary Journal, and Harana Poetry. His translations have appeared in AAWW’s The Margins and Asymptote Blog. He misses sushi so much as he’s afraid to leave the house and go to the mall.

Tiffany Tsao is a writer and literary translator. Her most recent novel, The Majesties, was published in the US by Atria Books in January 2020. Her most recent translation of Indonesian writing—Norman Erikson Pasaribu’s poetry collection Sergius Seeks Bacchus—came out with Tilted Axis Press in 2019 and was awarded an English PEN Translates grant. She currently lives in Sydney, Australia. 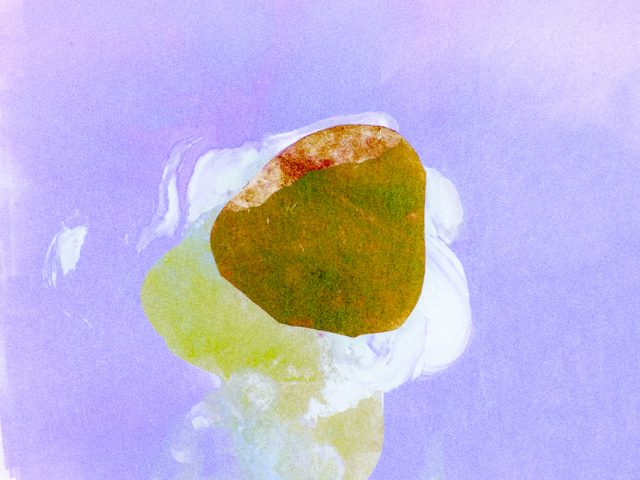 Echoes of I [ ] 我: On translating the space between subjects
A changing consciousness within Mu Dan's poetry stirs a listening in his translator 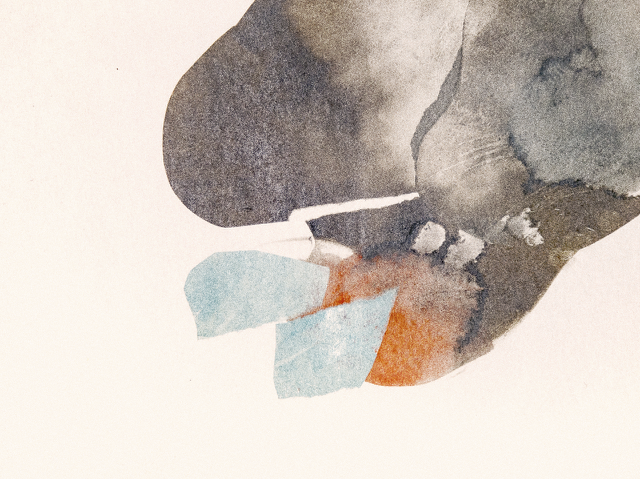 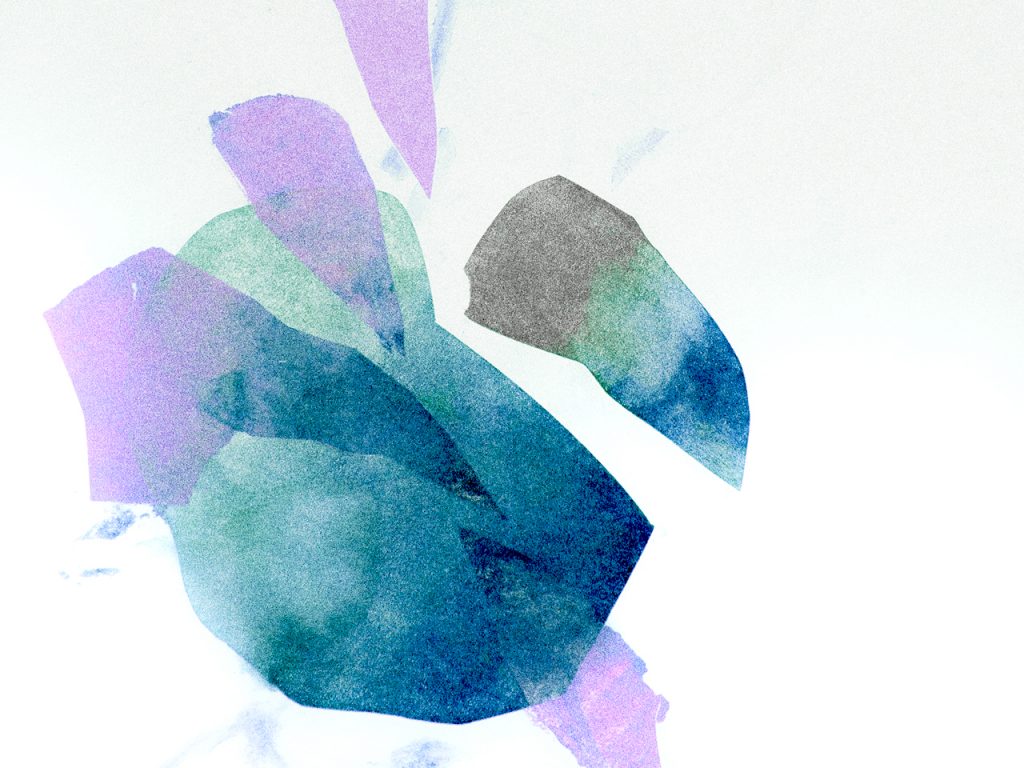