“The girl didn’t want a new life; she wanted her old comfortable life, though it was as worn out as her pajamas.” 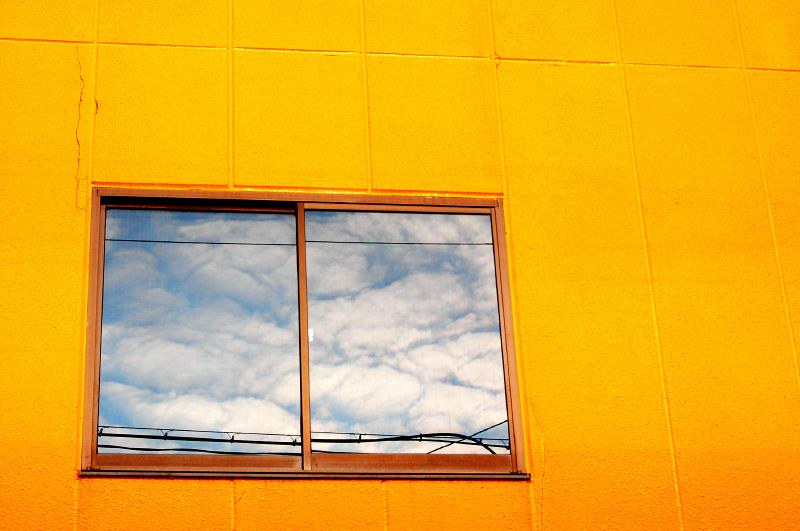 DREAMing Out Loud is PEN America’s tuition-free writing program for undocumented immigrants in New York City. Since its founding by the Mexican novelist Álvaro Enrigue in 2016, the program has served over 125 emerging voices with a mission to create community for undocumented youth through writing, position these aspiring writers as advocates for social change, and diversify the publishing pipeline to spotlight more immigrant voices like theirs.

As part of this third goal, PEN America published the first-ever literary anthology dedicated to undocumented writing in 2019. Volume two was just released this June. The 55 searing poems, short stories, memoirs, and screenplays within its pages capture an exceptionally crucial moment in American history. The Supreme Court had not yet ruled against executive attempts to end the Deferred Action for Childhood Arrivals (DACA) Program, which put 700,000 immigrants in the U.S. at risk for deportation. At the same time, COVID-19 was devastating immigrant-rich communities across the countries, and uprisings to defend Black and brown lives were occupying streets all over the world. The meditations on grief and loss in this volume show how the migrant’s struggle to survive doesn’t end at the U.S. border—it starts here.

Purchase your copy today to support these courageous new authors, and get a first glimpse inside by reading two excerpts from our contributors, t. jahan and J.P., published on The Margins.

do you know god the way i know god?
if you say no, then you don’t know god at all

is what they seem to say to me

a strange figure casually?
places his hand against the small of my back
but i think better me than the child
beside me who gets asked,
hon how old are you?

men with carry-on baggage from penn station
make their way to headquarters, board meetings
holding onto the millionth copy of the witness
here in so many languages. will it teach you something
about family, and love, and the rest of the world?

us new agers, happy to consume anything anyway

Five is an Odd Age

Jane sat quietly at the corner as she watched her parents move furniture into the living room. She stared at them and then rolled her eyes towards the ceiling, noticing the dust on a fan in the middle of it. Creaks were heard and grunts were whispered into her ears. She wasn’t sure what to say or to do; she was just five. Five is an odd age. You’re not old enough to attend elementary school but you’re also old enough to know when to be quiet. And Jane, being quite a mature five-year-old, decided to keep her mouth shut since that was helping her parents. As her parents continued to locate furniture around the corners of the apartment, Jane realized how tightly she’d been holding onto her dolls from her home. Her real home. Home where the smell of freshly cooked stew filled the house. Home where her grandparents always picked her up into the air. Home where she felt as if she belonged. Home where she wasn’t a foreigner but just a child. She took her dolls close to her heart and squeezed them real tight, feeling the hard plastic poking into her bare neck. It hurt. But she kept holding them anyway.

“Jane, come here!” her mother’s voice echoed down the hall. She ignored it. “JAAANNEEEEEE!” Judging by the tone of her mother’s voice, if she ignored her once more, she wouldn’t get a snack. So she grumpily stood up and dragged herself slowly towards where the voice was coming from.

Her mother was standing in a huge room with windows protruding into the cloudless blue sky. The room was filled with big half-opened brown boxes with tape attached to them that made them look like mummies. Not wanting to touch any of the boxes, Jane tiptoed in and through them until she bumped into her mother’s leg. And even before she knew it, Jane was lifted high in the air by her mother’s warm, strong arms.

“See that red building over there?” Her mother pointed as she shifted her weight to her left foot. Jane didn’t see the building, but she nodded anyway. Jane didn’t like it here because it suffocated her for some reason. But since Jane was a good girl, she looked out at the various styles of colorful roofs clustered around with bits of trees in between.

“That’s going to be your new school, Jane. You’re going to start your new life there!” her mother exclaimed excitedly. Jane only scoffed.

The girl didn’t want a new life; she wanted her old comfortable life, though it was as worn out as her pajamas. She missed waking up to the delicious smell of her grandmother’s soup in the morning. Oh, yes, she did! It was the smell of sweet mixtures of carrots, potatoes, and red onions, all boiled together in a tall pot, wafting into her bedroom every morning.

But here, in New York City, there was neither the sight of her grandparents nor the smell of their soup. She knew her mother and father also missed their parents but were trying their best not to show it. Nonetheless, Jane missed her true home dearly.

“And see, that supermarket over there? I heard they’ve got some really fresh vegetables. Can’t wait to go over and see if that’s true or not. Oh, Jane! We’ve got to call your grandparents! What time is it over there…?”

Jane soon got tired of her mother’s endless talking and fidgeted her whole body to tell her that she wanted to get down. Her mother thankfully obeyed and put her down gently, and Jane ran away to where she had left her Barbie dolls and their clothes. Within a few short seconds, she reached them, and she hugged them tightly once more. More than ever, she missed her home, her true home where four seasons were clear.

In the spring, she missed the small pink cherry blossoms raining gently on her head when she walked alongside the road. She remembered how a small river was once filled with cherry blossoms and how people were taking photos of it. Vendors selling traditional Korean and Japanese snacks like rice cakes, sweets, and drinks filled the streets, especially in March and April. Couples talking to one another happily and seniors walking slowly with their hands crossed at their backs.

Summer was even more wonderful. Long red sunsets blushed her whole face as she hung out with her friends at the playground, and they would make fun of her saying that she had a secret crush. Her grandpa would wear a wide straw hat that draped a shadow over half of his face, and she wouldn’t even have to beg him to buy her an ice cream. She just had to ask once, and he would slowly take out the plastic bag where he put all of his money and hand her a dollar, which she would take gratefully before running off to a nearby store. She wished that time would last forever as she held her grandpa’s hand with her left hand and, with her right hand, her precious ice cream melted under the soft sunlight.

Autumn was filled with sweet potatoes, books, and palaces. As she heaped her bag over her shoulders, she would ask her grandma to pack her a light snack, usually consisting of a baked potato or cookies. And with that in her otherwise empty bag, she would joyfully journey to a library that was at the top of the hill. Though the trip was arduous, Jane didn’t mind, for her love of books was greater than that of anything else. And as she was in the library, reading books, soft autumn rain tapped against the window for hours. Sometimes she fell asleep to the sound of it.

Winter was peaceful and quiet. Her grandma would turn on an electrical heater while her grandpa found the warmest place in the house and dwelt there. And Jane, Jane would usually sit on a couch and observe them. That was happiness to her. Cold-hearted New York was plain misery to her. When it snowed, she and her grandparents would gather together on the wide veranda to see the snow and make their first wishes as puffs of air escaped their mouths in visible forms.

t. jahan , a product of the desi diaspora, dreams of transcending politics and language barriers through the written word. These days, they are writing a novel set in 1970s post-liberation Bangladesh. In their most recent writing project, they interviewed Bengali women about immigration experiences and worked with the women in a participatory process to create research-poetry based on interview themes. tinyurl.com/iamtjahan

was born in South Korea and moved to the United States when she was in fourth grade. She enjoys reading and writing as well as watching anime. She spends much of her time having writer’s block and thoughts on how to contribute to society as an Asian American. JP will be graduating this winter and she hopes to work as a writer. She’s recently changed her mind regarding getting a dog. Now she doesn’t want any pets.
Tags: