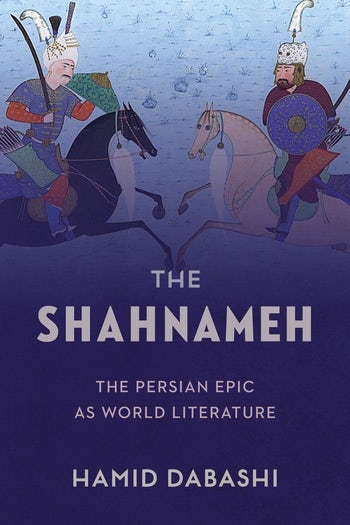 The Shahnameh: The Persian Epic as World Literature by Hamid Dabashi

Hamid Dabashi brings the Shahnameh, an epic poem recounting the foundation of Iran, to a new generation of readers. Dabashi traces the epic’s historical and poetic significance, and its storied legacy through its political uses and abuses. (Columbia University Press, January 8) 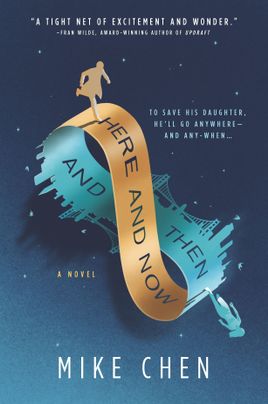 Here and Now and Then by Mike Chen

Mike Chen’s debut novel follows time traveler Kin Stewart who gets stranded in the 20th century. He falls in love and settles down—until the rescue team shows up almost two decades later. Back in the 22nd century, Kin tries to settle back in until he finds out his daughter in the past is threatened. Kin risks everything—his life, the future, and even time—to save her. (Mira Books, January 29) 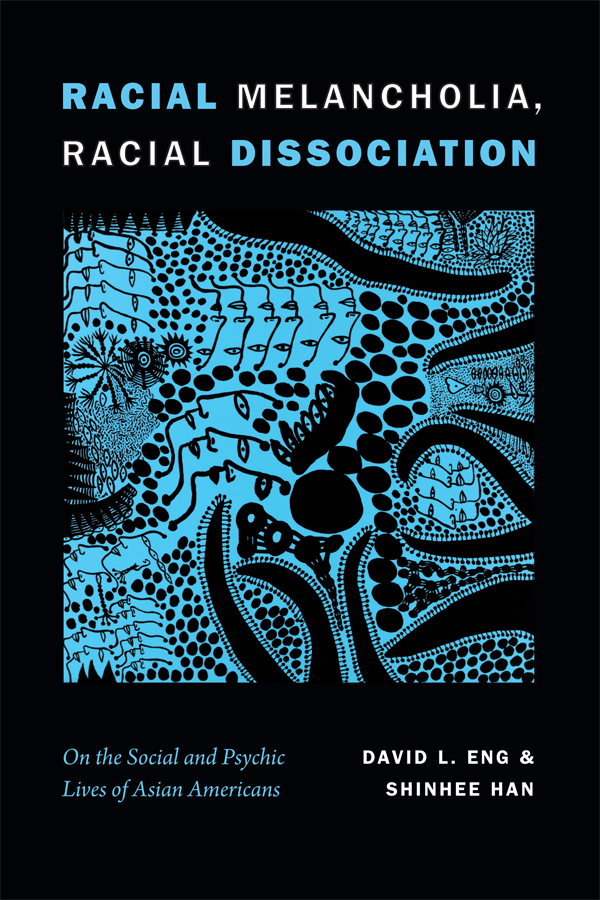 Racial Melancholia, Racial Dissociation: On the Social and Psychic Lives of Asian Americans by David. L Eng and Shinhee Han

Critic David L. Eng and psychotherapist Shinhee Han map the connection between racial melancholia and disassociation to “the social and psychic predicaments of Asian American young adults from Generation X to Generation Y.” These case studies not only deal with issues of race and mental health, but also offers additional insight to the “social lives of Asian Americans and Asians in the diaspora.” (Duke Press, January 11) 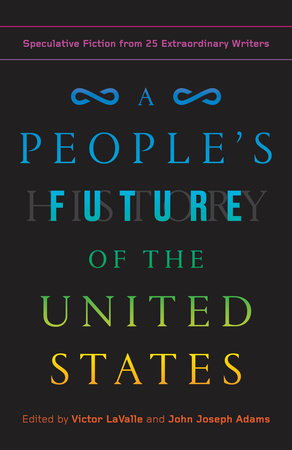 A People’s Future of the United States: Speculative Fiction from 25 Extraordinary Writers edited by Victor LaValle and John Joseph Adams

This anthology responds to the current American political climate with a collection of twenty-five short stories (including work by Charles Yu, Alice Sola Kim, and Omar El Akkad) set in a future version of the United States, addressing women’s rights, racism, homophobia, and more. (One World, February 5) 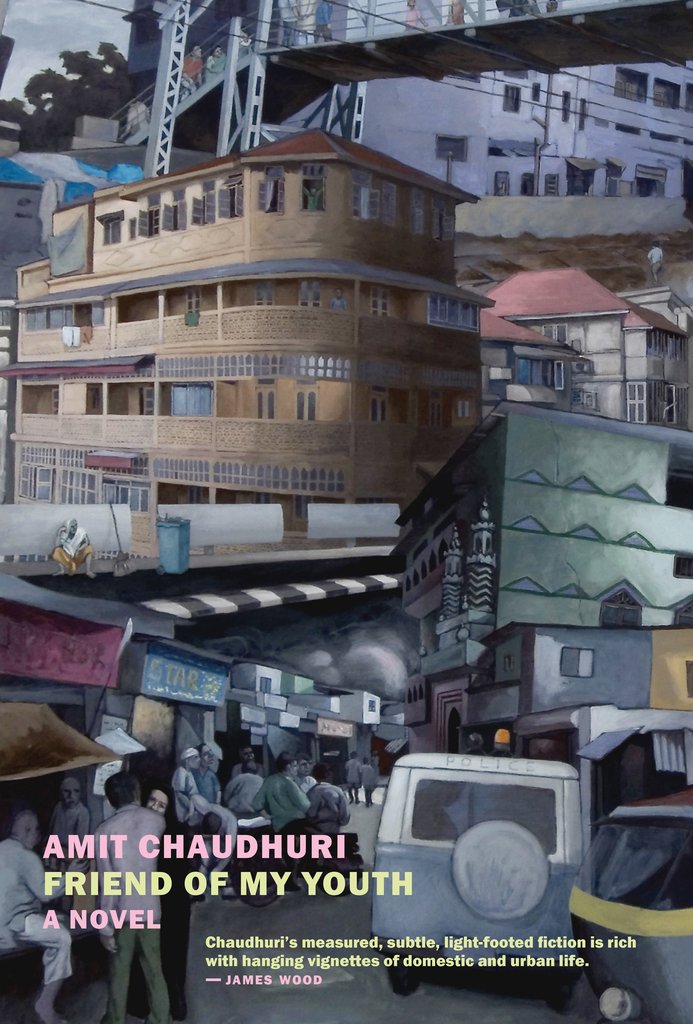 Friend of My Youth by Amit Chaudhuri

Amit Chaudhuri’s latest novel’s main character is also, a writer named Amit Chaudhuri who returns to the city in which he grew up to give a reading. The fictional Amit grapples with what it means to exist in both the past and present and meditates on Bombay, a city shaped by the 2008 terrorist attacks, and the unexpected absence of his childhood friend Ramu, his last tether to a place he once called home. Friend of My Youth meditates on life, death, language, and memory. (NYRB, February 5) 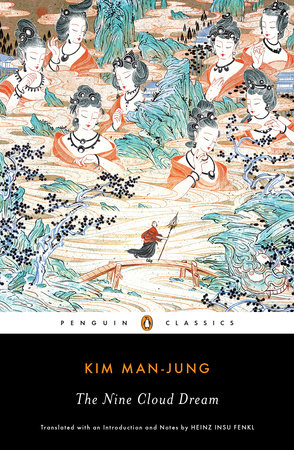 The 17th century Korean novel revolves around young Buddhist monk Hsing-Chen, who is punished for doubting his master’s Buddhist teachings while flirting with several fairies. As a result, he is sentenced to be reborn as Shao-Yu, and forgets his teachings. However illustrious his worldly achievements, he eventually comes to understand the fundamental beliefs of Buddha’s teachings. (Penguin Classics, February 12) 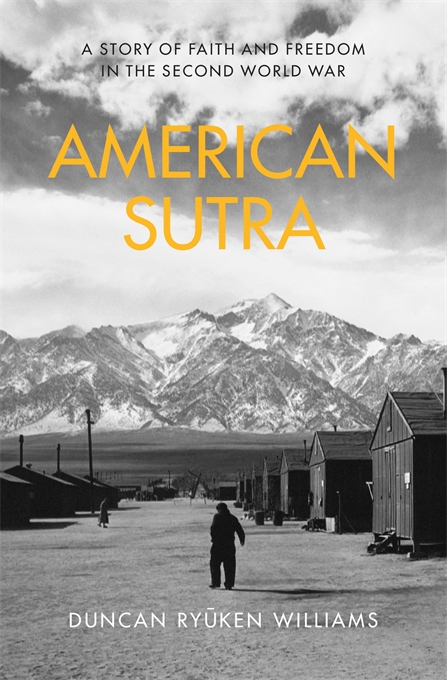 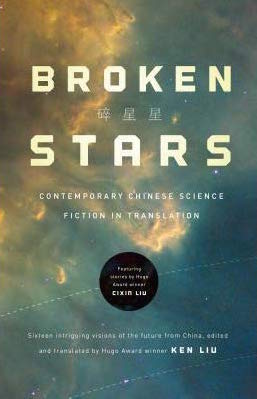 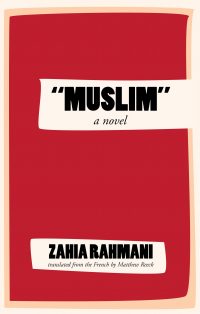 The second novel in the Zahia Rahmani’s trilogy explores the political and personal relationship of language within Islam through the narrator’s loss of her own native language.  Rahmani powerfully weaves a story of identity, persecution, and loss in Muslim: A Novel. (Deep Vellum Press, February 12) 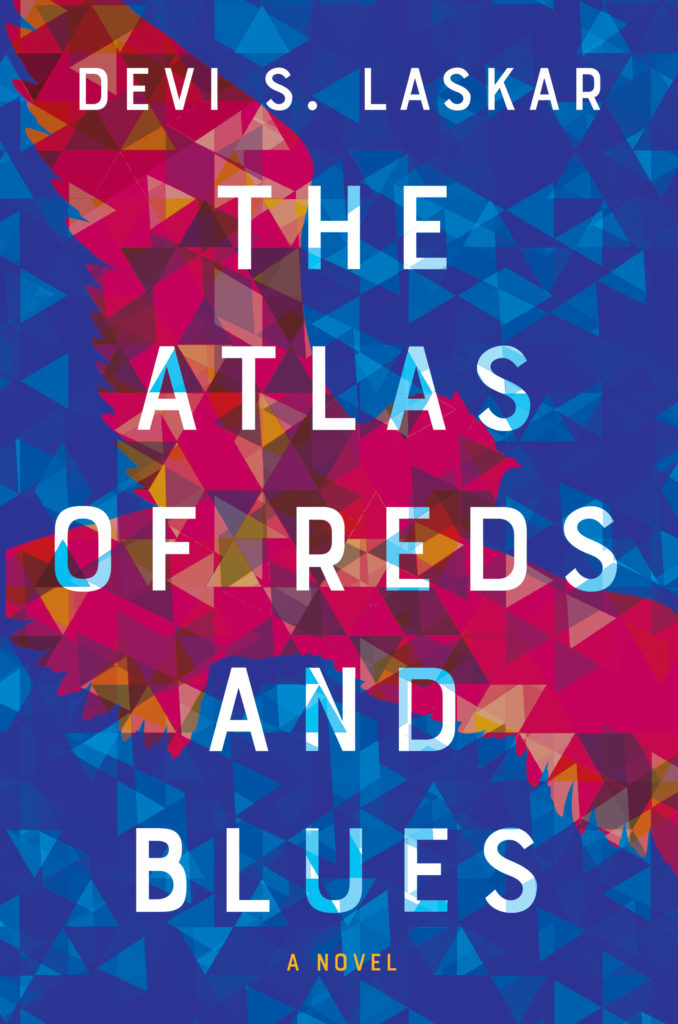 The Atlas of Reds and Blues by Devi S. Laskar

Devi S. Laskar’s debut novel confronts the complexities of second-generation American experience, racism, and womanhood through the narration of a character named Mother. As she lies bleeding on the driveway after being shot during an unfounded police raid on her home, she thinks back to moments in the past and present that brought her to this specific moment. (Counterpoint, February 5) 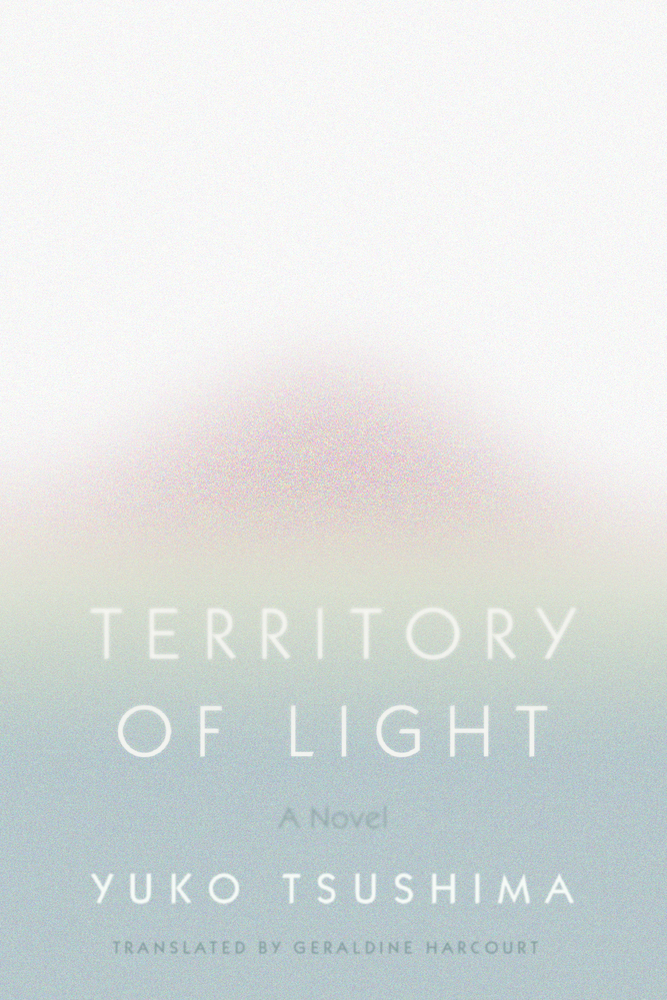 A story about control and the demand to function as a young Japanese woman is left by her husband, becoming the only provider for her 2-year-old daughter as she juggles numerous expectations. Light and darkness play an increasing more important role in the family’s life as the mother’s increasingly dark and violent dreams contrast with the constant flood of light which dazzle and overwhelm the narrator and her young daughter. (FSG, February 12) 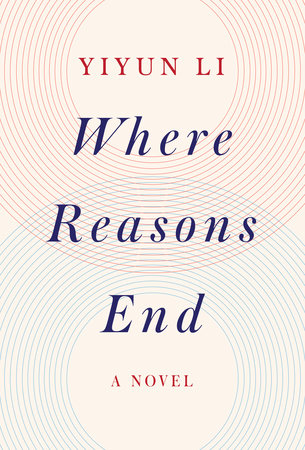 Where Reasons End by Yiyun Li

Yiyun Li’s third novel is a series of imagined conversations between a grieving mother after the suicide of her son Nikolai. In these conversations, the two banter, argue, and reminiscence as they discuss philosophical questions of language, love, and life. (Random House, February 5) 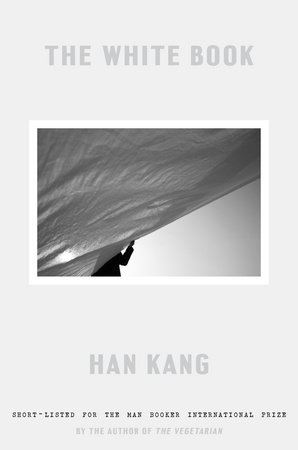 In The White Book, the narrator ruminates on the death of her newborn sister, who lived only for two hours. Part novel, part memoir, part poetry collection, Kang examines grief in relation to the nature of life and death through the narrator’s haunted past. (Hogarth, February 19) 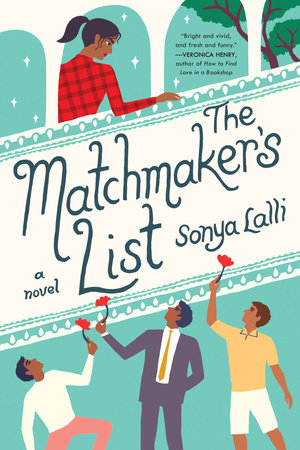 Sonya Lalli’s debut novel explores arranged marriage as the protagonist Raina struggles with conflicting views of her culture and family. Her desire to please her nani results in a long list of dates with eligible Indian bachelors, none of whom Raina actually likes. The Matchmaking List looks at questions of cultural identity and family bonds through Raina’s endeavors to make her own decisions. (Berkeley, February 5) 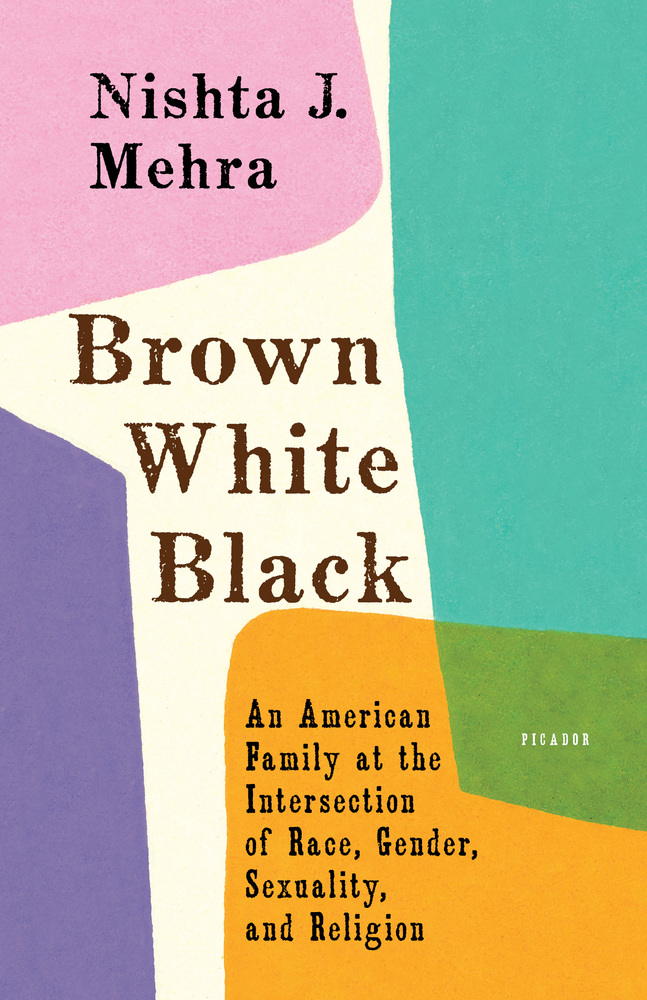 Brown, White, Black: An American Family at the Intersection of Race, Gender, Sexuality, and Religion by Nishta J. Mehra

Brown, White, and Black is a series of essays where Mehra writes with pride, passion, frustration, and anger. The first-generation daughter born to Indian immigrants, Mehra is also a lesbian married to a white woman, and with an adopted a black son named Shiva. As Mehra recounts the prejudices and fears her family experiences, she also criticizes rigid ideas of race, gender, and sexuality. (Picador, February 5) 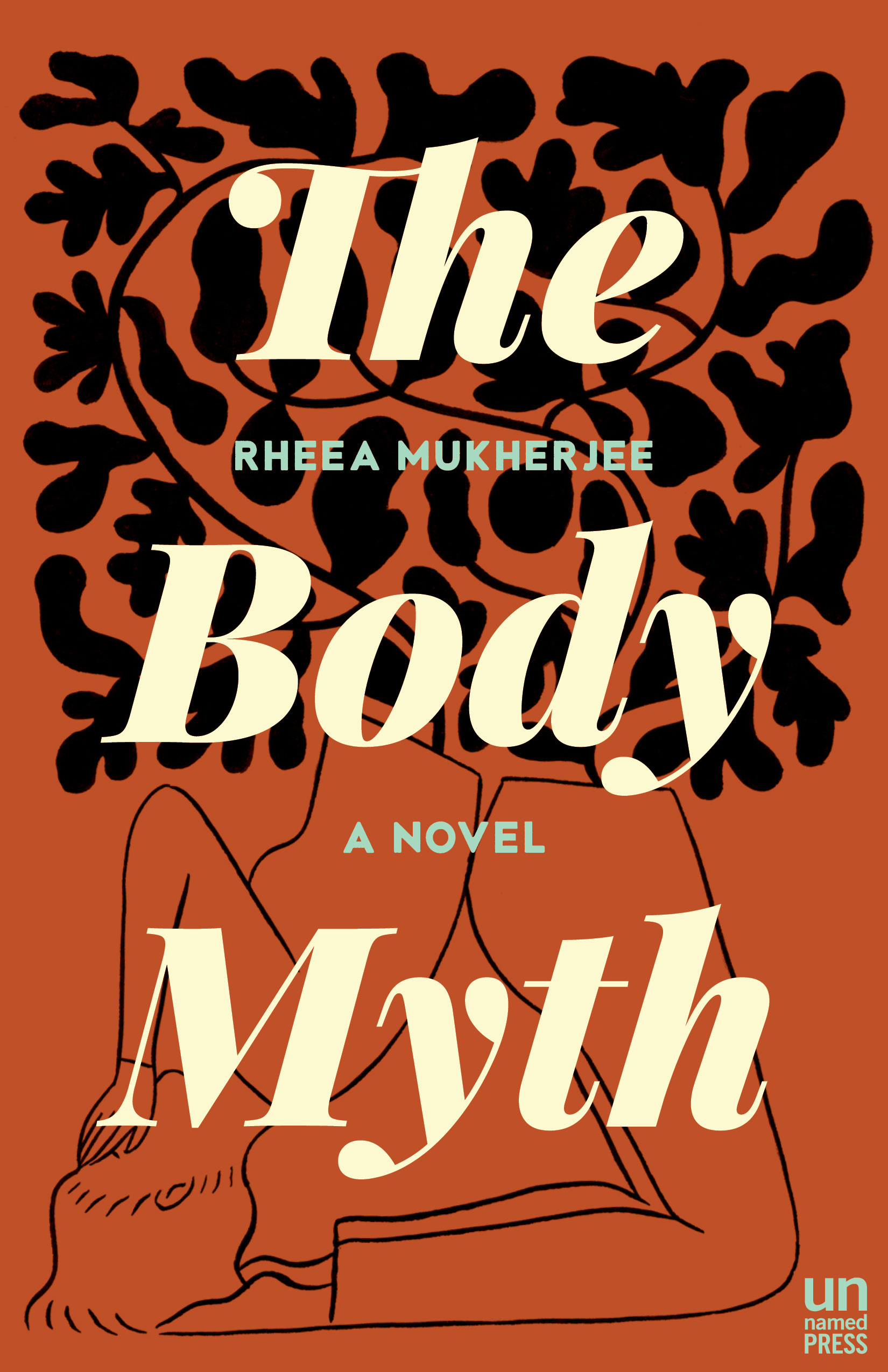 The Body Myth by Rheea Mukherjee

The Body Myth takes place in the heart of Suryam City in present-day India. Mira is a teacher who lives alone until she witnesses a beautiful woman having a seizure in the park. She is quickly drawn into the lives of the mysterious woman Sara and her husband Rahil and finds herself falling for both of them, leading to an unexpected love triangle as all three characters try to pursue happiness for themselves. (Unnamed Press, February 26) 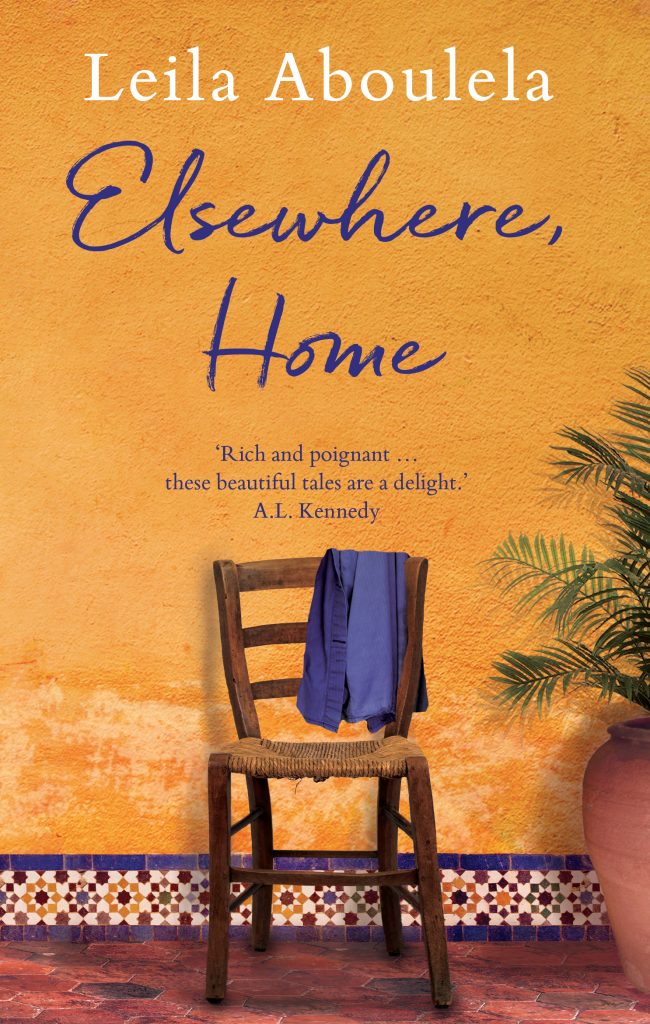 Leila Aboulela’s collection of short stories in Elsewhere Home focuses on displacement experienced by a number of different characters: a young-Egyptian girl, a young English woman recently converted to Islam, a Scotsman who visits his fiancee’s family in Khartoum, and the displacement felt by countless immigrants who leave their homes for a country whose customs and cultures are alien, and even hostile to them. Through these stories, Aboulela explores the disconnect and differences between cultures and how the innate human desire for love and friendship helps overcome our sense of isolation. (Grove Press, February 12) 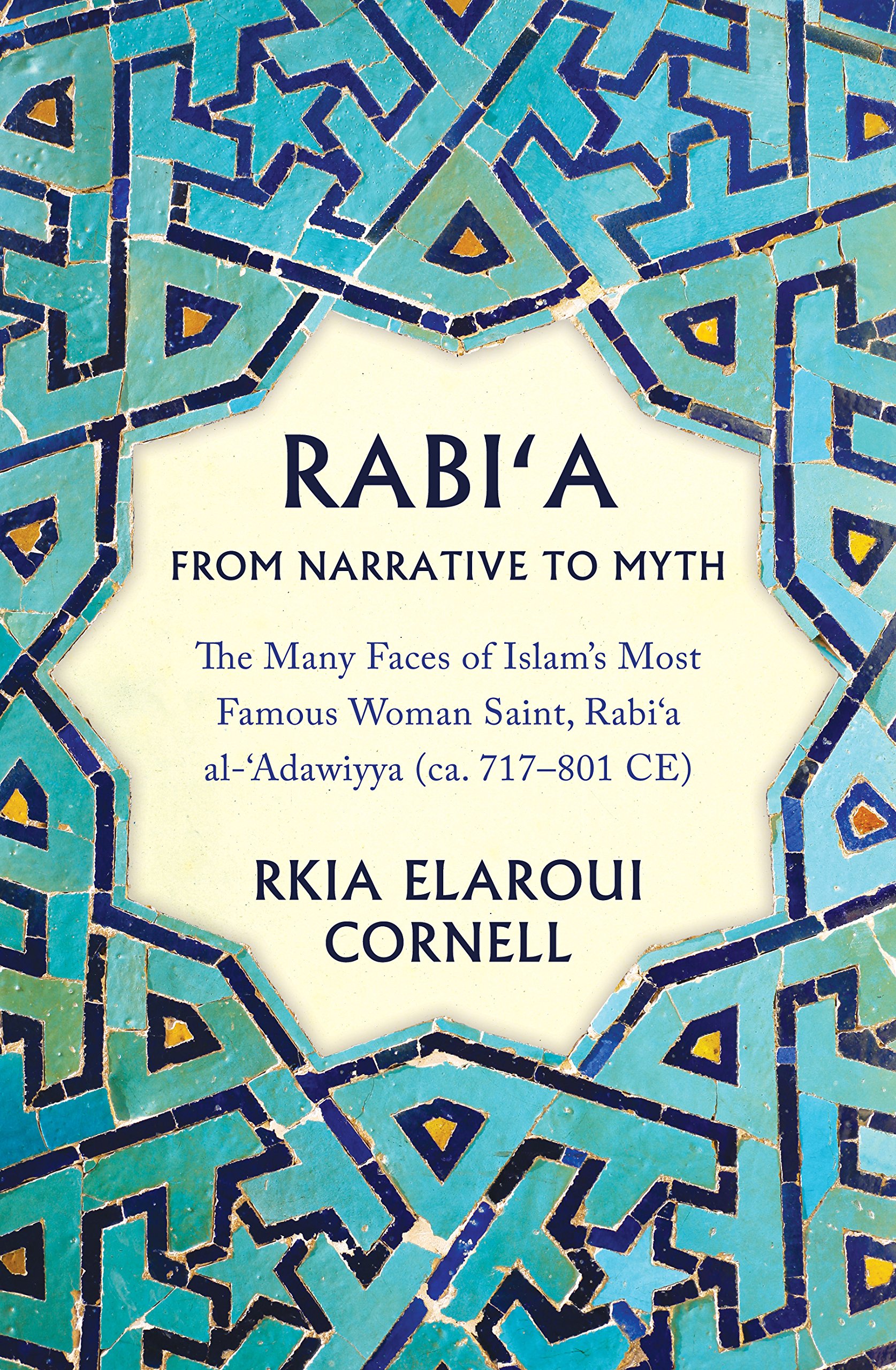 Rabi’a: The Many Faces of Islam’s Most Famous Woman Saint, Rabi’a al-’Adawiyya by Rkia Elaroui Cornell

Rkia Elaroui Cornell traces the history of Rabi‘a al-‘Adawiyya’s construction as a Sufi Saint by looking at the diverse narrations surrounding her. Although various depictions of her seem irreconcilable, Cornell demonstrates how Rab’ia has transcended these perspectives into “a global symbol of both Sufi and modern secular culture.” (OneWorld Publications, February 12) 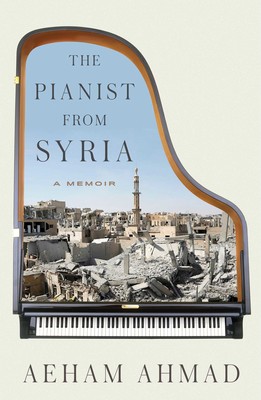 The Pianist from Syria: A Memoir by Aeham Ahmad, trans. Emanuel Bergmann

Second-generation refugee and pianist Ahmad recounts his young life and early ambitions as a husband and father before the outbreak of the Syrian Civil War. Entrenched in his hometown and determined to stay despite the bombing and snipers, Ahmad uses music to inspire hope. Ultimately, the town is sealed off and Ahmad and his family are forced to flee to Germany. (Atria Books, February 12) 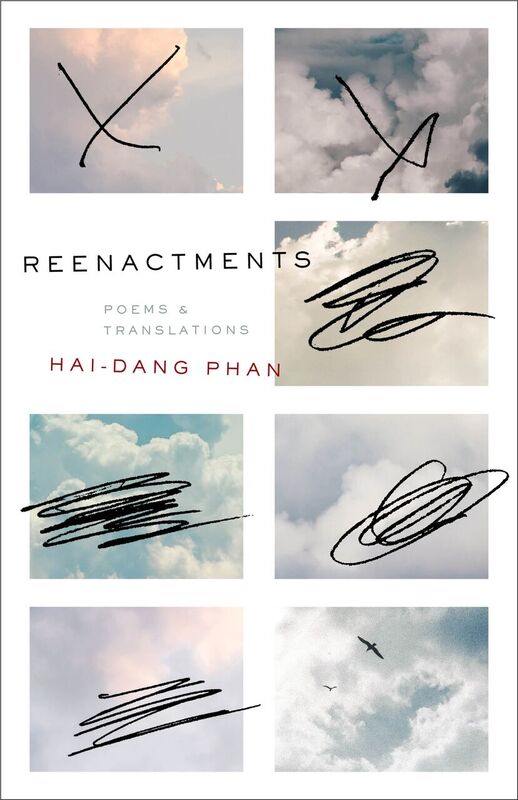 In Reenactments, Hai-Dang Phan writes on the Vietnam War as the son of Vietnamese refugees. In addition to grappling with the memory and repercussions from the war, Phan also narrates his family’s journey to America and their personal experiences of immigration, displacement, and hope. (Sarabande Books, February 19) 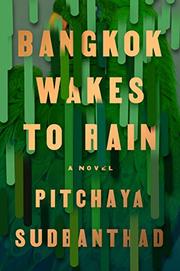 Bangkok Wakes to Rain follows the lives of inhabitants of a building at different points of their lives in Bangkok, often momentarily linked together for only brief periods of time. As they experience loss and change, Bangkok is also transformed from its 19th century state as it collapses under the chaos of climate change in the near future. (Riverhead Books, February 19) 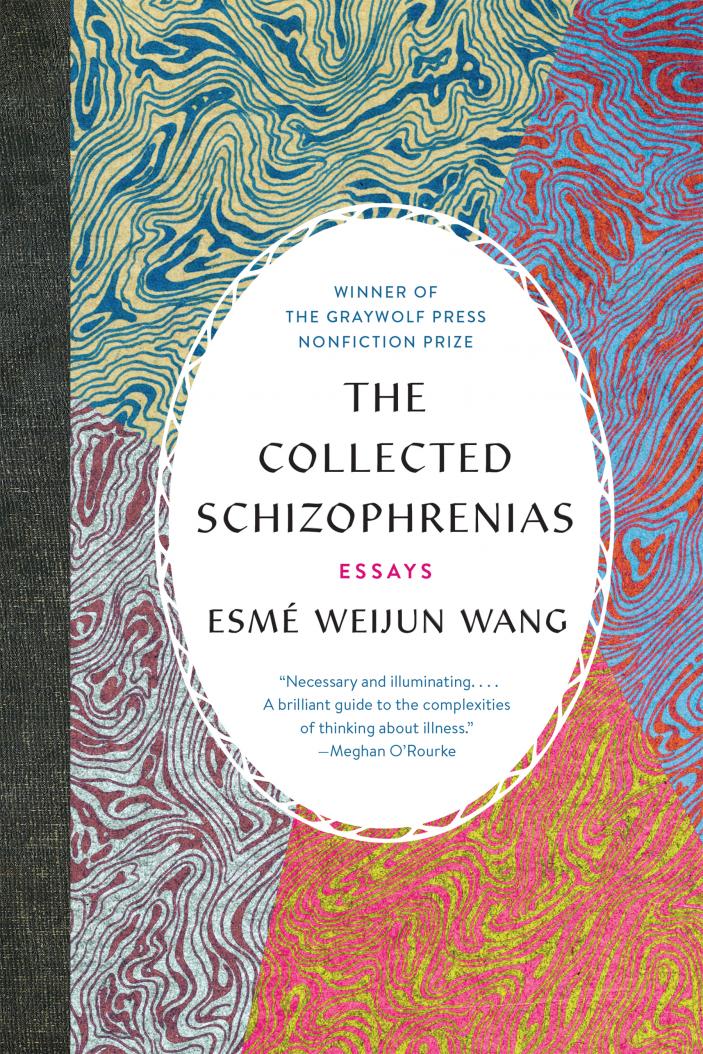 In a collection of essays, Esme Weijun Wang writes on her experience living with, among other illnesses, schizoaffective disorder. With each essay, she takes case studies of her own life in juxtaposition to established icons from the canon of mental illness and cultural memes to deliberate a larger narrative surrounding categorizations of subjective mental instabilities. (Graywolf Press, February 5) 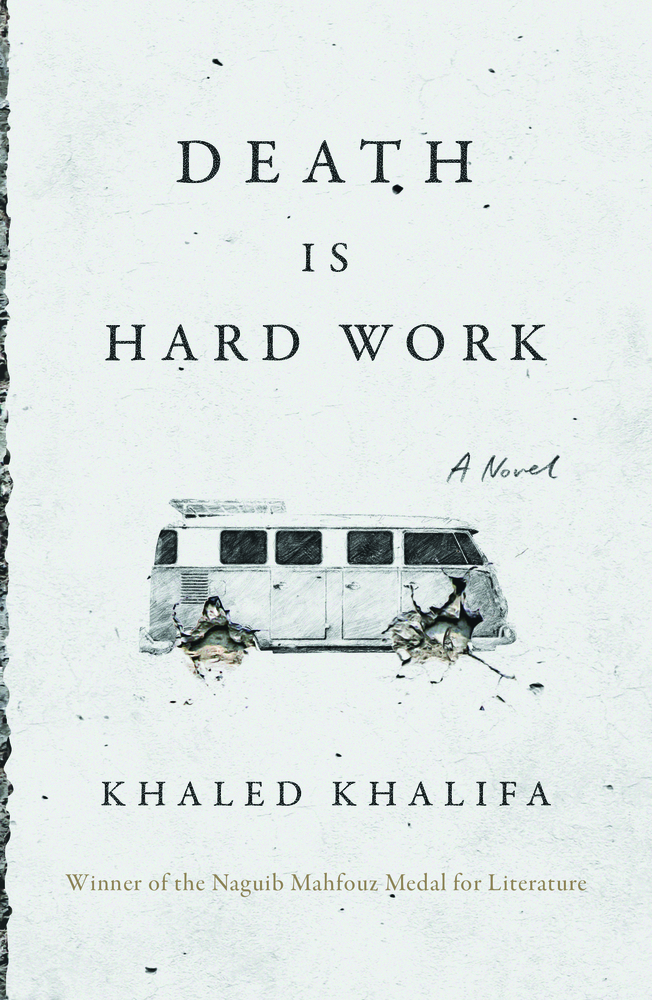 Estranged siblings Bolbol, Hussein, and Fatima reunite to honor their father’s deathbed wish to be buried alongside his sister in the village of Anabiya. However, Syria’s ongoing and calamitous civil war presents challenges that turn this commitment into a life-threatening journey as the siblings must overcome corrupt military checkpoints, interrogations, and other roadblocks along the journey. (FSG, February 12) 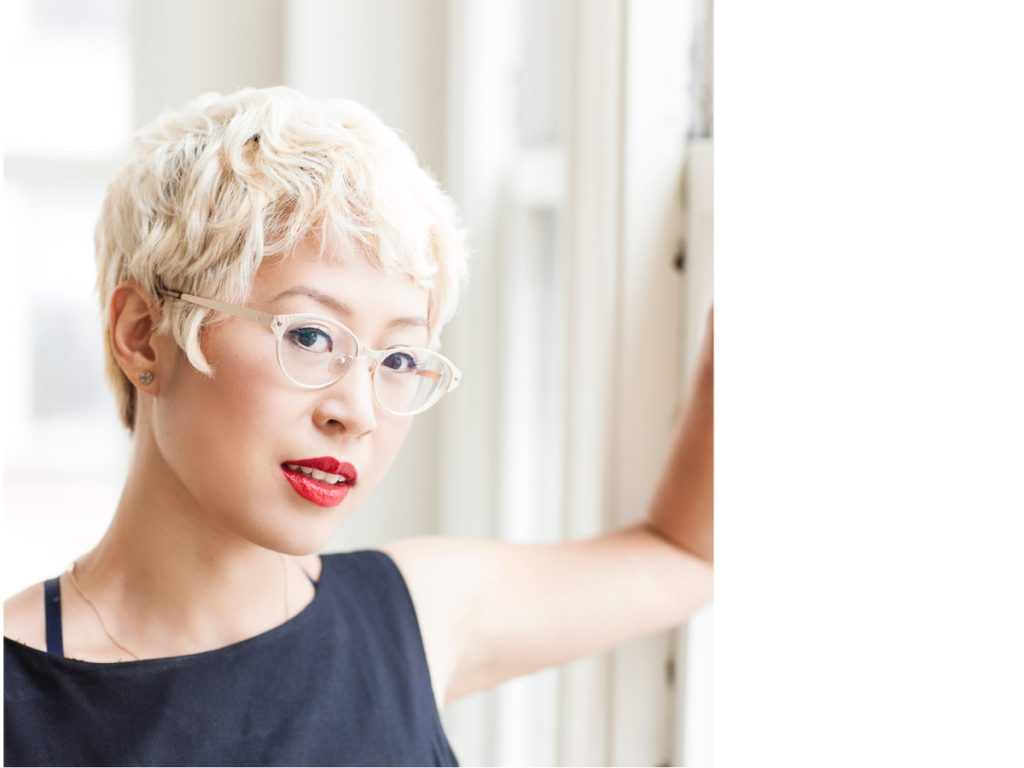 Esmé Weijun Wang: Writing Vulnerability
The author of The Collected Schizophrenias speaks to the challenge of telling truths when writing about a disorder that lies over and over again