& if the speaker does not know that this language is faulty, then the speaker has been secretly muzzled 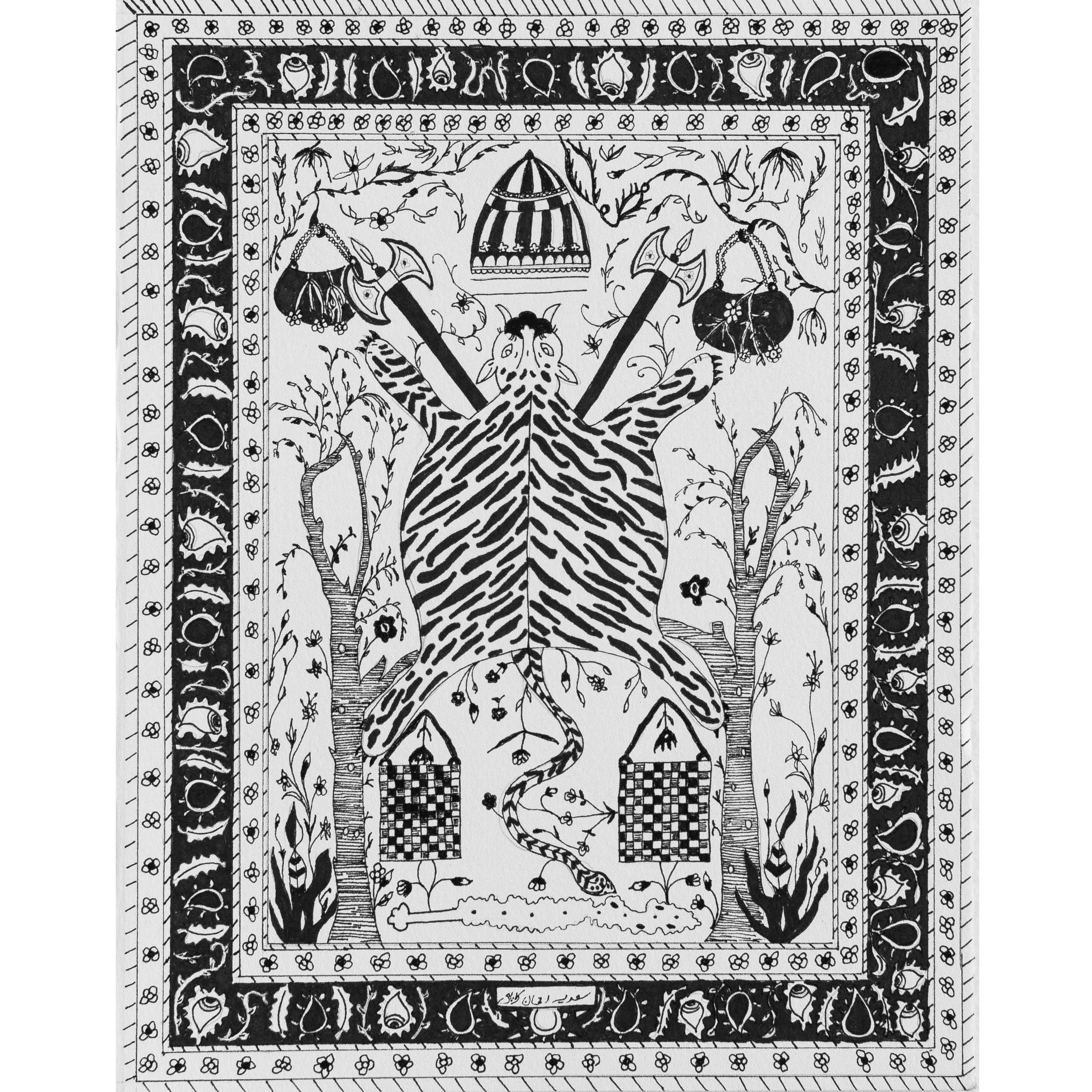 an excerpt from parsetreeforestfire (Ethos Books, 2019) by Hamid Roslan

1. This language is faulty for this present speaker. 1

1 He say lidah cannot lipat dua put aside because pecah berderai-derai. When not in use please use other gigi.

2. This language is faulty for this present speaker because every time a word is spoken by this present speaker, that word, by its intent to speak as something otherwise, against, as deviating from a presupposed mean, is circumscribed to only one type of enunciation: I am not. 2

4. This language is faulty because it cannot allow this present speaker to say yes, &. 4

4 Faulty then put sign. Say do not use, say sorry for the inconvenience.

10 Speak no use. Ask & ask for footnote. Nowadays got so many way to know. Thought got Google? Last time no Google you know. Backside so fat cannot go computer & type? Got phone don’t want to use? Data all keep for Korean drama is it? Got man wake up from coma, you steam. Then you pay big big telephone bill. No wonder got simple problem like this ang moh lang speak twist & turn.

11. Few other present speakers confront this faulty language. They will, at best, skirt around it &, at worst, pass through it without flinching. No one questions the match until it fails to light. 11

12 Thought at first want translate for you but no need lah. This ang moh lang problem so simple. He talk English. If he don’t talk English sure no problem.

13 But nevermind, he very yaya say he want to fight himself talking. Let him do lor. I sit down here see how he sotong.

14 So clever. I say already now he say. I must got body, must borrow soul—different from your soul of the nation lah. Fuck off. You all always want to Singlish is our core our core, identity identity. Go fly kite. Go fly kite go Kalimantan. I want body, not propaganda.

15 English like to small sentence put fullstop because the sound very serious. Shiok hor? Imagine I put: got problem fullstop Sure all laugh. Singlish where got make big big but actually small? If big will big. You won’t laugh like now reading then thinking this one one ah beng at Block 85 makan stingray.

20 This one like Great Singapore Sale. Red then blue then green but still shirt. Just different color.

21. In 1637, the island which would come to be known as Singapore had been largely forgotten, after a trading post at the mouth of the island’s river was burned down by the Portuguese. 21

21 Good. This ang moh lang know a bit his history. Better than you all. Before 1965 after 1965 all big fuck. Eh you know 1963 got Operation Cold Storage? They take Lim Chin Siong all throw inside jail. Wah then send him go UK go die. Fucker right? Then 1987 they anyhow Marxist Marxist. Then in the end? No proof. Aiyoh why like that. Shiok only.

If ask why never scold Portuguese because they burn down settlement that time? No lah no lah that one so long ago that one not Singapore. Fuck you lah, not Singapore. Your ancestor haven’t run away from China you want to anyhow oh that one not Singapore. Why, become Singapore only when you shit inside the soil is it? The country need your dimsum digestive is it? Your brain so good know how to say I/C name address race language religion school unit company ministry flat GRC drug allergy marital status & preferred number of children but don’t how to see your own backside?

23. Cogito ergo sum (née je pense, donc je suis) is the hence that must be lopped off in order to allow this present speaker to speak. 23

22 Of course not lah. You ang moh meh? You only ang moh lang.

24 But the soil you shit into is older than one pi sai country. So can learn a not? Can be less swamp mentality a not?

52 How to step outside? Must dig the eye?

54. In 1982, O.W. Wolters wrote I believe, unless there is convincing evidence to the contrary, that Indian materials tended to be fractured & restated & therefore drained of their original significance by a process which I shall refer to as localization. The materials, be they words, sounds of words, books, or artifacts, had to be localized in different ways before they could fit into various local complexes of religious, social, & political systems & belong to new cultural wholes. Only when this had happened would the fragments make sense in their new ambiences, the same ambiences which allowed the rulers & their subjects to believe that their centers were unique.54

55. In 1982, Orientalism & The Myth of the Lazy Native had already been published, ensuring the line would be forever obscured, as the thought was, regrettably, projected backwards onto what was heard, instead of allowing the speaking to happen. 55

54 This one also must learn from ang moh? Just take one ang moh put another ang moh inside? Of course must adapt to local context lah—if not how to use? Is like you bring ice-cream go Pulau Ubin. Cannot right? Must have fridge.

69. In 2014, Arlo Griffiths wrote the idea of writing seems to have come to Southeast Asia from India. At least, all the written documents from the region’s earliest history use forms of writing borrowed from the Indian subcontinent. In discussing written documents from ancient Southeast Asia, it is important to realize that script & language are two different things, which can but need not be correlated. During the early history of Southeast Asia, many languages were used for writing, but all were expressed in what may be considered a single system of writing. In this Indic system, with its specific manner of arranging characters to express sounds, all basic signs express syllables (as opposed to alphabetic writing in the West).69

71. This present speaker believes that this faulty language has been misrecognized, like the line which was already named. 71

69 For example, last time can use Jawi write Malay. Maybe if people write like that people think wah Malay so clever. Not like now everyone think eh Malay use English letter only so easy. See don’t know history again. Always don’t know then want to hao lian.

72. This name of this faulty language is not English. 72

73. English is written in the Latin alphabet, has an English phonology, & finds its logic in René, who once stood on the shore & looked out to sea. 73

74. This faulty language is written in the Latin alphabet, but does not have an English phonology, & does not find its logic in René, who once stood on the shore & looked out to sea. 74

75. This present speaker believes that this faulty language is written in the Latin alphabet, has a phonology derived from the languages of this island now known as Singapore, & found its logic in 1982 when Wolters wrote & published. 75

75 How can? You say I means I; yes means yes; no means no. How can be different thing?

76 I think you better throw away.

79. This present speaker, therefore, is not speaking English. 79

81 THEN OPEN YOUR MOUTH.

Hamid Roslan ‘s work may be found in The Volta, Asymptote, and the Quarterly Literary Review Singapore, among others. parsetreeforestfire was published in Singapore by Ethos Books in 2019. 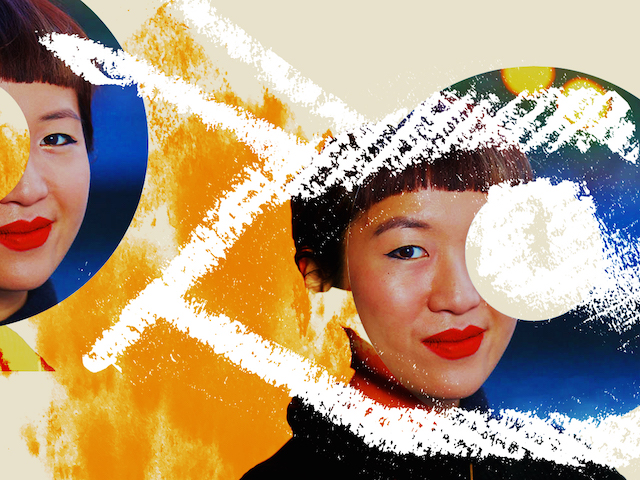 Haunted Women: A Conversation with Sharlene Teo
The author of Ponti talks female ghouls, writing away from the male gaze, and inhabiting trauma through storytelling. 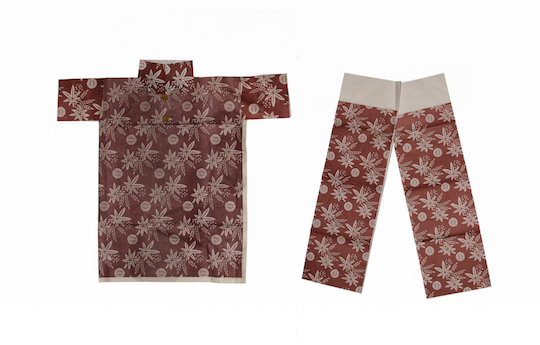 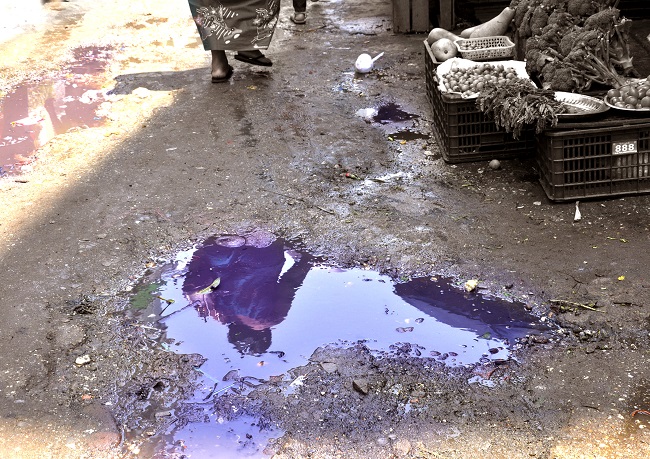