“Scared, Starlight?” my big brother said smiling at me as we’d strapped our harnesses into place. “Don’t be.” 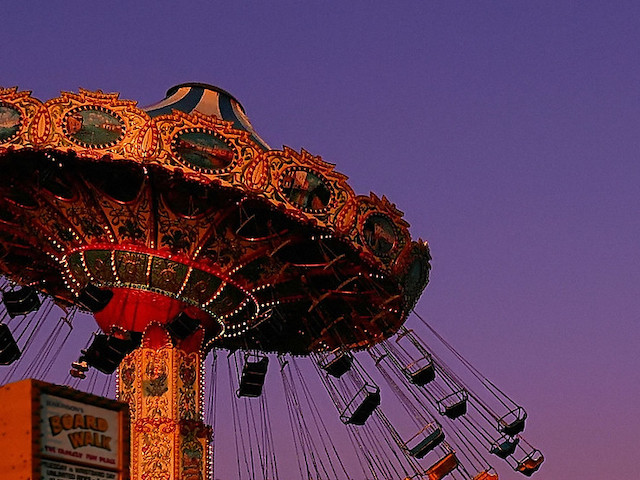 Everything important in my life will have happened by the time I was born. By which I mean my parents—Hippo and Bird—will have grown into adults who will have found each other and loved each other and loved all the rest of the sparks and plugs that went into the making of me and my brother. When I think of the odds of two people coming together, of parts fitting parts perfectly enough to make another human being, I’m star struck.

It’s like a starburst, I would say, a human being born, except it can get bloody at the end which was how they found my brother’s body, a bloody mess like the Star Bright Paints for Happy Fingers pot of paint with the face of a smiling five-pronged star on it my brother had once forgotten, open, on the wooden picnic table in the garden after an evening of helping me finger paint. The wind had knocked the life out of the pot, and Bird had discarded it in the trash.

(But we never could scrub the red out the veins of the wood.)

Trash is part of our lives, kitchen towels to kitchen towels, dust to dust and also, in my big brother’s case, blood to blood. I try not to think of him and I wonder if he’s hovering in the sky, somewhere, a super-star in a firmament of stars, trying not to think of me. Two souls—above and below—not thinking of each other, which is also a way of thinking of each other. Negative space, the existence of which I came to revere later, much later, at art school.

When I was moving into the art school dorm, my brother would have been twenty-five. When he died, he was fourteen. I was seven. Every year since then, on his birthday, we plant a candle deep into his favorite caramel cheesecake. I blow out the candle: my brother, a plume of smoke perfuming the air. Bird takes out the candle and drops it, gently, with the other birthday candles into a gallon-sized ziplock bag as if he’s going to live forever and the bag needs to be big enough to contain his forever birthdays. We’ll cut three slices of cheesecake. Bird, Hippo and I will eat them silently. The remainder of the cake will go into the fridge, cold storage where uneaten bodies go. Late that night, so late, Hippo will discard the stiffening cheese cake into a grocery bag and take it to the outside dumpster. Bird will have yet another glass of wine as she stands on the back deck, the scent of the melted birthday candle wax lingering on her fingers as she stares into pine trees. Occasionally a star winks through the tops of the wind worried trees.

Negative space in so far that a brother who had a room, a place at the table, a nickname I gave him (Gorilla), one he gave me (Starlight), a life, just disappears and his clothes appear, like starbursts, every so often from the innards of a wash hamper (black t-shirts because that was the only color he would wear because he was becoming a cool kid and cool kids, back then, wore only black), or from the trunk of the car (one of the many jackets kept there in case the weather turned without prior warning), or from the seams of the sofas (a sole sock that he’d been searching for a while before saying ‘whatever’ and giving up).

Hippo and Bird—we, my brother and I, named them that—because that’s what our parents were, a big cozy father who sat as if he would never get up again and a wee mother who’d flit around unable to rest in one place for too long. When my brother died, Hippo and the Bird forgot their places, forgot who flitted, who sat, becoming one, becoming the other, becoming each other, slowing and hurrying until they met each other mid way, fossilizing their loss in each other.

Lost, though lost is too small a sentiment for why they left me behind when they went to search their souls in search of my brother.

It wasn’t their fault. It wasn’t mine. But guilt free is just negative space.

He’d changed seats with me on the TwirlaRide at the last minute because I wanted to sit on the inside. I was seven. He was fourteen. When his harness failed and he went down, took a dive, the ride was still going up, me on the inside, up and up and up, where the rest of the stars sparkled though it was day-time so we couldn’t see them. But my brother had told me they were still there. The stars were always there.

“Scared, Starlight?” my big brother said smiling at me as we’d strapped our harnesses into place. “Don’t be.”

Soniah Kamal is an award winning novelist, essayist and public speaker. ‘Fossils’, judged by Claudia Rankine, won the 2017 Agnes Scott Festival Award for Fiction. Soniah’s most recent novel, Unmarriageable: Pride & Prejudice in Pakistan (Penguin Random House USA), has received starred reviews and is a Financial Times Reader’s Best Book of 2019, a People’s Magazine pick, an NPR Code Switch Summer Read Pick, a 2019 ‘Books All Georgians Should Read,’ a 2020 Georgia Author of the Year for Literary Fiction nominee and is shortlisted for the 2020 Townsend Award for Fiction and more. Her debut novel, An Isolated Incident, was a finalist for the Townsend Award for Fiction and the KLF French Fiction Prize. Soniah has delivered numerous keynotes at Writers Conferences as well as ‘We are the Ink’, at a U.S. Citizenship Oath Ceremony, and she was the keynote at the 2020 Jane Austen Festival. Her essays and short stories have appeared in critically acclaimed anthologies and publications including The New York Times, The Georgia Review, The Bitter Southerner, Catapult, The Normal School, VIDA, The Guardian, Apartment Therapy and more. Soniah received the Paul Bowles Fiction Fellowship from Georgia State University and she has taught creative writing at Emory University, Oglethorpe University and teaches at the MFA program at Reinhardt University. She on Twitter and Instagram @soniahkamal www.soniahkamal.com 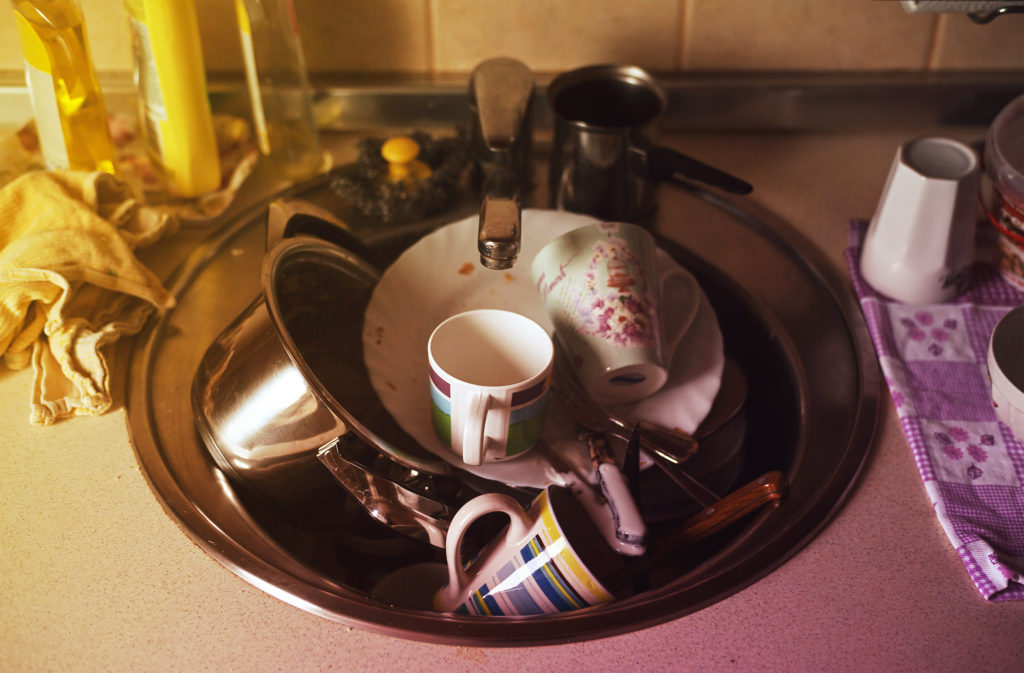 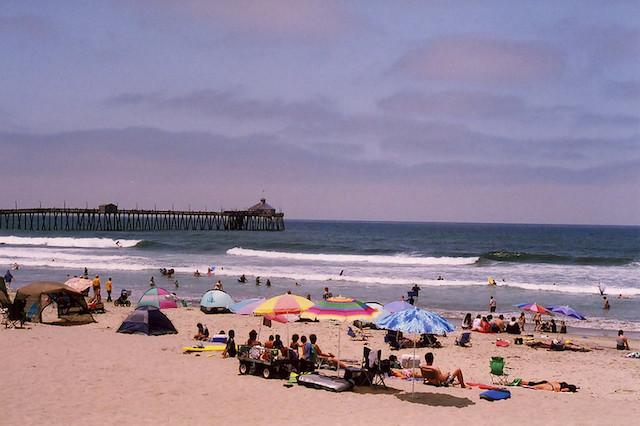 John Dô
When she opened her door the lived-in smell burst out like gases from a can: fish sauce and charred meat, mildew and a stronger concentration of the musk he had noticed when he got close enough to her body. 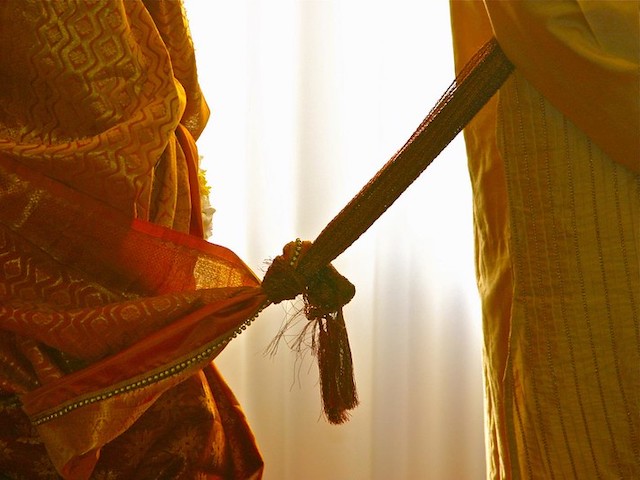 Contact of The Bodies: All the Way to Sanwalee
In that moment who was to say what belonged to me—Munir’s mouth, my luminous skin color, a setting sun, the shady place we were in, I could never tell anyone.