Matthew Salesses has just seen publication of his first full-length novel, a flat-out fantastic book titled The Hundred-Year Flood. (Little A/Amazon Publishing). The writing community knows Salesses from his novella The Last Repatriate, the novella-in-flash-fiction I’m Not Saying, I’m Just Saying, and stories that have appeared in Glimmer Train, American Short Fiction, Witness, West Branch and PEN/Guernica. Adopted from Korea at the age of two, he has written on the topics of adoption, race, and parenting for NPR’s Code Switch, the New York Times‘ Motherlode blog and Salon, among other outlets.

The Hundred-Year Flood turns the typical Asian American story on its head by placing Tee, a Korean American adoptee, in Prague shortly after 9/11. Tee finds himself chasing the wrong women, the wrong occupations, and possibly the wrong death, haunted the entire time by awful family secrets, doomed relationships and, of course, ghosts. Salesses carries the reader through the ageless city, a Bohemia that still bears the foot-scrapings of Communists, revolutionaries, and secret police. As the floodwaters of the titular disaster threaten everything Tee believes he has, Salesses’ writing will leave the reader breathless.

I chatted with Salesses over email to ask him more about his new book.

He launches his book in NYC on Thursday, September 17 at the Korea Society. He’ll be joining us at AAWW on October 22. Look out for more details.

Ed Lin: People in East Asia believe that ghosts lack feet and/or legs. That’s why temples have blocks in the entrance doorway that one must step over. The thought is that ghosts aren’t able to enter, because they lack the mechanism to step over the blocks. Yet the ghost images in The Hundred-Year Flood are of the calves or feet. Do they represent a path one is fated to walk? Not to get a little Christmas Carol-ly, but are your ghosts of the past or spirits of the future?

Matthew Salesses: You know, I didn’t even know that. To me, all ghosts have to do with the past, even the spirits of the future. I mean, otherwise just stay in the future. The ghost in my book is more lower body because she’s often walking away from Tee.

If your protagonist Tee doesn’t seem to embrace the possibility of The End in the titular floor, he also doesn’t flee from it. In the decade that you spent working on this book, was that process more of allowing yourself to go under, or struggling to live? Did you put it together brick by brick or was there a sudden, ah, flood of activity in the last year?

MS: Very funny, Ed. I built this house many times, and several times I had to flood the damn thing and start anew. But I don’t like the house metaphor writers often give. To me, revision is more like trying to find a body for a soul. You don’t know what the soul looks like, and your only clue is the body you put it in, so it’s a weird negotiation that you can never really get right until you know both. I just made that up, though.

I remember reading about a study that showed that even if one doesn’t understand a spoken language, one is mostly able to intuitively judge what is being said. Tee isn’t near fluent in Czech but he can get the gist of what is spoken in Prague. On the other hand, he seems to be having communication problems with his parents in English. Why would it be harder to communicate with one’s family than with newer acquaintances? Why does intuition fail when speaking to our parents?

I’ve had meals with my in-laws where I nod and react to things they say that I can’t understand word-for-word, and it’s intuitive enough that they’ll ask my wife if I actually do speak Korean and am just playing them. Maybe when your family knows your body language too well you all become prisoners to that knowledge. You probably need a little subterfuge in order to communicate—like with fiction.

At one point in the book, Tee contemplates acting “more American” and not “timid and ashamed.” The latter makes me think of how Asian Americans act — even in Asia. When you were in Prague, was it harder for people to believe you were an American based on your race or your demeanor? Were there any situations when you pretended not to be an American?

Tee has a screwed-up idea of what “American” is. I’ve met lots of Asian Americans abroad (and been one, sadly) with the same sense of entitlement other Americans have abroad.

As far as pretending I wasn’t American, I was in Prague in 2004, and after Bush won reelection, I often wore a red shirt around that said “Canada” on it.

Is Tee’s pursuit of his birth mother a genuine hunt for the Truth, or is it another avoidance move, as the escape to Prague after 9/11 and his uncle’s death might have been?

Depends on what kind of person the reader is? What does your Ouija board tell you, Ed?

[Interviewer’s note: I drag along a Ouija board to writing conferences to make introverted writers talk to me.] You used to make Ouija boards in high school. Was that because you were looking for answers, or trying to manipulate people?

It was probably more about trying to make it appealing to be weird. The Ouija board at AWP was a good idea. But your ghosts were really insistent about the answers they wanted. Strong-arming meaning.

I was trying to think of what would be a good soundtrack to this book, and what I kept hearing while reading it was songs from Public Image Ltd.’s Metal Box or Second Edition, as it was known in the States. That album conjures up a paranoid and claustrophobic gray existence with thumping sounds coming from the outside. Is that a fair assessment of Tee’s world?

Did becoming a father help you shape the character of the father in your book or was it already formed in your mind?

Man, good question. The father in the book is far from the father I want to be and hope I am. He was already the character he is before my daughter was born. Maybe he’s a kind of warning.

It’s rare for an Asian American author to have an Asian American editor. Did you feel that as a result your book didn’t have explain as much about your Asian characters and their interactions with the world? Did you have any major disagreements that ended up shaping another facet of the book?

Vivian actually pushed me to get more racial interactions into the book, and it was a good thing. I wonder if I would have listened to a white editor who said the same thing. Vivian wanted to market the book as a book, so when she was asking me to think more about race, which I do a lot anyway in my writing, it was to make the book a better book, not anything to do with the market or labels. I don’t remember any big disagreements. She didn’t want Tee’s uncle to be named Hi, I think. But I thought it was funny. There are a lot of little things in the book that amuse me that no one else even seems to register as jokes.

Does “pulling an elephant” mean vomiting in an arc while bracing oneself against a wall, or is it men urinating in public?

You’ve got a good imagination. 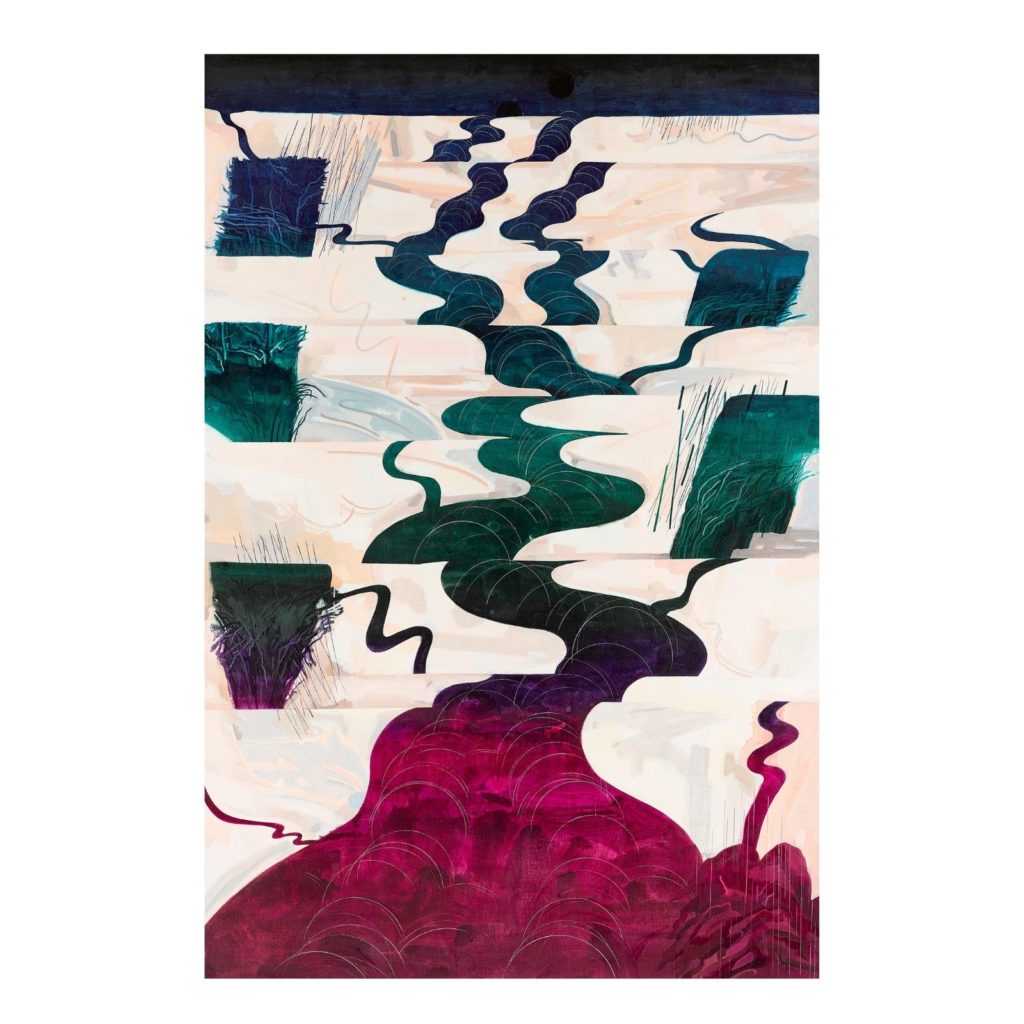 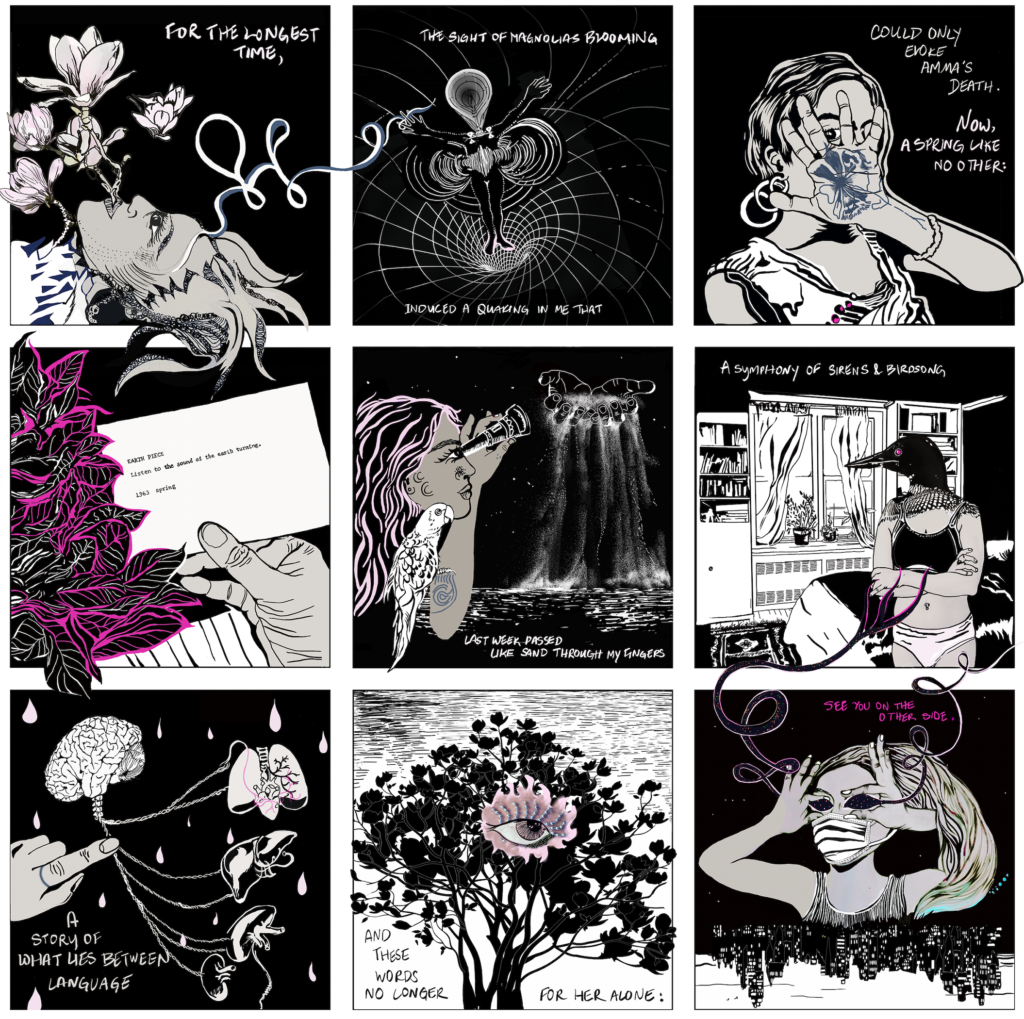