In the center of the plaza stands a bronze, 15-foot statue of the Chinese sage…In its shadow, a woman with a visor and clipboard is selling shuttle tickets to Foxwoods Casino.

It’s 7pm on a Tuesday in Manhattan’s Chinatown, and people are on the move. At a small triangle in front of the Confucius Plaza housing projects, office workers wearing bike helmets stroll up to a Citibike station and pedal off to destinations unknown. A girl perches on one of the docked bikes, pedaling backwards idly. A few yards back on Division Street, a long line forms. People are waiting for the $2.75 minibuses to Flushing.

In the center of the plaza stands a bronze, 15-foot statue of Confucius, the Chinese sage. In its shadow, a woman with a visor and clipboard is selling shuttle tickets to Foxwoods Casino. On the ground, leaning against the statue’s marble base, sit three generations of a South Asian family, surrounded by shopping bags. The mother explains that a tour bus deposited them here after a two-day trip to Niagara Falls, and now they’re waiting for another bus that will take them home to Edison, NJ.

A tour guide – early 20s, Cantonese accent – reassures the family that the bus will arrive soon. He leads excursions all over the East Coast, and his company has an office on Bowery. Asked if he ever mentions the Confucius statue on his tours, he looks startled, then laughs. “That? No, I don’t know,” he says. “That’s just some kind of history thing.”

It is, indeed, a history thing.

Born in 551 B.C., Confucius was a philosopher whose teachings became the very underpinnings of East Asian culture. He is venerated for his emphasis on family, respect for elders, education, and societal harmony, but also criticized for being the root of what many see as the crippling servility and patriarchal nature of Chinese society. 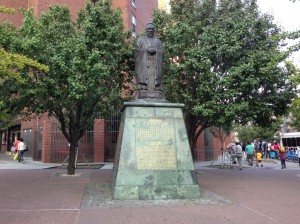 The statue in Manhattan’s Chinatown has moved twice since it was unveiled in 1976. Photo by Eveline Chao.

The Chinatown statue was a 1976 gift from the Chinese Consolidated Benevolent Association in honor of the US Bicentennial. The CCBA, a largely Cantonese umbrella organization which for decades served as a sort of informal government for Chinatown, was, at that time, closely aligned with the Kuomintang, the political party that fled mainland China in 1949 when the Communists seized power. While the CCBA raised the funds for the marble base, the statue was donated by the Taiwanese government, the leadership that grew out of the Kuomintang.

Justin Yu, president of Confucius Plaza Housing and a past president of the CCBA, noted that this was during the height of China’s Cultural Revolution, when all things associated with old ways were under attack. Justin was just four years old when his family fled from Beijing to Taiwan, and he immigrated to New York in 1970. Three years later, Mao’s wife launched an anti-Confucius campaign which critics of the time speculated was really a veiled attack at other people in the leadership. As a result, Confucian temples and texts across the country were destroyed. “Overseas Chinese [were] very upset about what was happening in China,” Yu recalled by phone. “So we tried to continue Confucian tradition here.”

A New York Times article from 1974 observed, “While the Chinese Nationalists have always paid homage to Confucius and his teachings, expressions of respect have been more numerous and noticeable since the Chinese Communists began their campaign condemning…the philosopher.” A Kuomintang journalist Yao Peng is quoted in the piece, “As anti-Communists, we want to show how sharp a contrast exists between them and ourselves.”

New York City wasn’t the only city to get one. Taiwan gifted at least 10 Confucius statues to various US cities in honor of the 1976 US Bicentennial, including Houston, Boston, and San Jose.

The article went on to detail various Nationalist efforts to promote Confucius, which included a four-act play, a full-length film about his life, a European lecture tour by a descendant of Confucius, and the gifting of 1.5-foot-high Confucius statues to dozens of city officials from foreign countries.

And of course, there was the Chinatown statue. But New York City wasn’t the only city to get one. Taiwan gifted at least 10 Confucius statues to various US cities in honor of the country’s bicentennial, including Houston, Boston, and San Jose. The Houston statue was embroiled in months of controversy due to an inscription that read, “Men have their respective occupations and women their homes.” Unsurprisingly, some people found this sexist, a criticism that still surrounds Confucianism today. The brouhaha was blamed on poor translation and the quote was retranslated into less-offensive wording, upon which the statue was installed at the downtown central library.

Non-Bicentennial statues were gifted too – for example, one to Bolivia in 1973. Both the New York and Bolivia statues were designed by a Taiwanese sculptor named Liu Shih. Based on appearance, some of the un-credited statues gifted to other cities appear to be the work of other artists. Donations dropped off by 1991, when Taiwan renounced its claim as the true government of China, though Chicago’s Chinatown dedicated one in 1998, again paid for by the Taiwanese government.

Much like Confucian thought itself, the New York statue has enjoyed an eventful life. Before being shipped to the US, it spent a while on display in Taipei. It then spent 8 years navigating the vagaries of NYC bureaucracy before being erected in Chinatown. In the three and a half decades since, it’s moved twice – first from 33 Bowery to a traffic island on Bowery near Division, then, after a Department of Transportation rerouting caused the island to disappear, to the small plaza where it now stands. In the process, it lost the companionship of several benches. (A 1995 New York Times article by Michael Kaufman observed, “Chained to the benches are private chairs, reserved for their owners.”) Now, there are just the Citibikes, and four young trees planted behind it. Yu considers this an improvement, recalling that gamblers waiting for the casino buses used to sleep on the benches and leave a lot of trash behind. Today, the statue is listed on the official NYC information kiosk on Canal Street, and is frequently visited by tour groups.

A movie poster for a 2010 biopic starring Chow Yun Fat.

Fittingly, for something concocted as a political pawn, the statue has enjoyed a vibrant political life in Chinatown. “It’s a symbol,” points out Justin Yu. Protests and rallies are sometimes held around it. For example, in June 2011, parents and teachers from local schools, along with community and business leaders, City Council members Margaret Chin and Robert Jackson, and Public Advocate Bill de Blasio, protested the threat of 42,000 teacher layoffs in a rally at the foot of the statue. When Hong Kong was handed back to China in 1997, the Hong Kong flag was raised in front of the statue, while loudspeakers blared, “Long live the Chinese people. Long live the Chinese nation.” Yu fondly recalled that just this past July, Margaret Chin endorsed Julie Menin for Manhattan Borough President in front of the statue; and on August 3, Scott Stringer accepted the support of Chinatown leaders in his race for Comptroller in front of the statue. “And at the same time they receive endorsement by Confucius,” he joked.

…mainland China is now the one donating Confucius statues around the world. Hartford, CT has one, donated in 2006 by its sister province of Shandong. (In exchange, Shandong got a bust of Mark Twain.)

When describing the heady politics of the ‘70s, Justin Yu was quick to add, “But China changed their mind. Now they respect Confucius again.” Indeed, after being rehabilitated in the ‘80s, Confucius has undergone a heady revival over the last 10 years. A State-backed Confucius biopic starring Chow Yun-fat was released nationwide in 2010, an academic conference about Confucius was held in Beijing last year, then-president Hu Jintao quoted Confucius in a speech to the National People’s Congress in 2005 (“Confucius said, ‘Harmony is something to be cherished'”), and the Chinese government has funded facilities around the world since 2004 devoted to promoting Chinese culture, called Confucius Institutes. Many attribute the revival to a spiritual vacuum left after decades of relentless focus on business and moneymaking in China, through the ‘80s and ‘90s. 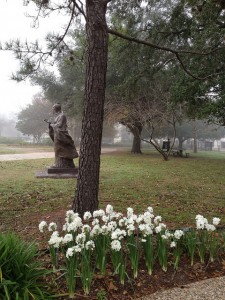 This statue in Houston’s Hermann Park was a gift from China in 2009. Photo by Theresa Quintanilla.

What’s more, mainland China is now the one donating Confucius statues around the world. Hartford, CT has one, donated in 2006 by its sister province of Shandong. (In exchange, Shandong got a bust of Mark Twain.) In 2007, the city of Inchon, Korea’s newly built Chinatown got one (along with three arches) paid for by several local governments in China. The University of Adelaide in Australia got a small one via its affiliate Confucius Institute, partly funded by the Shandong government, in 2008. And, the Australian capital of Canberra got one in 2010 from its sister city of Qufu, the birthplace of Confucius.

Houston, in addition to its controversial Taiwan-donated statue from 1976 (no longer on display), now has two more from mainland China – one jointly donated by the Chinese Consulate General in Houston and the local Chinese community in 2009, which was installed in a downtown park, and another to Houston Community College Central in 2010, from the China Confucius Foundation.

And yet, within China and Taiwan, Confucius remains controversial. In 1985, two Confucian societies in Taiwan proposed a new statue for the city of Taipei that would be taller than the Statue of Liberty. Critics complained “it would endanger air traffic and wasted $2.5 million better spent on the city’s garbage crisis,” according to the AP. The plan was eventually shelved. That was nearly 30 years ago, but disputes about the role of Confucius in society – and how enthusiastically to express it – constantly wax and wane in Taiwan. In spring 2011, students and teachers in Taiwan took to the internet to protest new educational requirements mandating study of the Confucian classics.

And finally there was the case of the missing Confucius statue. In January 2011, a massive, 33-foot sculpture of the philosopher was erected on Beijing’s symbolically important Tiananmen Square, in front of the National Museum and close to Mao’s mausoleum. Andrew Jacobs wrote in the New York Times that scholars were calling it a “seismic step in the Communist Party’s rehabilitation of Confucianism.” But, a few months later, the statue abruptly disappeared overnight; media reports speculated that Maoist forces within the government may have been responsible. (The statue later turned up in an inner courtyard of the National Museum.)

Confucius, it seems, will never be free of politics. And yet, it remains a safe bet that he will have a deep influence on East Asian culture. As Justin Yu observes, “I don’t think that will be so easy to change – to wipe [him] out from people’s minds. He’s been there for 3,000 years.”

Eveline Chao is a freelance journalist who has written about China, Chinatowns, and New York City. Her stories have appeared in the New York Times, The Guardian, New York Magazine, BBC, Vice, Fast Company, and Foreign Policy, among others. She is also the author of NIUBI! – The Real Chinese You Were Never Taught in School, a humorous guide to Chinese slang. She lived in Beijing from 2006–2011, where she edited a business magazine, and is now based in Brooklyn. Eveline was an Open City fellow for 2013-2014. 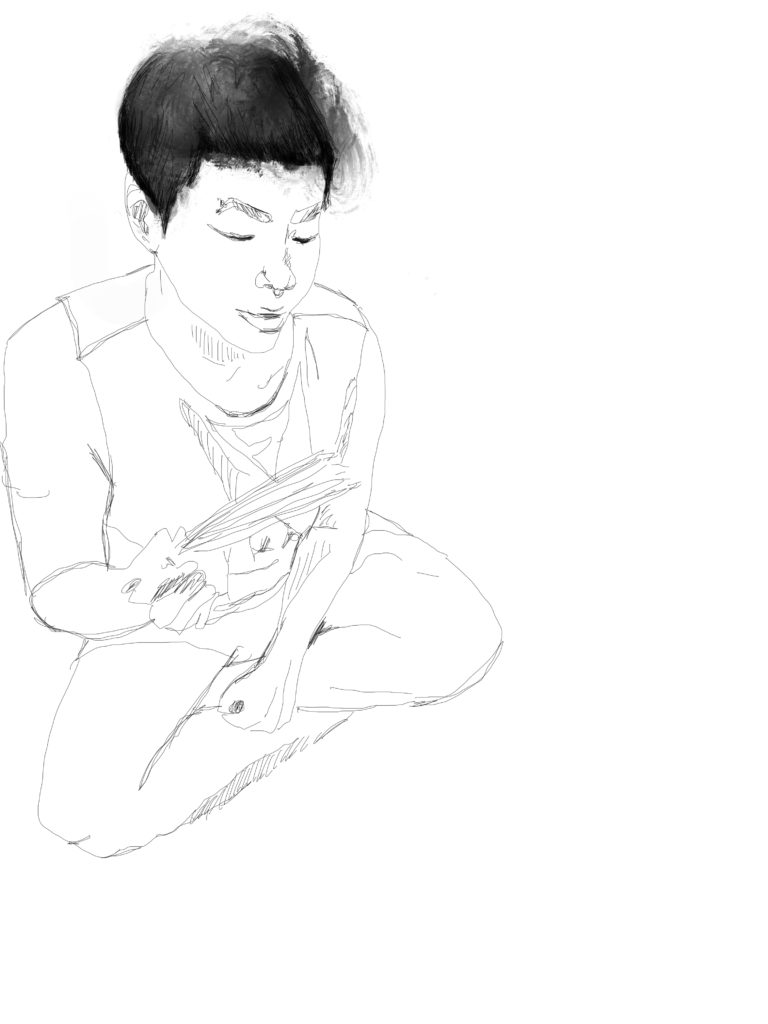 Queering History, Archiving the Future: In Search of Taiwanese Lesbian History
On the "impossible archive," the historical and future queer imaginary of a "lesbian cultural archive" and Grandma's Girlfriends 阿媽的女朋友 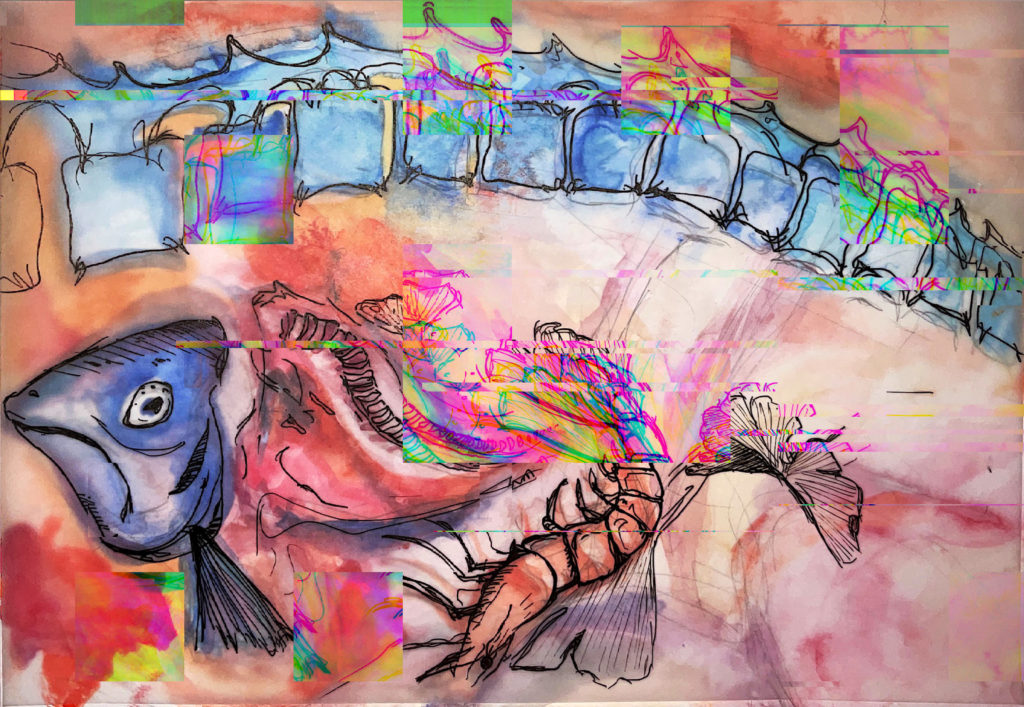