“My father’s warehouse was close to the decayed parts of the harbor, which rambled on into the slums built by smugglers and sailors.” 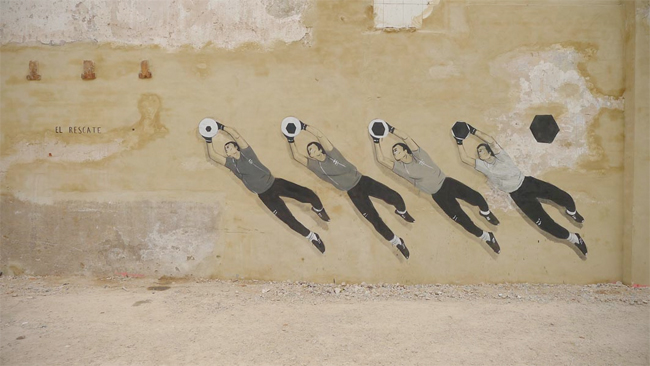 My father’s warehouse was close to the decayed parts of the harbor, which rambled on into the slums built by smugglers and sailors. Gnawed, Spanish-era residences, eminently decaying, were strewn along our path.

Once, from these homes, old traders smelled without cease the coming and going of their fortunes. They brought European brocade and fancy lingerie for Manila’s lost generations, the blight of emigrants after Magellan. It wasn’t just a Spanish scene: close to the water, Chinese settlers confirmed the rumor of their kinship with the globe whenever they sniffed the salt breeze. The heavy air brought junks—wind-driven receptacles of silks, lacquerware, sandalwood cabinets, chickens, which were exchanged regularly for far-flung goods. Silver from Acapulco. Mindoro’s birds’ nests. Butuan’s trinkets. Sulu’s pearls. Transubstantiation was the harbor’s theme: desire into doubloons. In this way, Manila, ancient stopping place, port of exchange, was a restless place for those who were only passing through. This might explain its wildly cosmopolitan hunger, even in the early seventeenth century, when Siamese chiefs and Muslim pirates were already part of age-old trade. My family’s business, deep into the twentieth, continued the city’s old preoccupations.

Jed drove through side streets following the shoreline obscured by tenements and commercial buildings. Soon, we reached solid cement blocks, streets that seemed to consist of garages or walls. The shipping companies’ trucks were regular patrons of ghost-town streets, and pedestrians walked at their own risk; still, some homes thrived, displaying clotheslines and potted plants in the windows, and junkyards reached up to the roads, where kids played among old tires and rotting tricycle skeletons.

Down a long dirt road we turned into a sunken compass of green; the well-kept area could be turned into a double-decker soccer field overnight. On each side during the right season you’d find a pair of fluttering goals. Two games could be played simultaneously; not the full-length eleven-a-side, but maybe up to seven players each. It was a scheme I had had in high school, a century ago, to embellish my resume for the schools I had planned to attend. Soccer for Scholars. To notch up points for the Ivy League, I rounded up a bunch of kids from different charities in Makati and hosted soccer clinics for a month, with a finale for the children and their families, a tournament, a spectacle, including medals, most valuable athletes, and a lot of hot dogs. It was a whimsical activity, of pure Uncle Gianni design. The Philippines, after all, is a basketball country, and soccer was an expatriate, anachronistic sport, in the past played locally mainly by the Spaniards, called coños without irony.

That was how the Mini-World Cup National Tournament came about.

Uncle Gianni had thought out all the trappings of my original event. My father had paid for everything, including the nets and uniforms, the construction of stands, state-of-the-art toilets. It was worth it, he thought. Uncle Gianni ended up using the field afterwards for his own games. That, in full, was how he came to sponsor this holiday bash for his colleagues, friends, and hangers on. The day was a prologue to the smoke and debris of New Year’s, coming before the participants’ deep, well-deserved hangovers, a long weekend of revelry and stupor.

I had tried to warn Jed about it, but nothing could really prepare one for Uncle Gianni’s event deep in Manila’s bowels, a conceptual spectacle in the tropical heat.

The show had already begun, balloons were up, and far off in the grassy open-air plot a loudspeaker blared dance music, which we heard from as far away as the gravel parking lot. A few drivers loitered in the dust, but most were out on the fields: it seemed to me the drivers were the most avid fans of the games. From this distance, I could already make out Uncle Gianni’s voice—whether it was my radar imagining the tenor of past events or, in fact, his hoarse, actual presence, excited and conspicuous, publicly exhorting his friends. This muffled, mounting microphone bleat reached us up on the gravel.

Stopping on a height before we descended into the compound, I pointed him out to Jed; and as I said, nothing could prepare one for the sight in Manila of Uncle Gianni in casual array, with a wireless in hand, emceeing the event, this time, for a change, in complete Texan costume, knives glinting on his boots, a distinct, I hope ironic, ten-gallon hat, and, I could barely tell and yet I knew, a daintily folded kerchief on his sunburned neck.

They were all there, athletes and alcoholics, dressed in their sweats or in what passed for sportsman gear, these ghosts of the galleon trade. Milanese leather goods makers, French attaches, German restaurateurs, English salesmen, American pharmaceutical agents, Spanish opportunists, African oil men, Dutch beach bums, Canadian do-gooders, Japanese engineers, all the Filipino oligarchs who fed from their hands, and, at this event, a lost, blue-eyed Mormon, a sweaty gatecrasher whom we bumped into as we marched to the main fields.

People were arriving and strolling about. Many were semi-naked: obese men in transparent shorts, fine-boned women in backless shirts; but this lone, scared-looking youth wore the white shirt, dark suit, and tight tie of his trade, his raw, scratched face sautéing in the sun.

“This is Mr. Fortunato’s party, isn’t it?” said the Mormon, who was a bit older than us, it seemed, but the onslaught of manhood had not treated him well. He had pustular pimples on his cheek. Repetitive welts also adorned his outsized Adam’s apple, phallic and repulsive.

We were hopping over the rope fence, and Jed strode ahead.

“He’s over there,” I said to the Mormon, trying to move away from him but not succeeding: he blocked my way past the gate. “There,” I said, “the man in the cowboy hat.”

“I see,” the boy said, looking a bit skeptical. “My friends told me he could introduce me to people.”

“I doubt it,” I said. “I don’t think anyone came up here looking for redemption. Excuse me.”

“Oh, I’m sorry,” he muttered, and he moved away and walked beside me, like a puppy terrified of being stranded.

The Fiction of Our Experiences: An Interview with Mia Alvar
'Imagination can make things more real than they would be if they were just reported from real life'—the author of In the Country speaks on writing stories of south-south migration and when not to be faithful to a map.