I was helping my family with some farming work during a weekend and the field was very muddy due to the rains. I was carrying a lot of equipment on my shoulders and was afraid of falling over. My legs were shaking. My mom spotted it and told me to take off my shirt and shoes and try again. It was much easier. Eventually I brought the stuff to mom and she said, “It’s not that you can’t do it — you were too worried about getting your shirt dirty. By taking them off, you got rid of the unnecessary concerns.”

Section 1: Public administration allegories of the People’s Republic of China

This allegory refers to the ultimate human freedom for the purposes of public administration: Freedom from giving a flying fuck.

Like our noble peasants shedding clothing to till the fields, the guardians of public office should not be hindered by trivial concerns that they can ill afford. [Marker’s note: Implies that our noble peasants cannot afford shirts and shoes. This is not 1987! Downgrade.]

Government representatives shoulder the heavy burden of safeguarding the nation, but are all too often weighed down further by pointless niceties like popular opinion, bourgeois Western human rights, or food safety regulations. Like shirts and shoes, these things only make important tasks muddier to complete—for example, forcibly evicting people to make way for inspiring dam projects, confiscating land for private developers that was only being unproductively tilled by stupid peasants or laying siege to rebellious towns and provinces. [Marker’s note: There are no rebellious towns and provinces, except Taiwan. Downgrade.]

Pants too, should be optional. As the famous Christian-Socialist Danish saying goes, “Only when the Emperor is completely naked, can he be truly free to rule.” [Marker’s note: Verify this quote when Wikipedia unblocked]

Only when the Imperial Wang—or as they say in English, “The Wang of Wangs,” [Marker’s note: See previous note] is shoved directly in the face of the public, will the Emperor’s potency be fully apparent, and authority able to flow effectively down the chain of command. The esteemed English Socialist George Bernard Shaw famously labeled this phenomenon ‘The Trickle-Down Effect’. [Marker’s note: The esteemed Socialist George Bernard Shaw was Irish. Downgrade.]

It is also important to remove one’s clothes and shoes when farming after the rains, because shit floats. 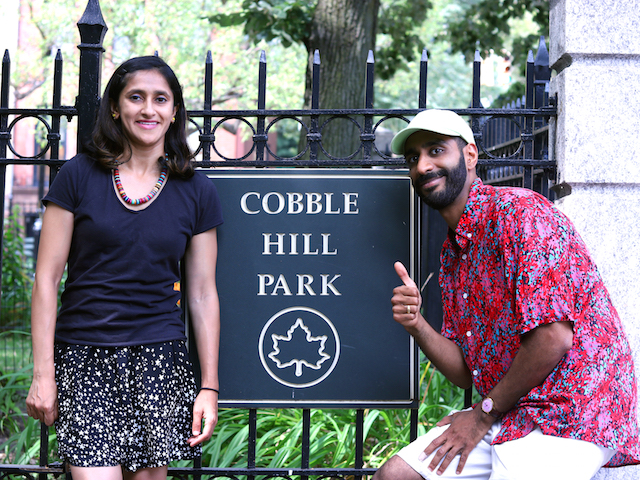 Ashok and Aparna Spice Up the Neighborhood
Comedian Aparna Nancherla talks standup, battling anxiety, and pushing the envelope as a woman of color in comedy