Are you Arab? Are you Muslim? Do you plan on being on an airplane anytime before 2067, which is the year that BP Oil once said all oil reserves will dry up? If so, you might be kicked off a Southwest Airlines flight.

But do not be alarmed! Here are ways you can keep yourself from being kicked off the flight. Khairuldeen Makhzoomi, a Muslim student who was ejected from a plane for telling his uncle, in Arabic, about the time he ate chicken with UN Secretary General Ban-Ki Moon, would have benefitted from these tips.

Do not have brown skin.

If you do, wear a baseball cap and an American flag t-shirt. If this is not possible, a pair of shoes that are completely see-through (jellies, if you will) with American flag socks will help.

Some Americans are very sophisticated and know all Arabic dialects. The possibility of them being on your plane is 1:2,200,000, because Americans who know Arabic dialects live in the Middle East; are in the Army; are potheads in Austin, TX and are too swamped in student debt to fly; or are very well-employed and do not fly Southwest Airlines, because, ew, that’s a fucking bus.

Do not speak Arabic.

Not under any circumstances. White Americans don’t know any second languages, so if you speak anything that might even remotely sound Arabic — Urdu, Farsi, Russian, Klingon, Tuscan Raider, or one of over three dozen Arabic dialects — they will be alarmed.

Do not be a refugee.

Khairuldeen Makhzoomi was a refugee from Iraq, a country with huge oil reserves that rightfully belong to the United States, which has been trying to reclaim them for six decades. If you were stupid enough to get in the way of this, do not ever board an airplane in the United States.

Do not attempt to fly in general if you are Arab and fat.

If you are Arab and think to ask for salt, do not. What, you think your mother’s cooking needs salt? You are an ingrate who is unworthy of love.

Do not be excited.

As you know, Arabs sound like they’re fighting when they are simply asking to pass the salt. Arabs sound like they are angry when they are very happy. That is because they are animated and alive. The worst thing an Arab can be is alive. So, if possible, wrap yourself in white gauze and look dead. If you can convince half a dozen flies to buzz around your face, that would be ideal. No one will notice you at the airport gate. Americans are either incapable of seeing dead Arabs or are so used to seeing Arabs only when they are dead, so either way you will be fine.

Do not think that accomplishments or intelligence will save you.

Khairuldeen Makhzoomi was a UC Berkeley student. He was able to survive being in the way of the US’s reclamation of its oil in Iraq; he was able to find his way to notebooks and pens and textbooks; he was able to take a TOEFL exam, even the SATs; he was able to be accepted at a university with a very small acceptance rate. But this means nothing, because he is alive, and Arabs who are alive are a threat.

In some instances, driving may even allow you to arrive at the same rate as, if not faster than, a Southwest Airlines flight.

If you are a non-Black Arab, drive, and have gratitude that, unlike Sandra Bland, Devin Guilford, Darrius Stewart, and countless other Black people in America, you will not be killed for driving while Arab. Avoid Arizona, Texas, and other states where you might be mistaken for a “Hispanic” or American Indian driver. You might be deported and/or asked why you are still alive.

That’s it! If you follow these tips, you will succeed in arriving at your destination (in sha’ Allah, but do not say that out loud). Best of luck!

Image credits: Clock, salt and pepper shaker, and airplanes graphics designed by Freepik.
Randa Jarrar is the author of A MAP OF HOME and HIM, ME, MUHAMMAD ALI. She loves her mother's cooking.
Tags: Arab American, Islamophobia, airports, humor 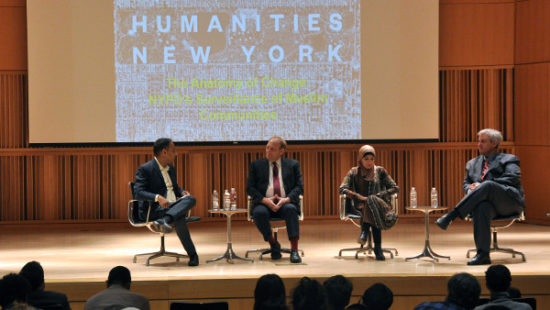 Studio Visit: Eugenia Kim
With the novelist who long thought she was a Korean American impostor