I recently sat down with Katie Kitamura at Café Lafayette in Brooklyn to talk about her second novel, Gone to the Forest, published earlier this year by Free Press. The novel tackles twin contexts of fear and oppression in an unnamed country on the brink of rebellion. The natives are restless. The whites are wary. As a woman, Carine, one of the three whites narrating the story, must stay one step ahead of the other two, a father and his son—respectively, her lover and her fiancé—who make up the range of male dominance, violence, and impotence. That she is witness to this world is a disruption to the equilibrium, however tenuous, that had been created by father and son. The writing in Gone is crisp, and the characters archetypal, sympathetic, and repulsive all at once.

Kitamura is a writer of hard, gritty truths (as Rob Nixon writes in The New York Times Book Review about Gone, “[her] fiction is filled with caged men—men trapped in waning bodies, fighting for professional and psychic survival, fighting for dignity, or at least the appearance of it”), and she is a reader of morally fantastic fiction. At one point during our interview, she insisted I start delving into Elfriede Jelinek, Herta Müller, and Javier Marías, and in return I gave her my copy of The Seamstress and the Wind, a novel about characters taking control of their dreamscapes and so practically the opposite, stylistically, logistically, of Gone; then we examined our respective Lispector novels, put out earlier in June by New Directions. And this is how our conversation began.

wmc: Of course it’s not the length of the sentence that matters—it’s how you use it. But reading Gone gave me a deep appreciation for the short sentence. You mentioned that you are a consummate editor of your fiction—you cut until you reach your sentence’s core. What is this process like?

KK: It’s largely a question of rhythms. Trying to establish rhythms, and then also breaking them where necessary. Fragments are important to me, in the sense that they can represent a less authoritative, more subjective point of view—and that breakdown of authority is itself interesting to me as a subject. I suppose ideally you find some kind of relationship between your subject matter and your prose style.

wmc: The two works that strongly, viscerally, came to mind as I read Gone to the Forest were Juan Rulfo’s novel Pedro Páramo and Bela Tarr’s most recent film The Turin Horse—Pedro, because of the helpless, emasculated man whose father overpowers and destroys everything he touches; and Turin, because I can see Turin’s father very clearly in the ash scenes in your novel, though I know you’d written them before you ever watched Turin. What do you think is happening when dialogue between works of art occurs in this way?

KK: I saw The Turin Horse very recently and I think it will inevitably mark the book that I’m writing now. It’s a film that I can’t get out of my head, tonally speaking. So it’s an influence, but on a different book. The film that has retroactively colonized the territory of Gone to the Forest in my head is Claire Denis’s White Material, which I saw shortly after finishing the manuscript—almost the manifestation of everything I’d hoped to achieve in Gone to the Forest, in the form of a feature film. A strange feeling, which I assume would be much worse if it had happened while reading another book rather than watching a film.

wmc: What is a recent example of such a flash of connection for you?

KK: Can I use this space to briefly rave about the Icelandic writer Sjón? My work has nothing in common with his, but he is such a wonderful writer, and when I read his work I feel so much admiration that it feels like a one-sided affinity of sorts. His novels The Whispering Muse, From the Mouth of the Whale, and The Blue Fox are all forthcoming from Farrar, Straus and Giroux, and deserve to be widely read. When I’m reading or watching something really good, I become agitated. I get nervous in its presence—I have to put the book down, I can’t approach it too directly, I have to circle around it instead. 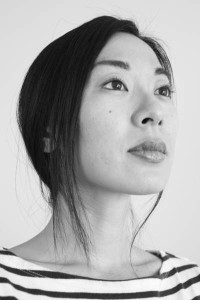 wmc: Three threads in Gone are especially stretched out: the girl’s pregnancy, the father’s death, the son’s ignorance and immobility. These characters are so lost, and yet I stayed with them. I’m convinced it’s because of Carine, the one character who has access to everybody’s secrets. You’ve said that she is the most resilient of them all. Where did she come from?

KK: I was interested in the position of women within a matrix of power that, on the whole, excludes them. What power do they have, and what does that power look like? The men are both characters who are obliged, for one reason or another, to act out certain rigid archetypes. To me, Carine is far more mutable as a character and a presence.

wmc: You read Herta Müller and Elfriede Jelinek while writing this novel. Are there traces of them in the book?

KK: At the moment I’m rereading a lot of Krasznahorkai and Marías, and while I was writing Gone to the Forest I was rereading Müller and Jelinek. I would say the most dangerous thing about reading authors like these is that they ruin your palate for most other kinds of writing. They’re so good that they can engender a kind of intolerance; your definition of what qualifies as “good” writing radically shrinks. This might also be what people mean when they talk about developing one’s taste as a reader.

wmc: Per your recommendation, I’m finally reading Javier Marías—All Souls. What books or writers have you not read yet but have no question that you will love?

KK: I just picked up Elfriede Jelinek’s Sports Play, which is described as a “postdramatic theatrical exploration of the making, marketing, and sale of the human body and of emotions in sport.” What is not to love?

wmc: What is your relationship to e-readers?

KK: I’ve never used an e-reader. Jon McGregor told me a good e-reader story. His novel, Even the Dogs, was briefly pulled from Kindle because readers had mistaken the experimental passages for a series of typographical errors, and complained to Amazon. Presumably about their quality control.

wmc: I finished Coetzee’s Disgrace on the subway. I was on the 7, on my way to Flushing. When I took out the next book—a rambling Saramago—I realized I had committed a folly: connections with a profoundly powerful work need to be digested properly. What do you do after you’ve finished watching or reading or looking at something that’s touched or affected you deeply?

KK: If I care a great deal about a writer, I’ll go on to read more or less everything in sequence. This sounds worthy and systematic, but really it’s compulsive and somewhat lazy. You learn the shorthand of a writer in a book or two or three, which makes reading the books that follow much easier.

wmc: One morning my radio alarm was [your husband] Hari Kunzru’s voice. That is, he was on NPR (talking about the Maldives). I think I had just seen you and him the night before, and in my half-asleep state, I wondered if I was developing an unnatural attachment to him, or at least to his voice. Is his voice inside your head?

KK: I’m really interested in disembodied voices—I read Kittler’s Discourse Networks in university, and it’s remained something of a key text for me. Voices, particularly disembodied ones, are, I think, a useful way of thinking about language, and relate to everything from schizophrenia to technology. But to answer your question, Hari’s voice is, for obvious reasons, a happily embodied one in my life.

wmc: You used to dance classical ballet. Tell me about that life.

KK: When I set out to write my first novel, The Longshot, about mixed martial arts, I believed that I was writing about a world entirely external to my own experience. Retroactively, I realized that my training—the physical strain, the injuries, the claustrophobia of that life—was actually what I was writing about in that book. For better or worse, novels tend to act as reflections of their authors, whether you like it or not.

wmc: What has been a lesson in ballet class—or any dance class—that you always carry with you?

KK: You’re not allowed to stop. Exhaustion is not a functional excuse. You simply carry on until the exercise is finished. Certainly, that’s a useful lesson for a writer.

wmc: The physicality of ballet, and of dance in general, always astonishes me. You have to learn to be poised and athletic all at once, until it’s instinct. But I read once that a dancer’s education is never complete. What do you think completion, or perfection, means to a trained dancer? Or, rather, to any artist?

KK: Completion—that would be death, no?

More: Near To The Alien: Katie Kitamura on Gone To The Forest (The Margins) 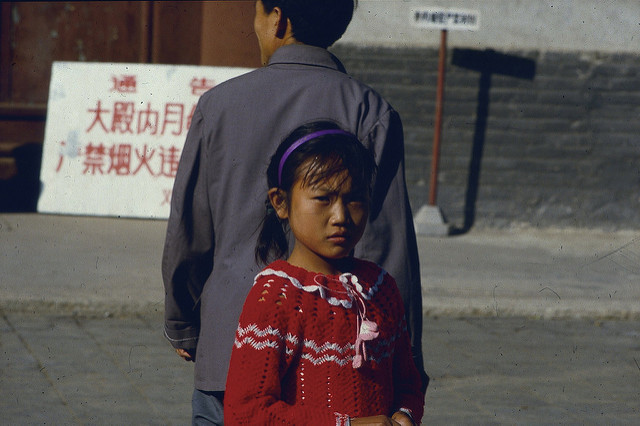 Sitting the Month
These are all birth stories, but I will not tell you mine.