‘As if I could get un-situated / this airport a bubble hovering / in a void between celestial bodies / in but not of / the country I stand in.’

This past June, days after the Supreme Court lifted legal blocks on President Trump’s Muslim Ban save those with “bona fide relationships” to the United States, we asked writers to imagine creative openings and counter narratives as to what a bona fide relationship might be. The following poem by Celina Su is part of a series of stories and poems published on The Margins that create new narratives and futures in response to the Muslim Ban. Keep up with the series and read more here.

I am delayed I am canceled
I have a license I have a passport
the picture is mine I come
in good faith She is my bona fide
blood filial my only I have no other
names here is the stamp I have
this hologram I have
a destination I speak some Spanish because
the signature is mine I have
a sense of direction I have
a purpose I was born there because
I have a spleen
to vent I’m willing myself
to remember the physical sensation called homecoming,
called homesickness I am an assemblage of maybes
I must run to the gate please let me through
I will become I have an appointment to keep

Here, on the eastern tip
of the Brooklyn-Queens border, even after
each new court injunction against 45’s travel ban,
the guards operate
as if we lurk
in but not of
America. Supermodernity is under constant renovation.
My “inalienable” right to refuse police access to my phone
has dissipated into the dry airport air.
This is a port of entry to—

the possibilities of free trade zones, special superior political zones.
I brace myself for extra questioning each time I re-enter the US. (Just now, I almost
write “return home” instead of “re-enter the US,” but a slight ache below my
diaphragm stops me.) Fear

shoots a prickly pain down my legs.
One day, it will knock me to the floor, pleading
ignorance, or exhaustion, or—

I first arrived on a Pan Am flight.
I thought of it as liberatory,
a fugitive glimpse of a utopian city-world, where
I could discard rules and scripts, my scraping by.

As if I could get un-situated
this airport a bubble hovering
in a void between celestial bodies
in but not of
the country I stand in.
Now,
I pass through the metal detector,
the gender verification machine with a blast of air.
I do not request the special pat-down alternative.
I walk to the left on the moving sidewalks.
I allow the compressed air to stick to the back of my throat,
relishing that for once, I am not supposed to do anything
but arrive early, occupy space-time—

I think of other airports, note what is missing here:
the choice between sitting and squatting,
hundreds of paintings of Prince by local high school students lining the corridors,
signs pointing to the direction in which Mecca lies.
A square, jewel box of a room in the middle of a terminal, all glass walls,
filled with cigarette smoke. Three smokers inside, careful to avoid each other’s eyes,
not knowing where to look
without the comfort of opaque walls.

Celina Su was born in São Paulo, Brazil, and lives in Brooklyn, New York. Her first book of poetry, Landia, will be published by Belladonna* Press in 2018. Her writing includes the poetry chapbooks Plurality Decree (MIEL Books) and Beyond Relief (with Ariana Reines, Belladonna*) and pieces in journals such as n+1, Harper’s, Aufgabe, and Action, Yes. Su is the Marilyn J. Gittell Chair in Urban Studies and an associate professor of political science at the City University of New York. 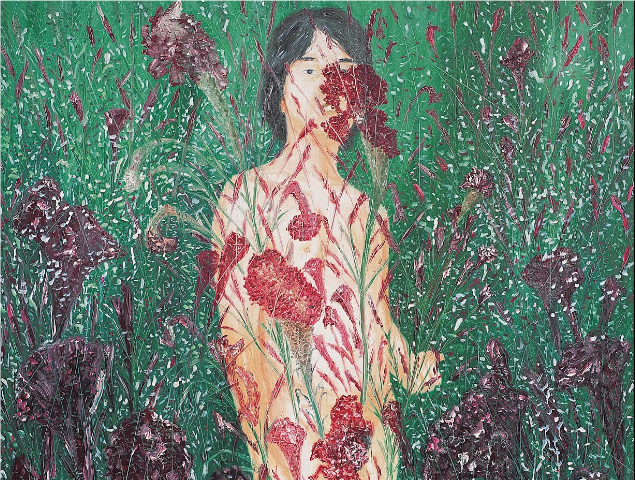 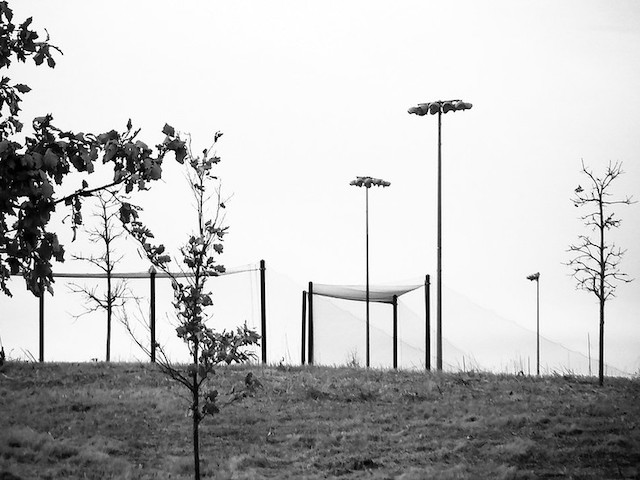 Original Sin: Two Poems by Megan Pinto
They say / the faithful go to God with the love // of a child, they say the soul sees everything / without eyes. I am trying to understand // my life.