If you kept a tab open for us last week, start off this weekend on the same lines — language, geographies, and power. As we apply these phenomena of quake and flow to how language transmits, move through the building and breaking apart of speech to the building and breaking apart of ecological traumas. Pull up your favorite browser to get started with the following links, or take a rain check and log them for later. Now for this weekend’s forecast!

Doreen St. Félix traces the power and politics of Caribbean patois languages and how moments of their emergence can point toward building pathways of resistance, for MTV.

The job of a linguist is to observe, but it is also to standardize, to contrive unifying logic to the chaotic channels humans use to express information. Standardization is also the work of the government. To this day, Haiti is the only country in the Caribbean to designate its patois, Haitian Creole, an official language. (Aruba recognizes Papiamento, a Dutch Creole, as an official language, but the island is a part of the Kingdom of the Netherlands). Most other Caribbean nations, including Haiti itself, may recognize patois as the dominant vernacular, but ghettoize them as “unfit” for public speech. Denial of patois’s power subsumes the culture.

Following Elena Ferrante’s legacies, Daniela Cascella and Natasha Soobramanien’s upcoming series moves through the bounds of and blips in language. (Be sure to keep tabs on pieces from writers such as Bhanu Kapil, featured in last week’s Keeping Tabs, and Mg Roberts, interviewed for the Margins!)

Smarginature is a series of events, aimed at readers, writers, listeners, vocalists, translators, artists and anyone else interested in exploring the ways in which language, or languages—written, spoken, or overheard—can elude definition and trespass boundaries.

The series is inspired by a selection of texts which explore or enact such language slippages and shifting subjectivities. Central to these is Elena Ferrante’s tetralogy, The Neapolitan Novels (trans. Ann Goldstein), from which the term ‘smarginature’ is taken. Translated by Ann Goldstein as ‘dissolving boundaries’, ‘smarginature’ describes, in the novels, a state of psychological and existential crisis periodically experienced by one of the protagonists. Ferrante’s use of a technical printing term (‘outside of the margins’), suggests also the difficulties of fixing meaning—reality—in language.

Immigrant families of different origins live and work in close proximity, and as a result in restaurants and home kitchens there is inter-Himalayan crossover. Because restaurants cater to a diverse clientele, they end up serving a wider range of dishes — a tasting menu of sorts — that brings in influences from multiple communities. And depending on who is cooking, there will be different interpretations. A Tibetan chef will bring her own traditions to Bhutanese food. A chef from northern Nepal will make the cuisine of southern Nepal with his own flair.

The Boat Rocker by Ha Jin

In a short story set in Berlin, Germany, Ha Jin grapples with the ramifications of Chinese creative censorship and the interplay of citizenship and identity, as featured in Guernica Magazine.

But my amazement made me pensive. I imagined two babies, one born in China and the other in the West, given different passports at birth—one child was automatically deprived of the freedom of travel. Then, why should the Chinese child grow up without the same right? What or who is responsible for that child’s deprivation? The country the child was born into. A country that cannot endow its citizens with the same right of travel and migration as most other countries have done for their citizens, a country that makes its people second-class citizens in the world, has failed and should be held accountable by its populace. So much of our humiliation and resentment toward the West in reality originated from the country we created but cannot hold responsible. We allow the country, which should be the guardian of our rights and interests, to rule and abuse us like a god.

Content warning in the following piece for sexual themes and abuse.

Women in Love by Kelley Dong

In a review of Park Chan-wook’s The Handmaiden, Kelley Dong pans through how Park’s most recent release creates followthroughs and fissures with Park’s filmography, Korean colonial histories, and Korean Queer Cinema, for the Museum of the Moving Image’s magazine Reverse Shot.

Regarding sex, Park seems well aware of his hetero maleness, filming the women’s bodies from a distance, established by limited nudity, frequent pans, and a preference for wide-shots. In an effort to own his outsider status, he uses the male gaze against itself. The film’s elaborate sex scenes between the women, which involve reenactments of Kouzuki’s erotic texts, intentionally induce the discomfort of watching women love one another through a lens constructed by men. Though there remains the lingering question of whether a glamorized lesbian sex scene can ever be more than just that, the film avoids clarity to drive its point that oppression is hauntingly pervasive.

Featuring sound bites, magazine excerpts, and poster scans from Funambulist Magazine, Léopold Lambert puts together a review of the magazine’s October events in Tokyo and Hong Kong. (Find a recording of Tings Chak’s presentation on this page, who was also featured on our first Keeping Tabs link roundup!)

In the last week, I was lucky enough to present The Funambulist Magazine in Tokyo (October 7 at Vacant) and Hong Kong (October 13 at Kubrick) along with friends Christina Yi and Momoyo Homma on the one hand, and Tings Chak and Sonia Wong on the other (see the two posters at the end of this post).

We have an immediate need—and it will be continually ongoing—for firewood, meat, and things like extreme cold weather sleeping bags that can go below negative 40°F. When it’s negative 40°F out here, you can only put so many sleeping bags inside of sleeping to stay warm, so we need things that are explicitly focused around extreme cold weather. Things like boots, gloves, hats, scarves, and coveralls are all really welcome. We also need materials for building things like windbreakers, because the wind out here is incredibly intense. We need those things, but also just supporting indigenous people that want to come out to this space is incredibly important, because this is our space, and this is our time to do a lot of healing. Our communities have been put through a lot of historical trauma, and to come into a place like this, there’s a lot of forgiveness and a lot of healing happening. So focus on supporting indigenous people who want to come out here, who want to pray, and who want to be intrinsically understood about what that historical trauma feels like. It provides a type of community care that is almost never afforded to indigenous people.

Anthropocene and Empire by e-flux

In Public Books, Stacey Balkan reviews The Great Derangement: Climate Change and the Unthinkable by Amitav Ghosh. Ghosh is best known as a novelist, but The Great Derangement is a nonfiction book that explores the convergence of the rise of literary realism in Europe, the spread of European imperialism, and the explosion in the carbon content in our atmosphere. As Balkan writes, Ghosh draws a crucial connection between Western empire-building and climate change that most commentators on the Anthropocene have failed to note. 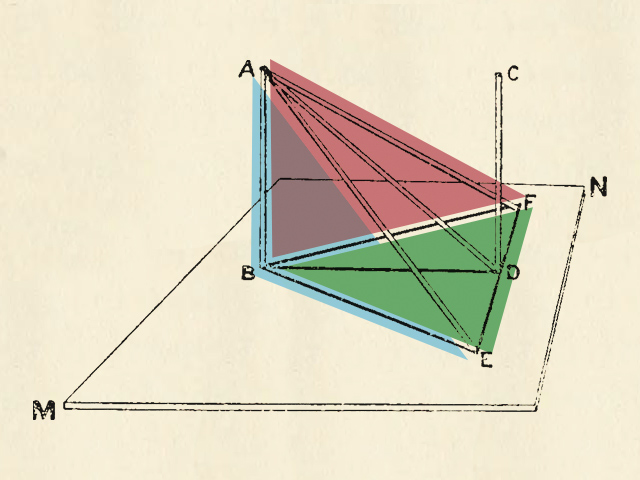