A day without a hate crime, Asian-American activism in 1970s Los Angeles, worlds made possible by the NEA 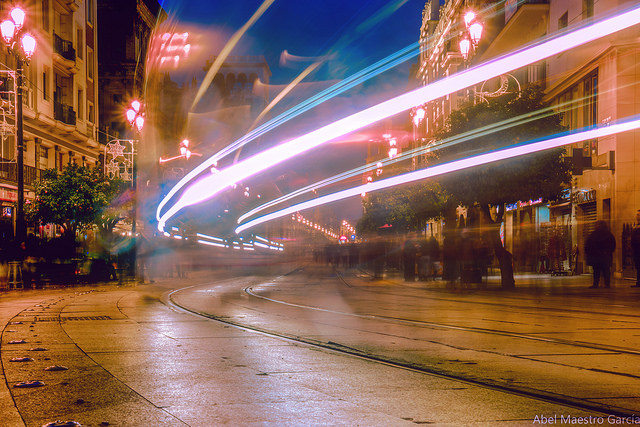 This week we’re thinking about alternatives and the various forms they can take: from an imaginary day without a hate crime, to the forgotten history of Asian-American activism in 1970s Los Angeles, to the NEA grants that open up brief harbors of writerly existence. These are some of the ways in which to say: a different world is possible.

An Alternate History by Meera Nair

Last month, 32-year-old Srinivas Kuchibhotla was reportedly told to “get out of my country” before being shot to death in a bar in Kansas. In this moving essay, Meera Nair gives a poignant re-imagining of that day as a day free of hate crimes, told from the perspective of Srinivas’s wife, Sunayana Dumala. The piece evokes the aching beauty of immigrant love and breaks through the haze of xenophobic hate and fear that envelops Trumpland.

“This is America, though. It is not as if you can appeal to an elder who will scold him for forgetting that marriages need time and watering. The two of you are alone here, unmoored. Immigrants in an indifferent country. Orphans, even though your parents are alive and full of questions. Indians without India.”

Critical remembrance is another way to break through the haze. This essay by Abe Ahn gives an overview of the exhibition Roots: Asian American Movements in Los Angeles 1968–80s, currently on view at the Chinese American Museum in Los Angeles, and explains the urgency of these past visions of Asian America in today’s toxic political climate.

The stories presented by Roots give a sense of how the early Asian American movement sought to overcome atomization and define itself. Importantly, it was not exclusively preoccupied with the struggles of its own members — solidarity with Latinx, Black, feminist, and third-world movements was a foundational and evolving part of its activism, one that defined liberation as social and economic justice for all, not just some, groups of people.

14 Authors on the Life-Changing Impact of the NEA

These past few weeks, the country has been reeling from the horrors of Trump’s new budget. One of its many monstrous proposals is the complete elimination of the National Endowment for the Arts. This Electric Literature piece compiles testaments from 14 writers on the ways in which the NEA has made their work (and lives) possible. As Jess Row observes:

Because American conservatives imagine freedom as a negative space?—?a wasteland where all traces of social cohesion or society, period, have been blasted away, like the desert setting of the Mad Max movies?—?nothing drives them crazier than the NEA. The NEA to them is like the National Parks where they’re not allowed to ride snowmobiles. Its vulnerability, its marginality, its mere suggestion that another system of value exists, makes it a perfect target, as it has been since the Reagan years.

Pankaj Mishra: We Committed Intellectual Suicide After 9/11 by Rafia Zakaria

Rafia Zakaria interviews Pankaj Mishra about his provocative new book Age of Anger, an alternative narrative of human history that traces the trajectory from the Enlightenment in the 18th century to global terrorism today, eschewing the usual binaries between East and West, Christian and Muslim. As Mishra explains:

We need an analysis that compares the fundamentalists of today, whether they are Muslim or Christian or Jewish supremacists; their misogyny, their antipathy to multiculturalism, is markedly similar. It is what links them that needs to be explored, the shared experience of disruptive social change, psychological disorientation, scorn, and humiliation.

Using the horror genre as a “trojan horse,” Jordan Peele’s Get Out presents a deep, dark, and explosive vision of the insidious racial violence that lurks below the surface of “post-racial” America. In a guest post for Reappropriate, Melissa Phruksachart digs into the significance of the single Asian character in the film, reflecting on his complicity in anti-blackness as well as the possibility he symbolizes, however tenuously, of Afro-Asian collectivity. Note: the piece contains spoilers.

Though Asians aren’t white, they aren’t innocent, either, and they aren’t automatically aligned with black people. Peele points here to a long history of Asians enriching themselves at the expense of black people: whether it’s Asian Americans who protest affirmative action because it gives spots to black and brown students that a “deserving” Asian student might take, or the everyday Asian Americans who uphold structures of white supremacy through their work, thoughts, and actions, without interrogating anti-blackness.

Today marks the fiftieth anniversary of Martin Luther King Jr.’s historic “Beyond Vietnam” speech, in which he publicly declared his opposition to the Vietnam War and radically linked the civil rights movement to the peace movement. Eric Tang revisits what is perhaps King’s most prophetic and enduring speech in his piece for The Nation:

At the beginning of his speech, King reported that many had cautioned him against coming out against the war: “’Peace and civil rights don’t mix,’ they say. ‘Aren’t you hurting the cause of your people?’ they ask.” In response to his critics, King offered a simple, chilling observation: “They do not know the world in which they live.”

And here are this week’s anti-Trump resources for you:

On April 8th, Congressional Recess is back. Last recess, more than 100,000 people showed up for town halls across the country and helped save health insurance for 24 million Americans. Tune into Indivisible’s webinar at 9pm EST tonight to learn the policy priorities and latest tips for participating in Congressional Recess round two.

We’re now 75 days into the Trump presidency and resisting on a myriad different fronts. To keep track of consequential political news, don’t forget to keep an eye on this handy daily newsletter.

The full Senate is expected to vote on Neil Gorsuch’s Supreme Court nomination this Friday. Democrats are expected to filibuster the nomination, while Republicans have threatened to invoke the “nuclear option” that would change Senate rules and bypass the filibuster. Read more about this impending showdown on the Senate floor here.

And to keep your spirits up, here’s a rundown of last week’s small victories for the #resistance.