The making of a Muslim intellectual, remembering Asma Jahangir, and the urbanization of Chinese fiction. 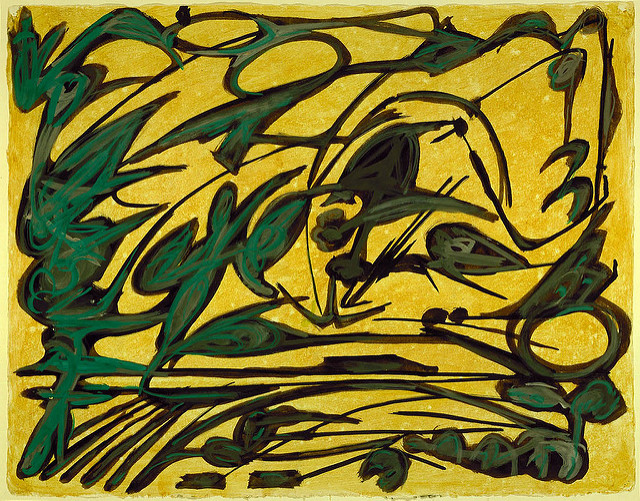 The passing of Asma Jahangir, the fearless Pakistani human rights lawyer and social activist who passed away on Sunday after suffering a cardiac arrest, will be felt deeply by many people, including us here at AAWW. Here, Saroop Ijaz traces Jahangir’s indomitable spirit, fierce opposition against repression, and unwavering advocacy of a wide range of different causes, from the protection of religious minorities, women’s rights advocacy to judicial reform. Rest in power, Asma.

Still, Asma Jahangir is different from most of her colleagues in bar politics — in more ways than one. She smokes beedis in the bar room, talks loudly and bluntly and makes direct eye contact with those she is conversing with. She is undiplomatic yet she has a disarming common touch. She has the ability to be frank and honest without sounding abrupt and pretentious. She is a contrarian but she is also a conciliator — with the ability to find points of convergence.

Islamic-Jacobinism: The Making of the Muslim Intellectual by Ahmad Makia

How have ideologies of self-determination, equality and liberty been negotiated in heterogenous, adoptive, or resistive ways by the colonized? In this ambitious theoretical piece drawing together Al-Afghani’s intellectual efforts, CLR James’ Black Jacobins, and Malcolm X’s autobiographical performativity, geographer Ahmad Makia looks at the intellectual traditions of Muslim thinkers that deprovincializes Europe’s hegemonic claim to history, literature, philosophy and politics.

[T]he constellation of slave/savage and Jacobin/savage, white/Jacobin and black/Jacobin is not constituted to claim that political positions are privileges gained over and against each other, but that whatever social capital those words might have, they represent a deliberate convergence to evade structural oppressions: Black Jacobin, or Muslim Intellectual for that matter, was a vocabulary of what was emerging.

…In this cartography of Islamic-Jacobinism, I am addressing the uncertain body, the evading body, the asexual body: the body that does not costume in relativistic terms to the status quo, but the crossdressing body; the body that does not perceive a holistic whole made of mind and heart in need of representation and validation, but the body as a bypass, an instrument, a tool; the circumventing body so that it is never able to secure a status; the body that is detached from face and vanity; the aloof body that is uncategorical, non-visual or verbal.

My Lai by Michael Uhl

2018 marks the semicentennial of the heinous My Lai Massacre, which saw the mass murder of between 347 and 504 unarmed Vietnamese civilians in South Vietnam by American forces. In this harrowing review of Howard Jones’ recent work My Lai: Vietnam, 1968, and the Descent into Darkness, Michael Uhl recounts the sheer scale and volume of terrors inflicted on the Vietnamese people during the American War in Indochina.

More broadly speaking, an explanation less charged by aggression would point to a level of provincialism that apparently can afflict only a nation as relatively pampered as my own. In such an arrangement, turning a blind eye for expedience’s sake towards the pursuit of global power, consequences be damned, is as good as a national pastime.

…We were saying, in effect, don’t look just at the record body count attached to the slaughter at Pinkville and think you have a true picture of US crimes in that war. Count the day-to-day toll of Vietnamese civilian deaths that resulted from premeditated frames like “mass population transfers” (the Strategic Hamlet program) or “chemical warfare” (the saturation of the countryside with phenoxy herbicides like Agent Orange) that were already prohibited by the conventions of war to which the US was a signatory.

The Urbanization of Chinese Fiction by Kristin Stapleton

Throughout various points in modern Chinese history, the “urban” had always occupied complex, ambiguous and often conflicting roles in the literary imagination. Here, Stapleton traces how the urban imaginary has shifted across time, from Ba Jin’s ominous representation of Chengdu to Eileen Chang’s sordid, semi-colonial Shanghai.

The city [Shanghai] features in many stories, novels, and films of the 1920s and 1930s, but not usually as a symbol of hope, as in Ba Jin’s work. Eileen Chang (Zhang Ailing) set the short story that inspired the 2007 Ang Lee film Lust, Caution, in Shanghai in years of war with Japan, and in it we see elements of a more common representation of Shanghai life: earnest revolutionary students encounter a corrupt urban scene dominated by foreign powers and their degenerate Chinese collaborators, as the sordid streets are lined with starving refugees from the impoverished countryside.

As the 2018 Winter Olympics begin in Pyeongchang, South Korea, Jules Boykoff reflects on the long history of Black athlete activism in sports while challenging the notion that it represents simple symbolism. Boykoff’s piece rings especially prescient in our particular historic milieu with a US President decrying Black athletes and Black Lives Matter.

…Instead, we should see the ongoing tension between them as defining the complexity of athlete activism itself, with each path kindling divergent arguments, tactics, and strategies. The persistent narrative of their irreconcilability represents a deeper friction in the struggle for political and social recognition in America.

Slavery and the American University by Alex Carp

The next installment in our Black History Month series confronts the histories of the American university and slavery, which have long been deeply intertwined. Amassing a vast variety of archival material, historical documents, scholarly literature, performance artworks and personal accounts, Alex Carp’s examination of this troubled history prompts us to critically interrogate the continuing legacy of this haunting past, particularly as universities still continue to enact material violence unto Black communities through gentrification and forced displacement.

According to the surviving records, the first enslaved African in Massachusetts was the property of the schoolmaster of Harvard. Yale funded its first graduate-level courses and its first scholarship with the rents from a small slave plantation it owned in Rhode Island (the estate, in a stroke of historical irony, was named Whitehall). The scholarship’s first recipient went on to found Dartmouth, and a later grantee co-founded the College of New Jersey, known today as Princeton. Georgetown’s founders, prohibited by the rules of their faith from charging students tuition, planned to underwrite school operations in large part with slave sales and plantation profits, to which there was apparently no ecclesiastical objection. Columbia, when it was still King’s College, subsidized slave traders with below-market loans. Before she gained fame as a preacher and abolitionist, Sojourner Truth was owned by the family of Rutgers’s first president.