Diversity in publishing, the lost history of comfort women, and Karen Tei Yamashita on her family history.

Last week we focused on the way that Western spaces pick and choose moments of non-Western histories to fit into established world views of a concept of the non-Western Other. This week, we’re just having a conversation: during the call and response of conversation, we find and make meaning that we may not have considered before. So sit in on an interview with Karen Tei Yamashita to learn about her process of creating Letters to Memory and read a conversation with Kirkus to make sense of a controversial review.

The first of these two poems, called “[Elimination Treaty]” evokes a call and response between Chinese Exclusion Act and Liang in a compelling construction of a whole experience. The second, called “Petrichor,” links past to the creation of the present.

In the opinion of the Government of the United States

[licenses to practice medicine in the East

were worth less than factory-printed baseballs cards.]

American Heart went through extensive checks to make sure that the story involving a white teenager learning about the atrocities of her own country didn’t fall into the “white savior narrative.” While trade reviewer Kirkus originally rated the book positively, publish backlash made them review the review and subsequently lose the book its star. Was the careful review of the book just a way to rationalize a poor choice of subject? Or was the public’s response too reactionary?

For some members of the YA community, the premise was objectionable from the get-go (the first Goodreads review, left on September 7, begins with “fuck your white savior narratives”). But after a research and review process including multiple sensitivity reads, Moriarty was prepared to stand by her work, and the notoriously prickly Kirkus gave the book a starred review. Published on October 10, it described American Heart as “terrifying, suspenseful, thought-provoking, and touching” and “a moving portrait of an American girl discovering her society in crisis.”

Only a few days later, the review was pulled amid continued criticism of the book from community members

The Asian American Women Writers Who Are Going to Change the World by R.O. Kwon

Wang: As a teenager, I wanted to stand with my hips thrust out, hands in back pockets, trying to inhabit a demeanor that went against type. During my wedding rehearsal, a table of my friends said, Oh, we were all just talking about how we were all so intimidated when we first met you. I was really surprised to hear that, and kind of proud. I feel like my reputation has moved away from being deliberately intimidating. There are times when I miss that, in how I’m perceived.

We at AAWW were incredibly fortunate to have M. Evelina Galang present her book at our space last month; here, she discusses the process of her newest release, Lolas’ House, and how to approach subjects and the self with compassion

Also, the lolas talked a great deal about how the stories enter your body. I found this to be true. The stories affected me and there was nothing I could do, so I wrote. Even as they released their stories from their bodies, I found journaling and writing this book was the best way to relieve the insomnia, the migraines, and the nausea I felt during this project. I realized that in addition to creating space between the testimonies, there was a powerful parallel story here. What do we do as witnesses to these testimonies once they enter our bodies?

Hear noted author Karen Tei Yamashita delve into the necessity her new book, Letters to Memory, with Eric Newman and Medaya Ocher in which she digs into her family’s archives, as well as historical context, to illustrate the Japanese Internment Camps’ affect on families as well as the larger communities.

Amy Tan’s new memoir delves straight into the realities of her experiences with family with no fiction attached–in this interview, she discusses the themes of the memoir as well as her process of writing it.

My mother’s letters to me, and my letters to her. In part, they contradicted the selective memory that recalled mostly the bad things that went on between us, and little of the expressions of love. I knew she loved me, and the way she worried about me. “You’re like me,” she’d say, “and that’s why we understand each other.”

Reading her letters, I thought, That’s where that comes from. Also that idea of feeling deeply, or feeling that people didn’t understand her—that’s exactly how I feel. I want to feel deeply, and I also feel no one understands me. And there it was in her letters—it was like having her back.

Vice president, publisher, and editor in chief of the OneWorld imprint at Penguin Random House, Chris Jackson, explains how to really create diversity in a notoriously non-diverse world: taking chances.

Publishing, it turns out, is a job you can learn while doing, if people are willing to help a little. I was lucky to find my way into a publishing house that was not constrained by corporate hiring practices, so they could take a risk on someone like me.

Keeping Tabs: New Skins
Patty Yumi Cottrell on the abyss, Leland Cheuk on battling cancer, and former Margins fellow Wo Chan on fashion and the body. 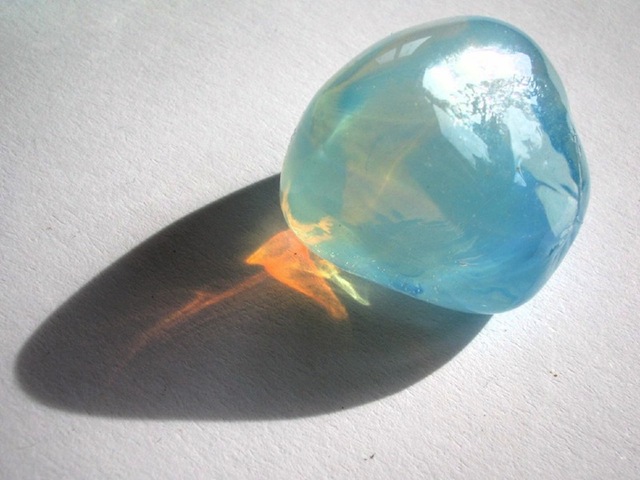