On data, food, and criticality under capitalism and the State.

Last week, our roundup links held discomfort as a necessary part of growth. This week, these pieces recognize the violences of past and present in order to imagine more liberatory futures. This week’s creations and writings, towards “Asian” data disaggregation, police abolition, and alternate-universe anti-colonialism theorize new possibilities of relating under the State, while Chinese labor history, an end to food, and critiques of the progressive or “radical” art and literary worlds leave us reconsidering good(s) usually taken for granted.

A group of AAPI leaders, educators, researchers, and students have drafted an open letter to educators within the community in response to protests by Chinese Americans against AAPI data disaggregation efforts. The letter, citing Rhode Island’s All Students Count Act, focuses on disaggregating data into different ethnic categories as integral for preventing the consequences of traditionally “lumping all people of Asian origin together”:

About Hating Art by Asmodeus

In this piece on “art activism,” Asmodeus takes on advocates of art-as-revolution by weaving together an anticapitalist critique of a “radical art world” that produces art and spaces that push native residents out. Asmodeus focuses on recent clashes between artists and residents of Los Angeles’s Boyle Heights, prodding readers to get critical about how self-proclaimed “activism” can do harm to those it purports to help:

There are few things more depressing than the idea that art is the last zone of freedom in a capitalist world…The art world is part of capitalism, just like everything else, which means that it’s built on a set of antagonisms. Class antagonisms, racial antagonisms, antagonisms around sexuality and gender. Of course this isn’t any secret. The problem with a lot of art world people, though–aside from the other, obvious problems–is that they want their participation in the art world to function as a complete package. In other words you can get your aesthetics, your ethics, and your politics in the same place, by doing the same stuff.

The package deal only works so well because the art world absorbs and mediates conflict in order to fuel its own reproduction.

Disparities between Chinese and white workers set the stage for the June 1867 work stoppage. The Chinese had seen a pay increase from $31 to $35 per month by Spring 1867, but it fell short of the $40 monthly salaries whites were pulling in, Obenzinger said. They were also toiling longer hours, often under dangerous conditions, whipped or restrained if they left to seek employment elsewhere. And unlike whites, the Chinese had to foot the bill for their lodging, food, and tools, according to the project.

The 1867 strike was one of a number of actions taken by Asian Americans and Pacific Islanders, who have a long history of being active in the labor movement, according to executive director Alvina Yeh of the Asian Pacific American Labor Alliance, a national labor organization.

Yeh pointed to Filipino and Japanese sugar plantation workers striking in Hawaii, as well as labor actions by Chinese garment workers in San Francisco and New York City, all of them happening in the 19th and 20th centuries.

A World Without Police

The abolitionist collective, A World Without Police, briefly details the origins and present state of the police as the enforcers and sustainers of anti-Black capitalism; AWWP argues for the total destruction of the police (and the police state) rather than reformist politics.

We believe police violence and exploitation cannot be ended through reforms (better trained, better monitored, more friendly cops) but only with the total abolition of the police as an institution. As we explained in this pamphlet, this is because police forces maintain the inequalities of capitalist society, and will continue to be violent and racist as long as they exist. At the same time, we know police abolition is only possible as part of a broader revolutionary project to abolish the state in its entirety, along with capitalism, white supremacy and patriarchy. The struggle against the police cannot be divided from the broader movement or treated as a single-issue campaign.

In this digital film piece, produced on the 150th anniversary of settler Canada’s Confederation, Mohawk artist and cartoonist Walter Kaheró:ton Scott critiques national demands for “the celebratory highlight of ethnocultural subjectivity contoured by capitalism.” An artist in an alternate universe, Xinona, is commissioned by the colonial state to produce a work reflecting their “[indigenous] Kombucha identity,” and ends up destroying the planet.

In this piece on the precarious joy of eating, David Wong Louie laments his cancer’s effect on his consumption and broader life-making. Louie’s memories of alimentary pleasure are remembered with love and grief, as he describes his transition into a liquid diet fed through a G-tube.

From my journal, March 29, 2012: “Woke, fed tube, went to acupuncture, came home, fed tube, napped, fed tube, emailed, fed tube.” In the locution of the cancer ward: Your only job is to get better. 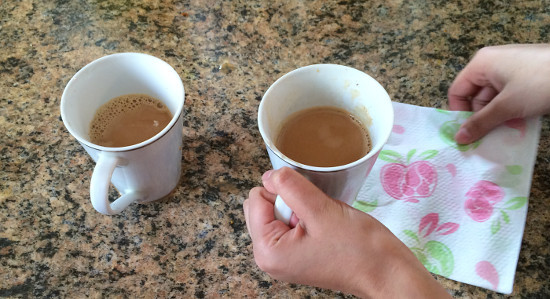 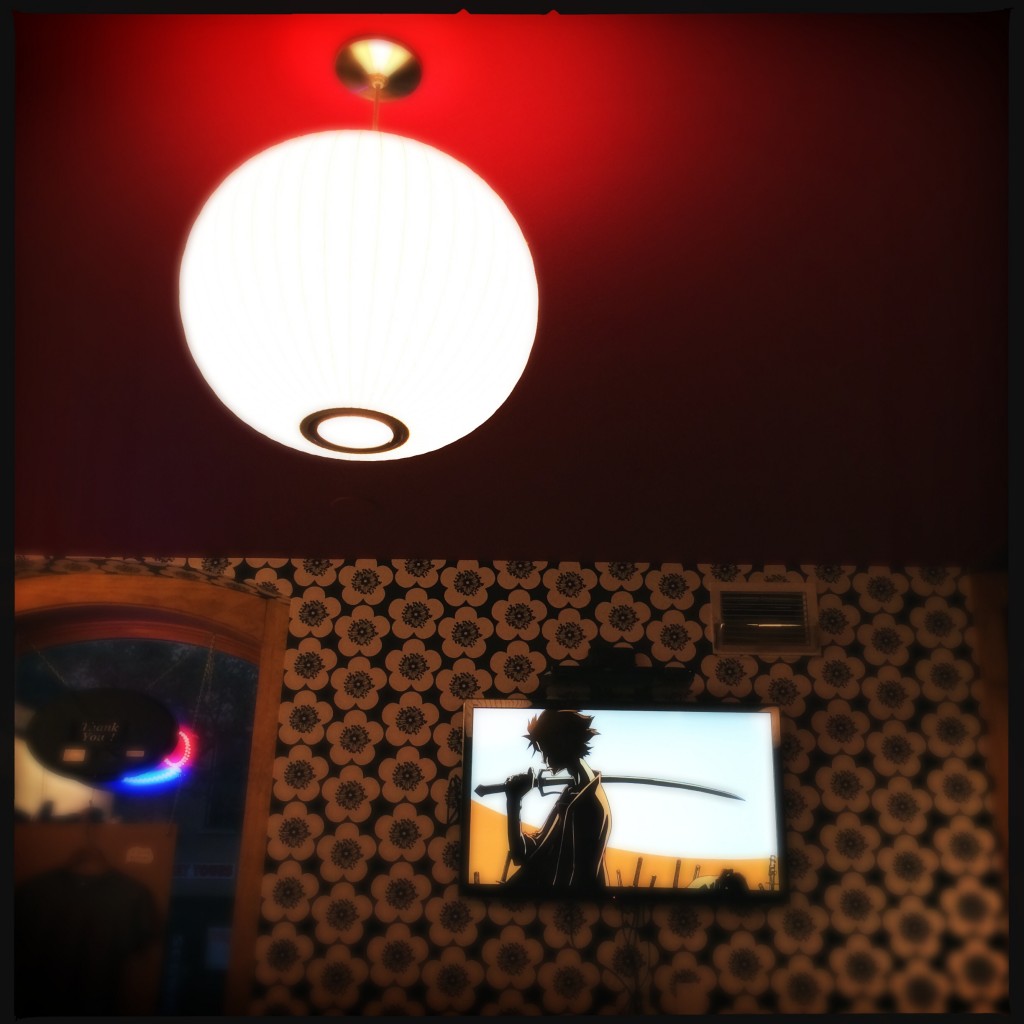 Searching for Austin’s Asian American Soul
I said I missed Asia. His elderly friend beckoned to me and showed me his smartphone--a video of a dance performance in China. Little girls singing shrilly. “If you miss it,” he beamed, “Just watch YouTube.”