Carving a subversive current in the cinematic status quo, the deep roots of Islamophobia in America, and the political power of laughter. 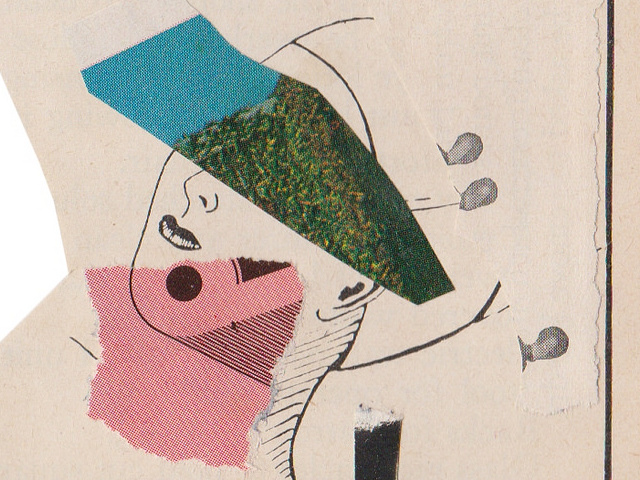 Illustration by sharon b.
Marginalia
March 3, 2017

This week we’re thinking about healing and self-care, the complicated and restorative relationship between mothers and daughters, the long history of Islamophobia in America, and radical cinema beyond the glitz of Hollywood.

If You Can’t Beat Them, Laugh at Them: How Asian America Responded to Hollywood in 2016 by Traci G. Lee

When it comes to racial progress, the Oscar’s are always playing catch up. This year was no different, from the bizarre Best Picture mix-up that took the spotlight away from the beauty of Moonlight, to Jimmy Kimmel’s casually racist jokes about Mahershala Ali’s name. We invite you to take a break from Hollywood’s tokenism and faux-diversity to recall Asian America’s hilariously subversive response to the Hollywood whitewashing of 2016. Comedian Jenny Yang said it best:

“We can legislate all we want, and we know this through history: people can say from up high, ‘Be a certain way.’ But as a culture, if we also don’t shift our practice and our mindset, things don’t change. And the only way we can shift culture is through creating culture, and that’s through art.”

The INTIFADA issue of SVLLY(wood) Magazine

Before Moonlight blew up, Barry Jenkins was a Hollywood outsider who made his debut feature Medicine for Melancholy for only fifteen thousand dollars. His Oscar win reminds us that truly cutting-edge cinema plays by its own rules and tells stories that destabilize, rather than appease, the status quo. SVLLY(wood) is an experimental print and digital magazine that celebrates radical cinema and seeks to forge a new cinema at the intersection of aesthetics and politics. Here is an excerpt from Khaled Alsenan’s essay “Manifesting Political Cinema,” featured in their latest issue INTIFADA:

It is the duty of political cinema to disrupt the romantic image of revolution by presenting its internal chaos and failures alongside its triumphs. Extracting pure effect out of revolution while neglecting its idiosyncrasies amounts to a revisionism that borders on propagandistic. Political cinema, therefore, must also encompass a broad range of films that offer narrative alternatives to films depicting mass uprisings and violent revolution in the linear form.

In her recent piece in Arré, former Open City Fellow Sowmiya Ashok meditates on sickness, mortality, and the deeply healing power of the mother-daughter bond. You can read more of Ashok’s writing on Open City, including an article on the NYPD’s surveillance of Muslims.

She spoke of the strength she derived from her mother and grandmother as they nursed her back to good health. She would repeat all of this to me in the weeks after my surgery when I stood naked in front of her, embarrassed that she had to see her grown-up daughter this way. Her stories soothed me, as if they were from the medieval ages, even as I put my faith in modern medicine that I was sure would have me back on my feet in no time.

The March-April issue of BOAAT Journal

This new issue features new poems by Fatimah Asghar, Ariana Brown, Franny Choi, Safia Elhillo, and more. You can read more of Asghar and Choi’s poetry on The Margins. Here is the opening to Cameron Awkward-Rich’s “The Cure for What Ails You”:

is a good run, at least according to my mother,
which has seemed, all my life, like cruelty —

when I had a fever, for example, or a heart,
shipwrecked & taking on the flood. But now,

of course, this is what I tell my friend whose eye
has been twitching since last Tuesday, what I

tell my student who can’t seem to focus
her arguments, who believes, still,

that it’s possible to save the world
in 10-12 pages, double-spaced & without irony

I’m asking Have you tried going for a run?
you know, to clear your head? this mother-voice

drowning out what I once thought
to be my own.

Islam on Trial by Amna Akbar and Jeanne Theoharis

Ackbar and Theoharis’s essay in Boston Review urgently reminds us that Islamophobia did not start with Trump. Anti-Muslim prejudice has deep roots in US history and was exacerbated under the policies of Obama and his predecessors. The piece opens a forum with multiple writers and scholars in thinking about the insidious normalization of Islamophobia in America over the past several decades:

This forum asks readers to think more deeply about the contingency of American Muslim belonging in the United States. Until droves of people flooded our airports to contest the ban, there was little willingness by most politicians, the American public, and the courts to protect American Muslim rights; to place any significant limits on government spying, targeting, searches, and stings; or to ask difficult questions about the role of the United States in the world. Trump’s celebration and intensification of the ugliness of these longstanding policies presents an urgent opportunity to understand and contest these practices.

In her moving new piece for Catapult, Christine Hyung-Oak Lee meditates on depression, her relationship with her aunt, and the importance of being seen. Here is the opening:

I started taking summers in Korea after my first suicide attempt at the age of seventeen.

My mother, the only one who knew about my attempt, who’d discovered and dragged me out of bed and given me a cold bath and then made me walk the Santa Anita Fashion Mall for hours—was terrified I might try to kill myself again. Afterward, she pretended as if it did not happen. To this day, if I bring up “that time,” her eyes focus at infinity and she changes the subject to the weather or, if I’m very lucky, neighborhood gossip.

And here are this week’s anti-Trump resources for you:

Teaching Against Trumpism: a site of resources, including syllabi and reading lists, for educators who want to teach the #resistance.

Big Door Brigade has launched a list of mutual-aid projects to enable us to provide concrete support to those under attack by government agencies and agents. Areas of support we can contribute to include Childcare, Legal Help, and Cop Watch.

For International Women’s Day next Wednesday March 8th, the International Women’s Strike has organized an international day of action that includes strikes, blockades, walkouts, protests, and occupations in hundreds of cities. Find an action near you to join the global movement of women against the current social, legal, political, moral and verbal violence against women worldwide.