Make no mistake, the pinnacle of all graphic notation is emoji. 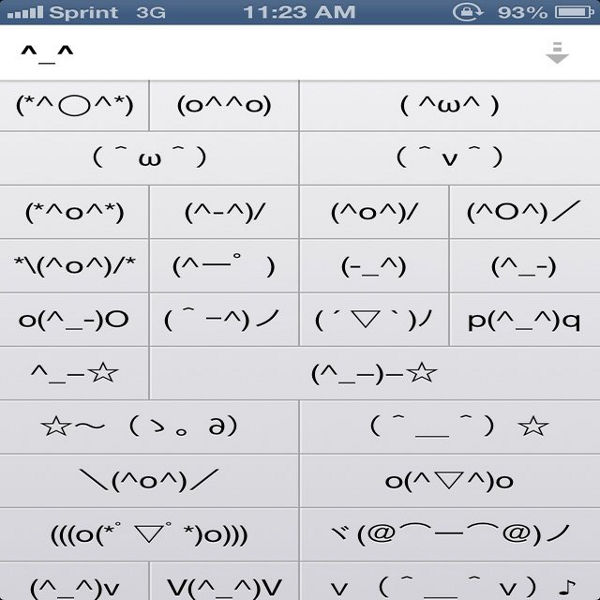 After centuries of closed borders, saving its cherry for immaculate conception with its own set of language scripts, the Japanese language opened its borders and experimented with the world, contracting the DNA of every country’s symbols, and now thanks to type science, we have this empire of symbols known as emoji. Emoji are the horizontally-oriented cousin to emoticons. The word literally means “pictogram” in Japanese, but emoji are widely used all over Asia; only now are they making their way into the States, where the emoticon still reigns supreme.

But you see, what in America is 🙁 might instead be *~* or –___– or (´ . `). Eskimo have a thousand words for snow, but that’s nothing compared to emoji. If emoticons are HTML, emoji are JavaScript.

To wit, anyone with an iPhone will tell you emoji are em-dash-sized .gifs of birthday cakes and clapping hands. Those are trademarked Emoji™ and I’ve seen smart people become so addicted to emoji-ese that they lose all language faculty (look at popular Instagram comments if you don’t believe me). Buyer beware: Real emoji are type-characters mind-crafted  into a haiku of emotions. That emoji rhymes with emo in English is simply an uncanny resemblance. Emoji is neither Emoji ™ nor emoticon. Of course some of us hate emoji and emoticon alike. Script manipulation can cause such serious distaste in some people as to border on allergy. They would sooner get a bagel-head injection than ever type emoji-style in a chat. This distaste is not unlike the biochemical aversion some people have to cilantro. Like cilantro, however, many people not only tolerate the fragrance of script manipulation, they are pleasantly surprised by its effects in unlikely places. I give you the cilantro mojito, por ejemplo.

The first joy of coriander script manipulation lies in the discovery of your keyboard characters, short cuts and cheat codes. If anyone remembers their first days on a word processor you’ll remember scrolling through fonts. If you’re honest, you fell in love with Comic Sans only to leave it for its Swiss cousin Helvetica after college. Anyone over the age of thirty will remember the joy of crafting pager codes, where numericals were pro forma. The new adolescent codes (e.g.: 143, 52, 831)we bandied as if pre-empting police APBs were transparent but illicit. It were as if a pager predestined you to mild criminal activity (and by mild I mean marijuana possession, or in my case, proximity to marijuana).

Who can forget the Chuck Close portraiture of script manipulation: ASCII art. But if ASCII is fine contemporary portraiture, emoji is the Graphic Notation of late 20th century musical composition. Graphic notation challenged hegemonic forms of classical music composition. Karlheinz Stockhausen’s Studies did to the classical music world what the 80085 did to the calculator, and John Cage’s 4’33“ is glorified emoji. Cage wasn’t communicating the influence of Zen philosophy. He was presaging the emoticon of silence. Make no mistake, the pinnacle of all graphic notation is emoji. Anyone can memorize an emoticon and anything that is automatically memorized is by definition a cliche. There may be room for irony in the cliche, but the earnest emoticon is a fool’s lunch. The best interpreters of emoji require synesthesia and a focused wandering of the mind’s eye, like a 3D hologram. There is not room for irony when you see diacritical marks and think only of snow.

The fact is that emoticons are embarrassing  When a colon and parenthesis is automated into a round smiley face, it can have the effect of “pencils” being auto-corrected to “penises” in an SMS. Emoji are the exact opposite in this respect. They cannot be automated, and if they could they’d have the effect of auto-correcting “penises” to “pencils.” And yes, my bias towards emoji is admittedly to be blamed on childish ethnic pride. Because in an Internet where 99.999999% of digital content available exclusively from Asia is a porn-derivative, it’s nice that 2-bit codes hacked to depict facial expressions can compete with two girls and a cup.

It’s appropriate then, that the two most divergent styles of emoji in my coterie come from a gay manga artist and my mother (mutually exclusive). Permit me a psychoanalysis.

Exhibit A: The Gay Manga Artist.

Notice that in his emoji there is always a mouth wide open… He’s frequently sweating, eager to please. He’s self-conscious about his large face and tiny hands.

Exhibit B: My Mother.

Her emoji are exquisite in their simplicity. Never an open mouth, never a diacritical mark to signify sweat or a complete facial expression. She’s cool under pressure and wants to blend in with the scenery.

In conclusion, if I am to impart any wisdom here, it’s that the emoticon-emoji war is closer to sport. It’s not about winning but how you spell the emotion. When all your base are belong to emoji, however, remember what Coach Taylor always said: Clear asterisks, full parenthesis. Can’t 🙁 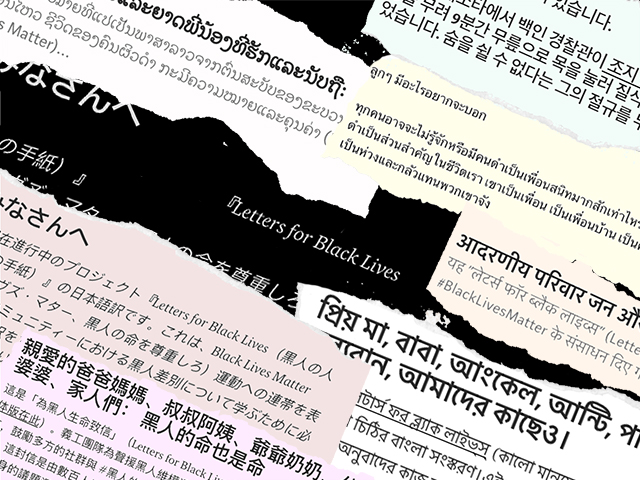