The writer discusses China before and since Tiananmen, abandoned enemy spies, and how solidarity will build a nation. 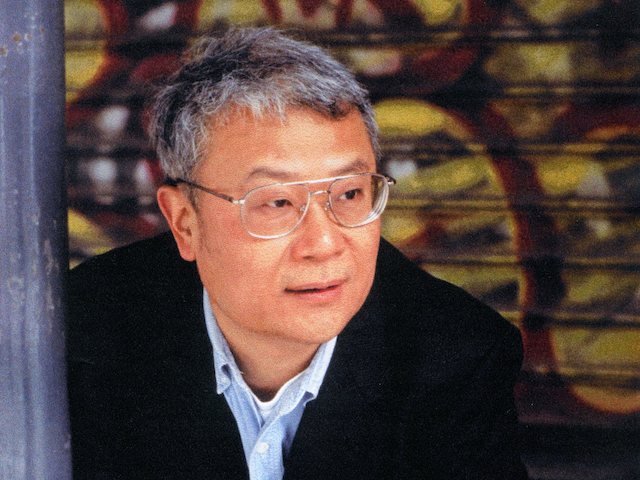 In Ha Jin’s illustrious, three-decades long career as a writer in the United States, he has written seven novels, four short-story collections, and three volumes of poetry, all of them in English. In the preface to his first book of poems, Between Silences: A Voice From China, he writes: “If what has been said in this book is embarrassing, then truth itself is cold and brutal.” A rupture, then, has occurred between the mother language and the motherland, something that prevents Ha Jin from writing too closely about China in Chinese. Only the English language—sterile, foreign—can penetrate into this cold core of truth, too brutal to touch with the warm heartbeat of a native language.

Ha Jin’s decision to write in English is seen in China as a betrayal. Since arriving to the United States in 1985, Ha Jin has not been allowed to return. But to Ha Jin, China betrayed him first: In 1989, while working on his graduate degree at Brandeis, Ha Jin watched as tanks rolled in to Tiananmen Square, watched as his government plowed down unarmed, peaceful protestors.

There are many other acts of betrayal, large and small, in Ha Jin’s latest novel, A Map of Betrayal. The novel tells the story of Gary Shang, a Chinese Communist mole working in the C.I.A.. Loosely based on the real-life spy Larry Chin, Gary Shang suffers from a disease of decency: like many Chinese citizens, he blindly believes that his country is working in his best interest. Unfortunately, Shang soon discovers that the individual barely counts in the larger political equation: after he is outed as a spy, China abandons him to his fate.

In this interview, we talk about the definition of betrayal, and the betrayals that China has perpetrated against its citizens before and since Tiananmen.

Anelise Chen: What inspired you to write a novel about a spy?

Ha Jin: I thought this would be a good story to explore the nature of betrayal, especially a country’s betrayal of an individual. Note that the antonym of betrayal is loyalty. Countries mobilize this kind of rhetoric to control their citizens. In China, they brainwash you with slogans such as, “The rise or fall of the country is everyone’s responsibility” and “Your country is your mother.” Loyalty should really be a two-way road: both sides should be loyal to each other. Very often a country demands loyalty from its citizens, but it seldom hesitates to betray its own people. In my novel, it is the state that has betrayed its citizens, and from there, other acts of individual betrayal develop.

Did you feel betrayed by China?

Yes. For me, the Tiananmen tragedy was the ultimate betrayal to the Chinese people. For a long time after the event, I lived in a daze. I had served in the People’s Army, and our principles were to serve and protect the people, but all of a sudden everything was thrown upside down. As time went on, I realized that the Tiananmen massacre was not an isolated event and that there was a long history of betrayals.

What are some of these betrayals that Chinese citizens are more willing to admit to themselves now?

Chinese citizens all know the Tiananmen event was a crime but they dare not criticize it openly, because it is still a taboo topic. They all see that the Cultural Revolution was a disaster, started under the pretext of wiping out the bourgeoisie, while common citizens were used to serve in the power struggle in the Party. But again, this topic cannot be discussed openly and thoroughly, because the Party’s image must not be tarnished. Most of the historical disasters in contemporary China can be viewed as a kind of betrayal from above.

In the novel, Lilian is dismayed when her Chinese university students parrot back beliefs about maintaining a “harmonious relationship,” but she’s more appalled when her Chinese colleagues turn out to be equally hesitant about criticizing the government. “We cannot say everything too bluntly…That’s not the Chinese way.”

True. In fact, keeping a “harmonious society” is a key slogan the Party has adopted in recent years…

Does the slogan originate with Confucianism…?

No. Confucius has nothing to do with this. The slogan was concocted by Hu Jintao, the previous boss of the Party. Even today the younger generations are still taught to strive for that goal. But the ideological landscape is slowly changing, especially among young people born after 1980. Most of them no longer believe in the Party’s ideology anymore, in part because they have been informed of the numerous betrayals in recent decades, thanks to the Internet. For instance, they know that the famine in the early 1960s was due to bad policies but falsely attributed to nature, and they know about the returned POWs from the Korean War who were treated as semi-criminals. But the Party has desperately been trying to raise new generations of believers, and some young people are eager to join the Party to have better careers.

Lilian’s nephew Ben is an example of one of these young people who are willfully loyal to China to his detriment.

Yes, Ben is typical in that sense. He feels he has been educated and trained by the country, and he has invested his future in service to the state. But later, when he finds out how his grandfather was betrayed, he rebels by abandoning his spying career.

Would you say that Gary Shang was blindsided by love of his country, or is there something more complicated and insidious at work? Gary doesn’t seem to possess the same ideological zeal that one imagines a spy would have.

Gary is an intelligent man, but he needs his illusions, either given to him from above or created by himself, so that he can function as a spy in America. He makes himself believe that the country is taking care of his family back in China, and that China will eventually take care of him. He sees it as a contract between two sides, so he tries to cleave to the contract, believing the good will and good faith of the other side. Of course, he cannot imagine that China will betray him. Many people still cannot.

Gary’s handler, Bingwen, repeatedly reminds him that the country raised him and requires his sacrifice. I can imagine that some readers would have a difficult time understanding how a normal, non-radicalized man can just live this completely self-sacrificing life just for the sake of his country. Gary even agrees to marry another woman in order to appear “more normal.” The most he allows himself to feel is “vaguely dubious,” and even then he quickly “stifles his misgivings.”

What Bingwen says to Gary is a standard statement in the Party’s propaganda. It is still stated that way. Many Chinese believe that it is the country that raises them, blind to the fact that it is they who have raised the country. Gary’s emotional confusion and blindness reflect the indoctrination that he received back in China. He cannot shake that.

I’m so haunted by this line, “It was his decency that ruined him.” Is Gary’s only downfall that he was too obedient?

Obedience is one of the causes, but he also tries hard to be decent to his family members, even at the risk of being exposed. He is caught in forces beyond his control. His mind is a mess.

Can you talk a little bit about Larry Chin, the real-life spy that Gary Shang is loosely based on?

Larry Chin was a mole in the CIA who spied for China for more than three decades. I was shocked when China refused to recognize him when he was caught in the States in 1985. He was already the highest-ranking Chinese spy and he had done a great service to China. Later, whenever I read about spies that had been exposed in America and repatriated to their home countries, the four Russian spies arrested two years ago for instance, I would remember Larry Chin’s fate. The sharp contrast troubled me. Because Chin worked in the CIA, a lot of information on his case is still classified. So for the novel I depended mainly on the information available publicly. And then of course I had to create the personal and family drama to fill out his story.

The isolation Gary feels when he first arrives in the US is typical for immigrants, but there’s this added layer of fraudulence because he knows he’s a spy. Do you think there is something about being an immigrant that feels similar—this feeling that we are hiding our true selves and our true motives?

Yes, he has an inner life that he cannot reveal to others. Also, we should keep in mind that he is an involuntary immigrant, different from most immigrants. As a result, his longing for his native land and his growing sense of loyalty towards his new country are more problematic. He is torn right and left.

Is it also so interesting to read about cases like Wen Ho Lee and more recently Greg Chung and Chi Mak. The reasons to suspect a foreigner of being a spy can often seem like racist judgments. Why is so-and-so so quiet? Why doesn’t he like to socialize? Why did he go to China? Why is he so frugal? Normal “non-American” behaviors become potentially incriminating. Do you think that Gary Shang would have been suspected of being a spy even if he wasn’t one?

Yes. A country often creates enemies from within, marking some people as others to unify the majority, especially during times of crisis when a nation needs solidarity. The easiest way to achieve that is to highlight and discredit the differences among some of its citizens.

Anelise Chen earned her MFA in fiction at NYU. She is currently fiction editor at The Margins. Born in Taipei and raised in Los Angeles, she lives in Manhattan’s Chinatown.
Tags: Ha Jin, Tiananmen, betrayal, childhood, government, spy 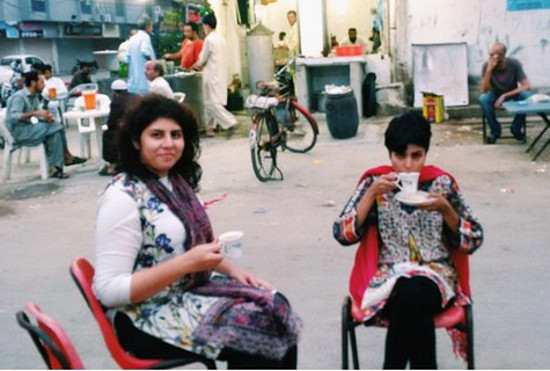