We’re not too far into 2017 yet, but it’s already looking like an incredible year for Asian diasporic literature. From Mohsin Hamid and Hari Kunzru’s sweeping novels about the dark legacies of displacement to the innovative immigrant poetry of Ching-in Chen and Sadakichi Hartmann, we’ve made you a list of notable works released this month by Asian American writers. 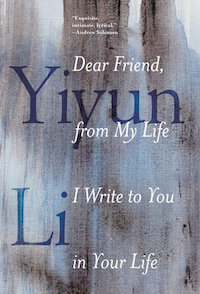 “What a long way it is from one life to another, yet why write if not for that distance?” asks New Yorker writer and novelist Yiyun Li in her first memoir, Dear Friend from My Life I Write to You in Your Life. Li bridges the distance between her childhood in China, her life as a writer in America, and the lives of her literary influences, including Philip Larkin, Ivan Turgenev, and Marianne Moore. (Random House, Feb. 21) 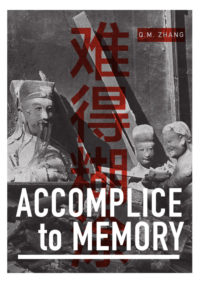 Accomplice to Memory by QM Zhang

Published by indie house Kaya Press, QM Zhang’s Accomplice to Memory is part memoir and part attempted biography of her dying father, who fled China for the U.S. in the wake of the 1949 revolution. Zhang assembles archival images, news clippings, poetry and personal histories, placing them alongside the dreams, memories, and lies that her father told her about his boyhood and search for refuge. A poetic exploration of the nature of immigrant origin stories, and the violent, strange legacies of displacement and diaspora. (Kaya Press, Feb. 28) 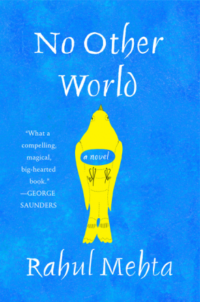 No Other World by Rahul Mehta

Set in India and upstate New York in the 80’s and 90’s, No Other World is a queer coming of age story about Kiran Shah, an Indian American man who finds himself perpetually marginalized by his race and sexuality. Chronicling his turbulent childhood and fraught relationship with his family, and the deep connection he makes with a teenage hijra when he travels to India as an adult, Mehta’s new novel is a “compelling, magical, big-hearted, lyrical book.” His first book, the story collection Quarantine, won AAWW’s Asian American Literary Award in 2012. (Harper, Feb. 28) 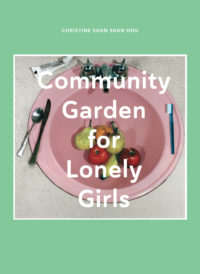 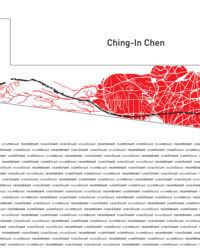 Experimental poet Ching-in Chen offers up a new model for poetry in their new collection with Kelsey Street Press. recombinant charts the labor and lives of immigrant workers through poetic testimony, government directories, personal letters and immigration records. “By the end you will feel haunted by the ghosts and ancestors who have continued their journey in the vessel of the poet’s tongue,” said poet Craig Santos Perez of this innovative, unflinching look at lives so often ignored and erased. (Kelsey Street Press, Mar. 1) 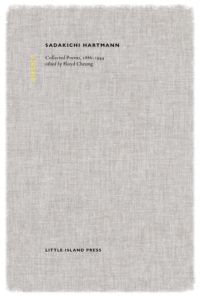 “If one hadn’t been oneself it would have been worthwhile to have been Sadakichi,” said Ezra Pound of Sadakichi Hartmann, the influential Japanese American modernist poet whose work was as informed by Walt Whitman as it was by the Rubaiyat and haiku. Often overlooked in the modernist canon, this new collection brings Hartmann’s radical Asian American poetics into the light, where he has always belonged. (Little Island Press, Mar. 1) 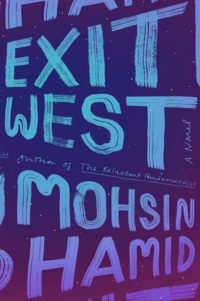 Nadia and Saeed, the heroes of Hamid’s third novel, are two students who fall in love in an unnamed country that is rapidly overtaken by religious militants. Forced to leave, the couple take a chance on the arrival of magical portals that take them across the globe—to refugee camps and race riots—where they fight for their lives, and for their relationship. A timely story about the refugee crisis and the human condition, Exit West has been called Hamid’s “most lyrical and piercing novel yet.” (Riverhead, Mar. 7) 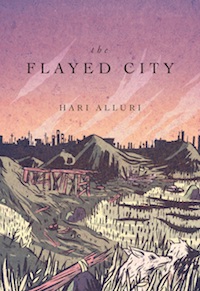 The Flayed City by Hari Alluri

Hari Alluri’s “electrifying second collection” from Kaya Press is about cities—the immigrant communities who make them their homes, the journeys that people make between them, and all the beauty and violence they contain. A sweeping, mythic collection of poems by a writer that, in the words of U.S. Poet Laureate Juan Felipe Herrera, “carries a new, quiet brush of multi-currents, of multi-worlds to paint this holographic life-scape.” (Kaya Press, Mar. 8) 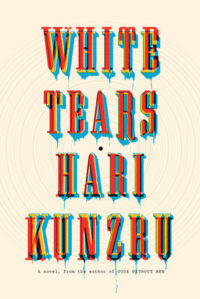 When two young white men record an unknown singer in a New York city park and post it online claiming it’s a lost 1920s blues record by a fake artist named Charlie Shaw, they are pulled into a dark mystery involving America’s racist history. A noir about the entwining legacies of American exploitation and music, Rachel Kushner called White Tears a “compulsively readable ghost story that features masterly writing about early American blues.” It also has our early nomination for best book title of 2017. (Knopf, Mar. 14) 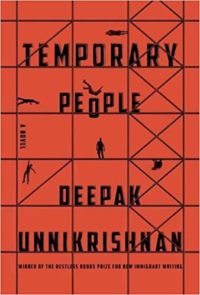 The winner of the Restless Books Prize for Immigrant Writing, Deepak Unnikrishnan’s short story collection has been heralded as “an enchanting, unparalleled anthem of displacement and repatriation.” Set in the Gulf, Unnikrishnan tells the stories of the immigrant communities from around the Arabian Sea whose exploitation supports the wealth and glamour that is now synonymous with cities like Dubai and Abu Dhabi. A blend of George Saunders’s dark hyper-realism and Salman Rushdie’s fantastical world building, Temporary People marks the debut of “a brilliant and fearless voice for a global generation.” (Restless Books, Mar. 14) 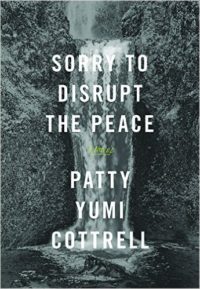 Sorry to Disrupt the Peace by Patty Yumi Cottrell

“How do we live with ourselves? There must be a way but no one has ever told me.” When Helen Moran, the Korean American anti-heroine of Patty Yumi Cottrell’s debut novel, finds out that her adoptive brother committed suicide in their childhood home, she decides to return to Milwaukee to investigate his death, setting off a absurd, darkly comic journey into the discomfiting psyche of a woman just looking for a way to live with herself. (McSweeney’s, Mar. 14) 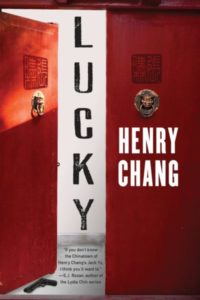 The fifth installation of Henry Chang’s “Jack Yu” series finds the Chinese American detective in a race against time when his childhood best friend, “Luckie” Louie, wakes up from a near fatal coma ready to take his revenge against Chinatown’s criminal underground. Lucky is a “turbo-charged requiem for a blood brotherhood rooted in an impossibly distant past,” and an exciting new addition to Chang’s gritty Chinatown noir novels. (Soho Press, Mar. 14) 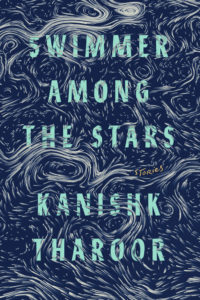 Swimmer Among the Stars by Kanishk Tharoor

The host of the popular BBC podcast “The Museum of Lost Objects,” Tharoor’s first book is Borgesian in all the best ways (dreamy, imaginative, and continually enchanting). A timeless collection including stories about the last surviving speaker of a lost language, the ocean crossing of a man and his elephant, and the final battle for an unnamed city. (FSG, Mar. 14) 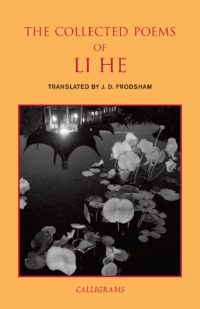 The Collected Poems of Li He translated by J.D. Frodsham

“The bad boy of the Tang Dynasty” is back in print with a new edition of his collected work. “Strange by any standards” and excluded from the canon of Chinese poetry until the 20th century, many of Li He’s poems were burned by his family after his death. The Collected Poems of Li He contains all his surviving poems, with all their signature (and shameful) morbidity and unconventionality. (NYRB, Mar. 14) 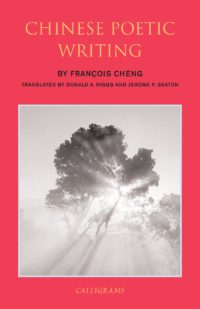 Originally published in France in 1977 (as L’ecriture poetique chinoise), François Cheng’s Chinese Poetic Writing has remained a classic of Chinese poetry in translation, and is considered a groundbreaking study of the poetry of the Tang dynasty. This new translation includes Cheng’s annotations, along with bilingual selections of poems by Wang Wei, Li Po, and more. (NYRB, Mar. 14) 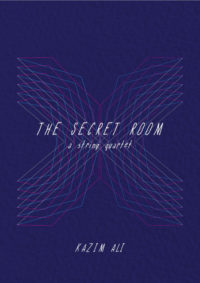 The Secret Room by Kazim Ali

Written in the form of the score for a string quartet, Kazim Ali’s new novel from Kaya Press follows the interweaving stories of four people over the course of a single day. An inventive and lyrical rumination on alienation and loneliness, writer Selah Saterstrom called it “the music we have been waiting for.” (Kaya Press, Mar. 28) 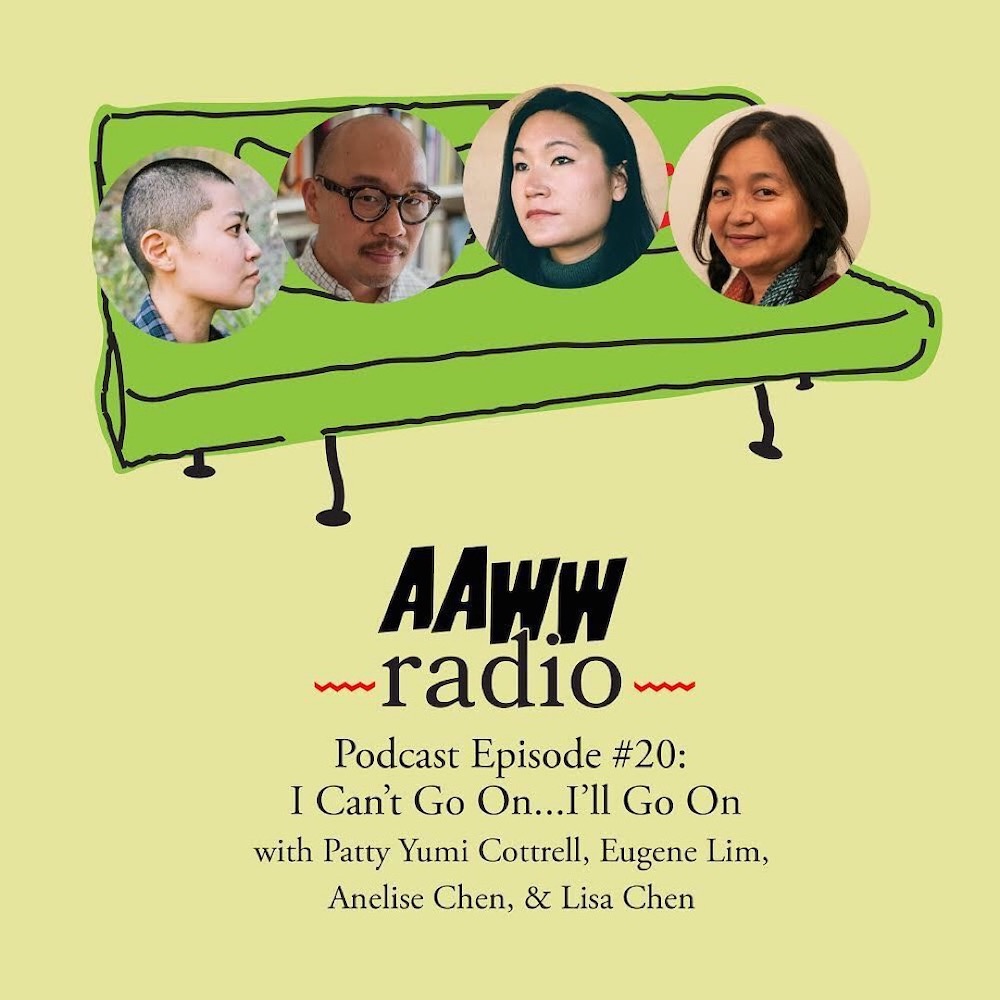 Lives You Never Had: Two Poems by Tyler Tsay
'the games you played as a child: / cracks breaking bones with every step. alive because / that’s your job.'