May brings Bollywood love poems, Hawaiian gothic fiction, and the literary legacy of indentured labor in the Caribbean. 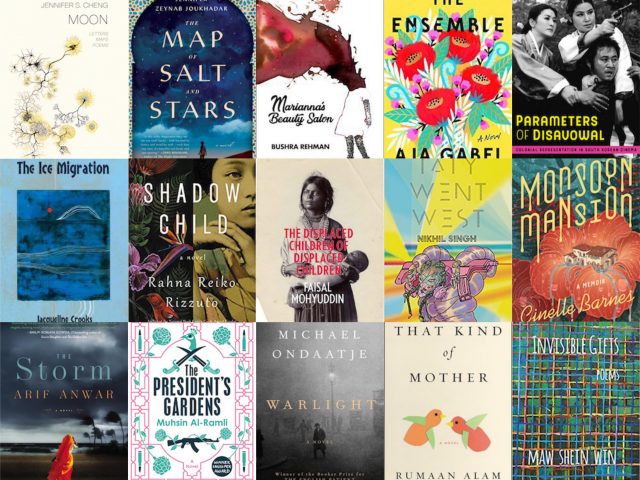 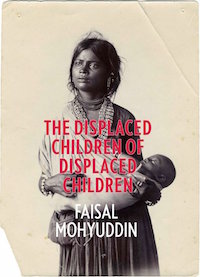 Selected by Kimiko Han for the 2017 Sexton Prize for Poetry, The Displaced Children of Displaced Children offers a family history through poetry—traveling between America, Pakistan, Europe and outer space. Writes Colum McCann of the collection, “Written with an abiding sense of empathy, and charged with an unmistakable longing, these poems dissolve the boundaries between historical record, memory, and the imagination.” (Eyewear Publishing, April 2) 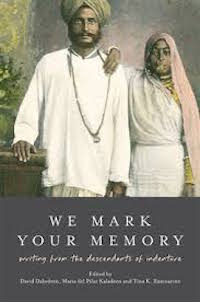 To mark the centenary of the end of the British indentured servant system—which brought South Asian laborers into the colonies of the Caribbean, West Africa, and Southeast Asia—this new collection of writing brings to light this history through poetry and prose. (Institute of Commonwealth Studies, April 30) 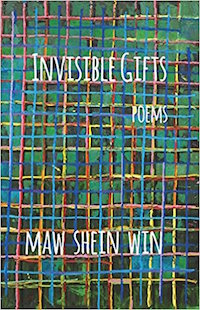 Wrestling with the fractured nature of memory, Maw Shein Win recovers the fragments of her personal history: “My father’s hands, frail birds, shaking wings. / In Burmese, “win” means bright. / Hands that stitched skin together and brought back life.” Her debut collection of poetry is an exploration not only into the paradoxes inherent in our world, but also a reflection on her experiences with illness, recovery, and her Burmese American identity. (Manic D Press, May 1) 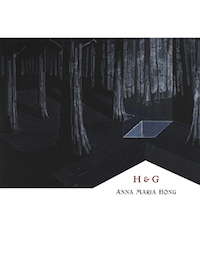 A coming of age story about abuse and trauma, Hong’s novella mines the classic fairytale of Hansel and Gretel for material as her point of departure for this novella: setting up G—her protagonist—for an adventure through a world rife with racial and gendered inequality. (Sidebrow Books, May 1) 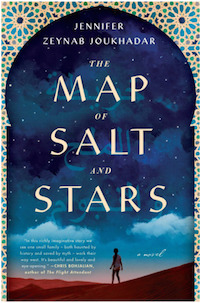 Map of Salt and Stars by Jennifer Zeynab Joukhadar

Weaving together two timelines in two different periods of history, Jennifer Zeynab Joukhadar’s latest novel begins by following Nour, a Syrian refugee trying to escape the violent conditions of her homeland together with her family. Facing ever more challenging obstacles toward freedom, Nour must eventually make a choice that may separate her family forever. (Touchstone, May 1) 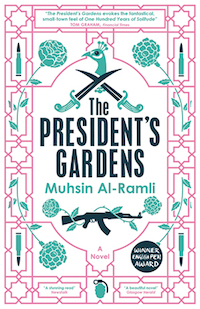 Newly translated into English, celebrated writer Muhsin Al-Ramli’s The President’s Gardens begins on the third day of Ramadan when the severed heads of nine men are discovered in an Iraqi village. One head belonged to one of the most wanted men in Iraq, and the mystery behind his death takes readers through the battlefields of the Gulf War and into the locked gates of the President’s Garden. Longlisted for the “Arabic Booker,” the International Prize for Arabic Fiction, The President’s Garden was first published in 2012. (MacLehose Press, May 1) 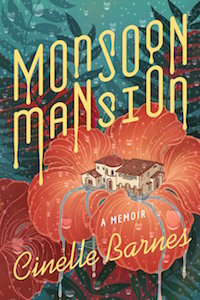 Tender and lyrical, Cinelle Barnes’s memoir follows her family’s rise and fall in the Philippines. Barnes and her family move into Mansion Royale, but her fantastical childhood turns into a dark nightmare when her father leaves and her mother’s new lover takes over. (Little A, May 1) 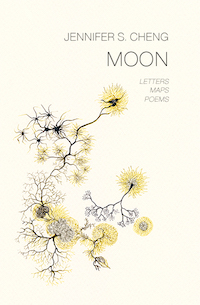 Selected by Bhanu Kapil for the Tarpaulin Sky Award, Jennifer S. Cheng’s Moon: Letters, Maps, Poems draws on female figures from Chinese mythology, including Chang’E, the Lady in the Moon. “If reading is a form of pilgrimage, then Cheng gives us its charnel ground events, animal conversions, guiding figures and elemental life,” writes Kapil of the collection, which brings together cross-genre work on myths, diaspora, and migration. You can read an excerpt from Cheng’s previous collection, House A on The Margins. (Tarpaulin Sky, May 1) 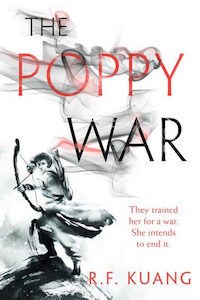 The Poppy War by R.F. Kuang

Debut novelist R.F. Kuang kicks off her fantasy trilogy set in a China that is filled with gods, shamans, and magic. When Rin aces the empire-wide test to study at a prestigious military school, she is set off on a journey towards mastering her unearthly powers and grappling with the threat of war. (Harper Voyager, May 1) 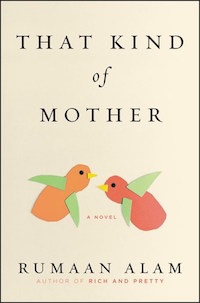 That Kind of Mother by Rumaan Alam

An intimate portrait of an unconventional family, Rumaan Alam’s second novel is a close look at race relations in a multiracial household, offering us a perspective into the life of a mother’s journey as her children grow up and her marriage unravels. (Ecco, May 8) 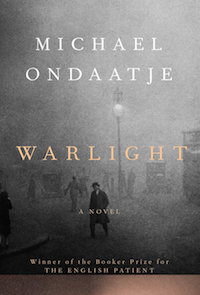 Set in 1945 in post-War London, Michael Ondaatje’s Warlight is the story of Nathaniel and his sister Rachel, who are left by their parents in the care of two strange men, known as The Moth and the Pimlico Darter. As an adult, Nathaniel looks back on his childhood, and uncovers the mystery behind his parents departure, the disappearance of his father, and the truth of The Moth really is. (Knopf, May 8) 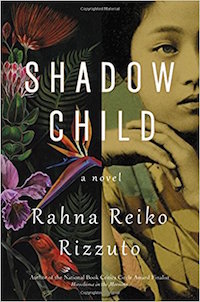 Hana and Kei are inseparable. Twin sisters, they grow up with their loving but unstable mother in a small town in Hawaii in the 50s and 60s, but their dreamlike childhood is interrupted by a violent betrayal that divides their family. Moving through Hawaii, to 70s New York, Japanese incarceration camps and the bombing of Hiroshima, Shadow Child “explores time, memory and identity, shedding new light on the lives of Japanese-Americans, and how trauma can be its own kind of inheritance.” (Grand Central Publishing, May 8) 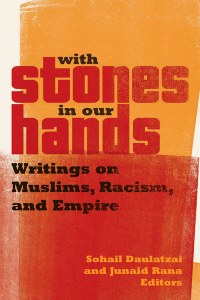 With Stones In Our Hands: Writings on Muslims, Racism, and Empire by Sohail Daulatzai and Junaid Rana, Editors

This collection of writing by scholars and activists is a critique of race and empire that weaves together stories of activist work with scholarly examinations of Islamophobia in the United States. Through a variety of topics including the Palestinian liberation struggle, the histories of black activism and radical action, militarism and empire, the collection offers some new theories about a decolonial practice and ways to achieve global solidarity. (University of Minnesota, May 15) 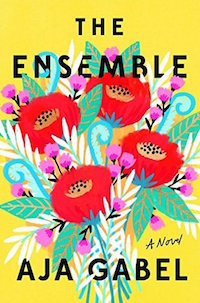 The Ensemble by Aja Gabel

“A riveting look inside the world of classical musicians and an intimate study of friendships,” Aja Gabel’s debut novel follows four friends in a string quartet navigating their complicated relationships with each other and the cutthroat world of musicians. There’s the beautiful and quiet Brit, who plays second violin, Henry, the prodigy on viola, the angry skeptic Daniel on the cello, and their leader Jana, on first violin. (Riverhead, May 18) 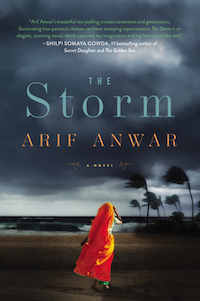 The Storm by Arif Anwar

Arif Anwar’s debut novel threads together several stories—Shahryar, a grad student and father who has to leave the US once his student visa ends, a Japanese pilot and British doctor stationed in Burma during WWII, a rich couple in Calcutta who are forced to leave their home during Partition, and a poor fisherman and his wife prepare for the 1970 Bhola cyclone, in which nearly half a million people died overnight. (Atria Books, May 15) 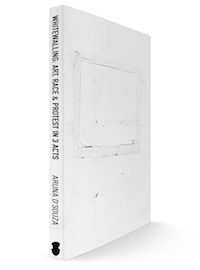 D’Souza’s book comes right off the heels of the most recent Whitney biennial, where Dana Schutz’s painting of Emmett Till sparked controversy among museum curators and artists alike. What D’Souza offers us, through her analysis of not only the controversy at the Whitney, but the ones in 1969 at the Met, and the one in 1979 at the Artists Space in SoHo, is the “contradiction at the heart of our idea of open dialogue: while it seems to depend on the idea of leaving open space for ambiguity, uncertainty, and the contingent, it is grounded in… de facto limits of who can speak and what can be said.” (Badlands Unlimited, May 22) 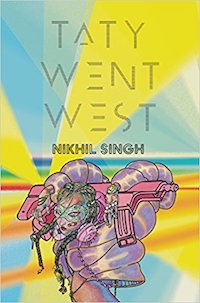 After running away from home, Taty finds herself kidnapped by a malevolent imp in a world infested by dinosaurs known as the “Outzone.” A bold speculative science fiction novel, Taty’s story is one that involves encounters with robot nuns, Buddhist punks, and the novel’s main antagonist, Mr. Dali. (Rosarium Publishing, May 22) 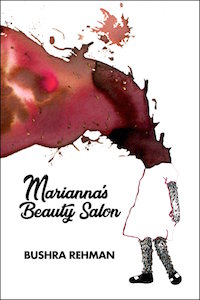 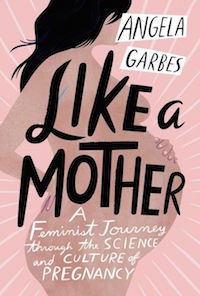 Angela Garbes looks at the science, psychology, and biology of pregnancy, while sharing her own experiences as a mother in her new book, Like a Mother. “Angela Garbes maps the strange void at the heart of American parenting—the ways we simultaneously deify, infantilize, and erase mothers—and then pours herself into that void with indefatigable curiosity and resounding compassion,” writes Lindy West of the book. (Harper Wave, May 29) 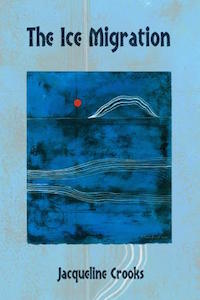 The Ice Migration by Jacqueline Crooks

Jacqueline Crooks’s newest is a collection of linked stories that follows one family of mixed Indian and African heritage in Jamaica—from the crossing of their Taino ancestors to one woman who returns to her family home in Roaring River. The Ice Migration is her debut. (Peepal Tree Press, May 31)

Yasmin Adele Majeed is the assistant editor for The Margins. 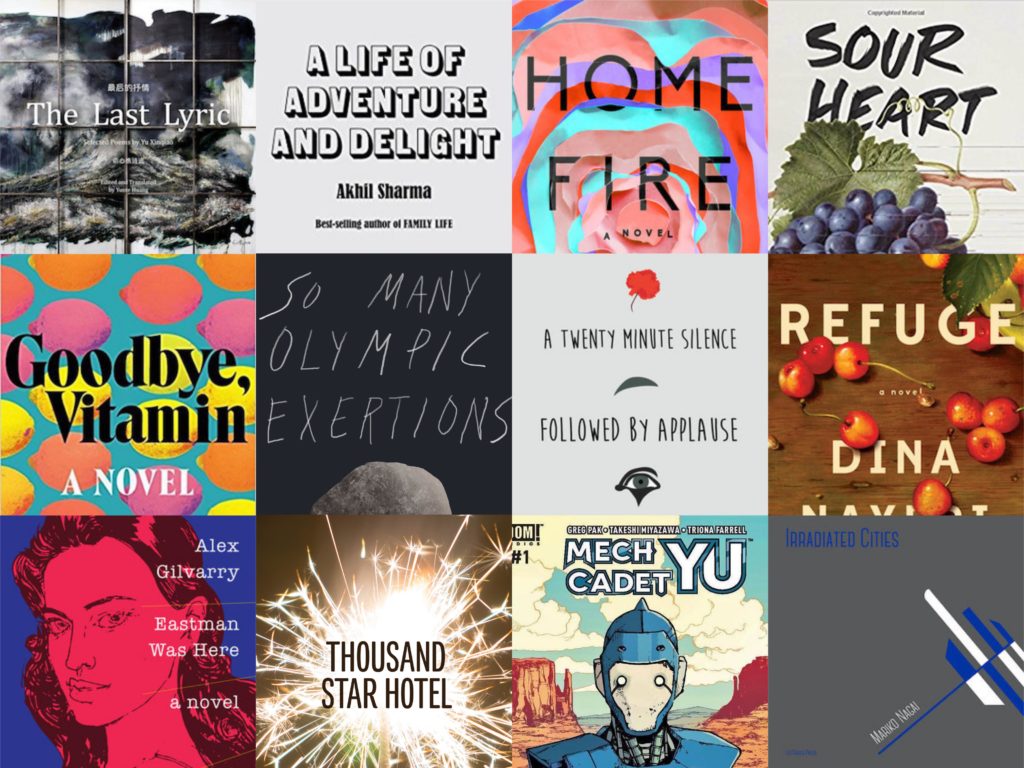