An interview with Bay Area poet, teacher, and artist Mg Roberts on interpreting graffiti, fragmented immigrant narratives, and how everyday is an opportunity to revise

I first met Bay Area poet, teacher, and artist Mg Roberts at a reading in 2011 at Awaken Café in Oakland and was struck by her willingness to experiment and the powerful imagery in her writing. Her first full-length poetry book, not so, sea, was published by Durga Press in 2014. In Muriel Leung’s “How Many Ways to Arrive” Leung writes,  “For Mg Roberts in her wildly emotive first book not so, sea, poetry is an attempt to reconcile a messy story of origin.”

Her second poetry collection, Anemal, Uter Meck, slated for publication in April 2017 by Black Radish Books, draws from Oakland graffiti art and artists for its title—“re-contextualizing the poet’s art and language within the transgressive, urban, and public temper of graffiti,” according to publisher Marthe Reed.

Roberts was born in Subic Bay, Philippines, at the time the largest military base in the Pacific. Her mother is Filipina, and her father was a sailor in the U.S. Navy. As Roberts writes in the Friday Interview Series:

What can I say about whiteness? My father was a white man living in a brown country, a poor country and he was killed for being white—for being rich. For being Kano-Kano, which is slang for American, but also means illness.

Mg was only seven months old when her father was killed, and at three years old Mg and her mother emigrated to the U.S. Being bi-racial, Mg states that she’s always felt a certain kind loss of access to Filipino culture and as a result has a deep affinity for Outsiders of all kinds. She and I recently discussed her background, writing, and upcoming projects via email and telephone. I gained a richer understanding of her work and her life.

Maw Shein Win: In the introduction to your first full-length book, not so, sea (Durga Press, 2014), Amanda (NGogho) Reavey writes: “not so, sea is a weaving of poetic, yet brief narratives, whitespace, and questions. It is writing that pulls together fragments and traces memory through the inability to “recall details through what’s broken.” Mg Roberts traces the conflicting desires to go to the edge—to locate boundaries—to surrender—and to run—to disappear into the jungle.” Your use of whitespace and questions is effective in highlighting the fragments and narratives.

Mg Roberts: I feel as if the immigrant narrative is a series of fragments confined—at least in my experience—to whitespace. I am half white so this creates an inner conflict to my context. How can one disappear into the space of the beginning? Before the words are uttered, the sound is lost and replaced by a layering of other sounds: one consonant after another.

Your second poetry collection Anemal, Uter Meck, will be published next year by Black Radish Books. In Omniverse, you write: “The book begins as an exercise in translation and misinterpretation, how the misplacement or ordering of things occur as affect—a typo, a misreading retracts from the scan, what is the source of trouble? A syllable? A consonant?” Can you say more about this?

I began a series of poems in a setting of displacement and gentrification. I was living in West Oakland at the time in an artist compound—I was the only person of color besides the groundskeeper. I could say it was all quite complicated, or maybe try to think of other nice things, but instead I will say IT WAS HELLA FUCKED UP.

Displacement is a moment of translation, the linking and unlinking of confusion. And so it was from this place I misread the call words on the MacArthur Blvd and Market Street overpass (between West Oakland and Emeryville). It was from this place of forced prognosis, transition, violence that these poems begin. A warning of apocalypse, disaster? A memory of some graffiti read in the years I lived in Berlin: unter animal, to be among animal or to be under animal. So I wrote toward the gesture of the bleat—a wavering cry of protest? Even now I’m not sure.

But the truth is after looking back at the photo of the Macarthur/ Market Street overpass—two years later—what was written was something else, something I couldn’t translate, and when I Googled “Anemal, Uter, Meck” I found the works of three Oakland graffiti artists: Anemal, Uter, and Meck.

You are currently co-editing an anthology on the urgency of avant-garde writing written for and by writers of color entitled Responses, New writing, Flesh. Please expand on this “urgency.” How did this anthology come about?

This anthology stems from a quote from a lecture given by M. NourbeSe Phillip at Naropa’s Summer Writing Program in 2013. The lecture focused on her shrinking audience of color, experimental writing, and being a person of color. “The purpose of avant-garde writing for a writer of color is to prove you are human.” In that moment NourbeSe said those words, something lodged in my throat. I remember trying to lock eyes with another person of color in the auditorium of 99% white faces. I scanned the crowd for Bhanu, Cecil Giscomb, Giovanni Singleton sitting in the reserved first rows. I couldn’t help but think, in that moment, mutton or lamb?

Even now, I remember the tightness of my chest bones when a well-meaning-white-Buddhist boomeranged NourbeSe Phillip with a question about her own work: “How can I uplift [through my writing] an utterly impoverished community in Costa Rica as a white person?” Even now, bile rises. M NourbeSe Phillip’s response was so certain, delicate, unwavering. Phillip simply replied, “I’m not sure I’ve ever seen a completely impoverished community. Even in the poorest of places people are still fucking, making art, singing…” [quote is not exact]. Phillip followed with her own boomerang for the well-meaning-white-Buddhist: “Why do you feel that you need to uplift this community?” And all I can remember, even now, is that silence. The kind of “oops” that follows the awkwardness of racial bias, the kind of silence that fails to offer an apology when a white person makes a racist remark or gesture and thinks it’s okay because y’all are tight. Like Family? Like family?

Like the time your ex-mother in law was on an U-Bahn platform in Berlin and you are explaining how the Turks in your neighborhood are not German citizens, but rather have multi-generational work visas and she casually says, “We should send our immigrants home too.”  You wait on the platform for your husband, the Marxist Historian, now ex, to chime in. You wait.

Again, I remember trying to meet the gaze with another person of color and well, there wasn’t one.

Some of the themes/subjects that come up in your poetry are perception and self-perception, the visceral and the abstract, fragmentation, and questioning. How do you begin a poem? An idea? A poetic fragment?

I’m a very slow writer. For me poems begin as a way to communicate. Last year was such a painful year surrounding privilege, race, and cataloging. What happens when the body refuses its lode?

I suppose I’ve spent this past year writing out of an urgency of some sort. But as far as process is concerned, I still keep a journal. Crazy, right? It’s filled with grocery lists ideas, data, found text, random thoughts, feces of all kinds. At the end of semester, I transcribe the notes into my computer and try to cull from there. I suppose everyday is an opportunity to revise.

You’ve been a long-time member of Kelsey Street Press as well as a co-chair for Northern California Kundiman. How did you get involved with both organizations?

I love producing books. I came to Kelsey Street by being a deep admirer of its catalog: Bhanu Kapil, Renee Gladman, Myung Mi Kim, Mei-mei Berssenburge, Yedda Morrison, and so many other women I admire. Amber DiPietra put my name forth, and I’ve been with KSP ever since (2010). As a Press member, I’ve learned so much about writing and what makes a collection cohesive. This year we have some fabulous books coming out by Steffi Drewes, Ching-In Chen, and Cecilia Vicunya which in one way or another I had a hand in shaping.

Kundiman was /is the first place where I really felt a shared affinity with other Asian American poets despite class and those normative social divisions often present within one’s own ethnic communities. There’s something special that happens when learning/writing/living happens through and with shared community. Kundiman is the first place where I felt truly powerful as a writer, because of the extreme support and love received at the retreat. Joseph Legaspi and Sarah Gambito are just the most giving and most genuine people I have ever met, and I’m just thrilled to be a part of the growing family and serve as the Kundiman co-chair for Northern California along with Carolyn Ho.

I’m also a VONA VOICES alum and currently sit on the board of Small Press Traffic, a San Francisco Bay literary non-profit whose focus is to provide a local and national platform for experimental writing.

How would you describe the Bay Area poetry “communities” at this time? Do you feel that there is more diversity?

More diversity as opposed to no diversity? I often find myself as the only poet of color in the room at many events. I hope the new anthology I’m co-editing with Ronaldo V. Wilson and Bhanu Kapil, Responses, New Work, Flesh, opens more transparent conversations into audience, race, and access. Here’s a link to the call.

What are you reading these days?

I just finished Kim Alidio’s after projects the resound (Black Radish, 2016), and loved it. Here’s how it opens:

How a life is a living

And I’m about to read Fill: A Collection (Trembling Pillow Press, 2016) by Kate Schapira and Erika Howsare.

What poets do you go back to?

I feel as if I’m always going back to Yoko Ono, Charles Olson, and Bhanu Kapil. I want to project failure. Cut it up. Fold it onto itself. And watch you watch me watch you eat it.

How do you balance teaching, parenting, editing, and writing? Pretty amazing.

I like to do it all and do it badly.

Maw Shein Win is a Burmese American poet, editor, and educator who lives and works in the Bay Area. Her writing has appeared in various journals, including Cimarron Review, Fanzine, Eleven Eleven, the Fabulist, and in the anthology Cross-Strokes: Poetry Between Los Angeles and San Francisco (Otis Books/Seismicity Editions).  She is a poetry editor for Rivet: The Journal of Writing that Risks and an instructor at the San Francisco Writers’ Grotto. Her most recent chapbook, Score and Bone, was published by Nomadic Press this September. Win is the first poet laureate of El Cerrito, California.
Tags: Bhanu Kapil, Filipino-American, Immigration, M. NourbeSe Philip, San Francisco Bay, Whiteness, avant-garde, gentrification, poetry

[how i got that ]
the / tangibility of absence: to put a ruined keep inside of someone / until it becomes skin 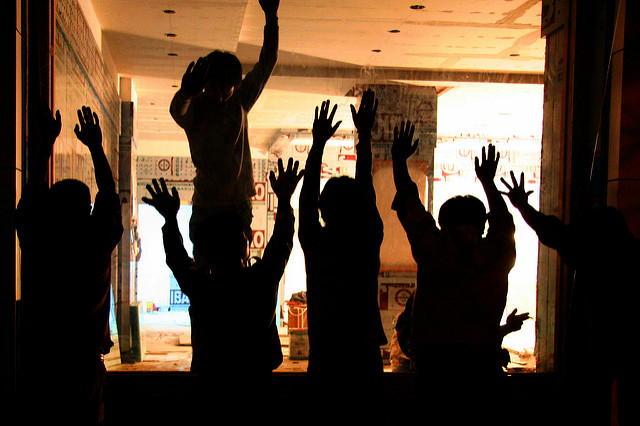 narrowed lust
i say i'll be / dressless, skinless, curated / and pickled. i say i'll give it / all up for a chance to be warm. 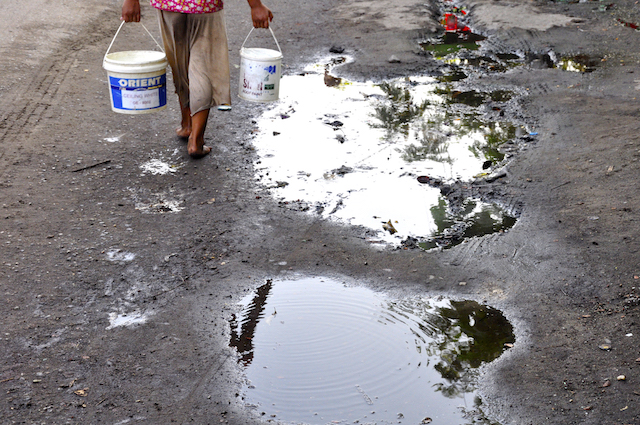