Writer Katie Salisbury goes on a quest to Mission Chinese to check out the monster success of Asian hipster cuisine. 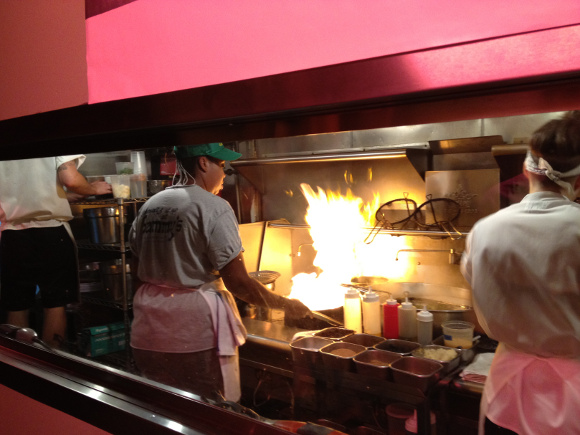 On an evening in late August, I finally decided to take the plunge. Reservations be damned; it’s nearly impossible to book in advance at Chef Danny Bowien’s Mission Chinese restaurant and parties are limited to six people max. I had a party of four, including my friend, Chen Jia, visiting from Los Angeles. The restaurant is located in the Lower East Side, a neighborhood that has historically been inhabited by working-class immigrants, hence all the former tenements, and is noted for having been a center of Jewish culture. It’s not a neighborhood particularly known for its Chinese culture. That would be to the west, where lies the ever-sprawling Chinatown.

As I walked down Orchard Street, I was drawn to the hazy green opium-hued glow that emits from the storefront of Mission Chinese. A half-block away, I could already see the line of patrons outside. Manning the hostess counter—pieces of ply-wood nailed together—were two kids (or what looked like kids) in ratty jeans and ironic T-shirts.

Asian Hipster Cuisine will be one of the top ten food trends of 2013.

The wait, I was informed, was two agonizing hours. Anything less than that would be nothing short of a miracle. It was 7:30 pm on a Thursday. We steeled ourselves against the night’s encroaching hunger. It made sense they offered complimentary beer.

Mission Chinese is a food tease. It lures you in with the promise of Chinese takeout favorites, free beer, and a membership to the foodies-in-the-know. Chef célèbre of the moment, Danny Bowien, opened his latest outpost of Mission Chinese on the LES last spring. (His first restaurant was conceived as a pop-up restaurant in San Francisco.) Since then, the outpost has been mobbed nightly by Sichuan pepper junkies.

And the hype has reached a fever pitch in recent months, with exalted reviews from New York Times food writer, Pete Wells, who listed it on his “Best New Restaurants of the Year” in 2012 and wrote: “Mr. Bowien does to Chinese food what Led Zeppelin did to the blues. His cooking both pays respectful homage to its inspiration and takes wild, flagrant liberties with it. He grabs hold of tradition and runs at it with abandon, hitting the accents hard, going heavy on the funk and causing all kinds of delicious havoc.”

I was drawn to the hazy green opium-hued glow that emits from the storefront of Mission Chinese.

What is more compelling than its praise is the unusual fare at Mission Chinese, and how it is unapologetically redefining American Chinese cuisine as we know it. The menu boasts innovative dishes like Chongqing chicken wings (think typical fried chicken wings, except kicked up with red chili peppers), beer brined Sichuan pickles, and kung pao pastrami (blocky chunks of pastrami stir-fried with peanuts, green onions, and you guessed it, more chili peppers). Bowien, who likes to refer to his food as “weird Chinese,” has mixed and matched classic dishes from both American and Chinese cuisines with irreverence and surprise.

Bowien is not Chinese. He is ethnically Korean, but grew up with his adoptive parents in Oklahoma. After several gigs at high end restaurants in San Francisco, he decided to return to the food both he savored on his days off—Chinese comfort food.

BACK TO THE WAITING GAME

While I was waiting for a table, my friend, Chen Jia, who was visiting from L.A. observed the crowd and said, “So this is a Chinese restaurant for white people?”

I nearly choked on my beer and looked around the restaurant’s foyer and noticed the wide range of people waiting. There were hipsters, but they’re everywhere. There were also preppy girls wearing Lilly Pulitzer halter dresses, young AZN professionals and punks with body piercings and neon dye-jobs. But, not a lot of Asian people. Jia could be right.

More interesting was the voyeuristic, car wash-type window that allowed us to peer into the kitchen. Two line cooks, both women, furiously stir-fried food in industrial-sized woks. I watched, captivated by the ballet of movement.

Bright flames erupted as the woks were swung rhythmically over the stove top, each flick of the wrist flinging food into the air only to be caught again by the pit of the glistening woks. We stood there, tantalized, not only by the food itself, but also by the awesome showmanship of the scene.

By the time the two-hour mark rolled around, our number was finally called. By then, we were delirious, and Bowien, himself, had emerged from the kitchen in his signature short-shorts and passed out plates of Chongqing chicken wings to the hungry people waiting.

The hostess parted the curtains for us and lead us back into the rose-hued dining room. We had made it to the Promised Land.

The food descended on our table hot and fast. The first dish, broccoli beef brisket, was tender and perfectly seasoned, and the substitution of Chinese broccoli helped revive this old favorite. My first bite of the stir fried pork jowl and radishes revealed a crisp and clean flavor; the dish was savory yet still light, and worth enjoyment. But, the thrice-cooked bacon and kung pao pastrami, despite the allure of their names, became nearly inedible after a few forkfuls. In the thrice-cooked bacon dish, the disks of niangao (chewy pieces of rice cake that are usually tasteless and bland) nestled between chunks of bacon were drowning in chili sauce and peppercorns rendering the tongue numb.

If you’re not fan of Sichuan cuisine, this isn’t your restaurant. Its keystone seasoning, málà, is a heady mix of Sichuan peppercorn and dried chili peppers; the former leaves a numbing sensation when chewed, while the latter is crazy spicy. The Chinese characters for mala (??) translate literally to mean “numbing spicy.” At Mission Chinese, the peppercorn-chili to food ratio is off the charts.

THE YEAR OF ASIAN HIPSTER CUISINE

In a recent issue of New York Magazine, its food critic, Adam Platt, predicted that “Asian Hipster Cuisine” will be one of the top ten food trends of 2013. Asian food has been on the rise for years now. Homegrown Chinatown shops like Vanessa’s Dumplings and Xi’an Famous Foods already have traction with New York foodies, and one could consider Momofuku and Fatty Crab the founding fathers of the Asian Hipster Movement.

All of these aforementioned establishments lack, however, the ironic self-awareness of Mission Chinese, which pretends to be nothing. A less forgiving diner might call it a dump, with its tacky takeout menu and backlit food panels.

While most dishes are reasonably priced, they’re still higher than the bargain-basement-prices Chinatown locals are used to. Small plates range from $4-$10, while main dishes are generally $12-$15.

But, like many things in life, you do Mission Chinese for the experience. (Like Habitat for Humanity.) The place does not strive to be authentic, but only to be “weird.” It doesn’t care if you are a hipster, or if you’re well—me. You still have to wait. It doesn’t care if you can’t take spicy food or if you think their beer is weak. And every day, without fail, the diners will show up, rain or shine, for the experience.

Katie Gee Salisbury is a storyteller based in Brooklyn. Her writing and photography has appeared in The Ringer, VICE, Roads & Kingdoms, Slant’d, The Margins, and elsewhere. She is currently at work on a nonfiction book about Anna May Wong, the first Asian American movie star, for Dutton Books, an imprint of Penguin Random House. 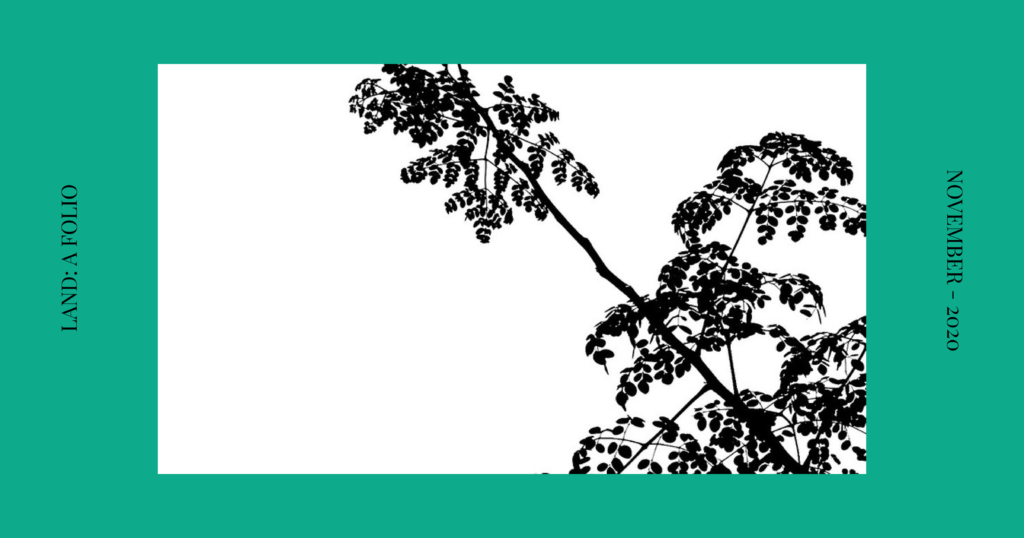 Dirty Kitchen
Far from our barrios, mountains, and islands, we cook, so that we may practice swallowing our undesirable truths, acidic and blood-heavy. 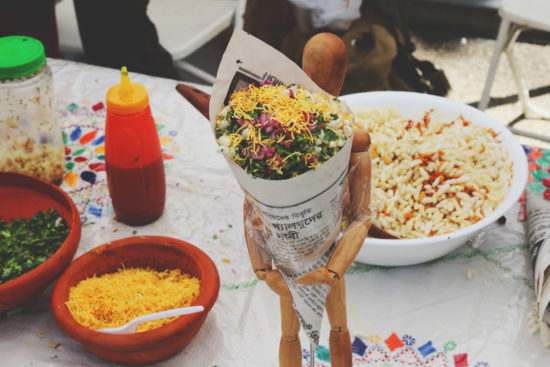 Savoring the Motherland at Home
Two Bangladeshi New Yorkers share their culture with their city and empower their community through their new street food pop-up. 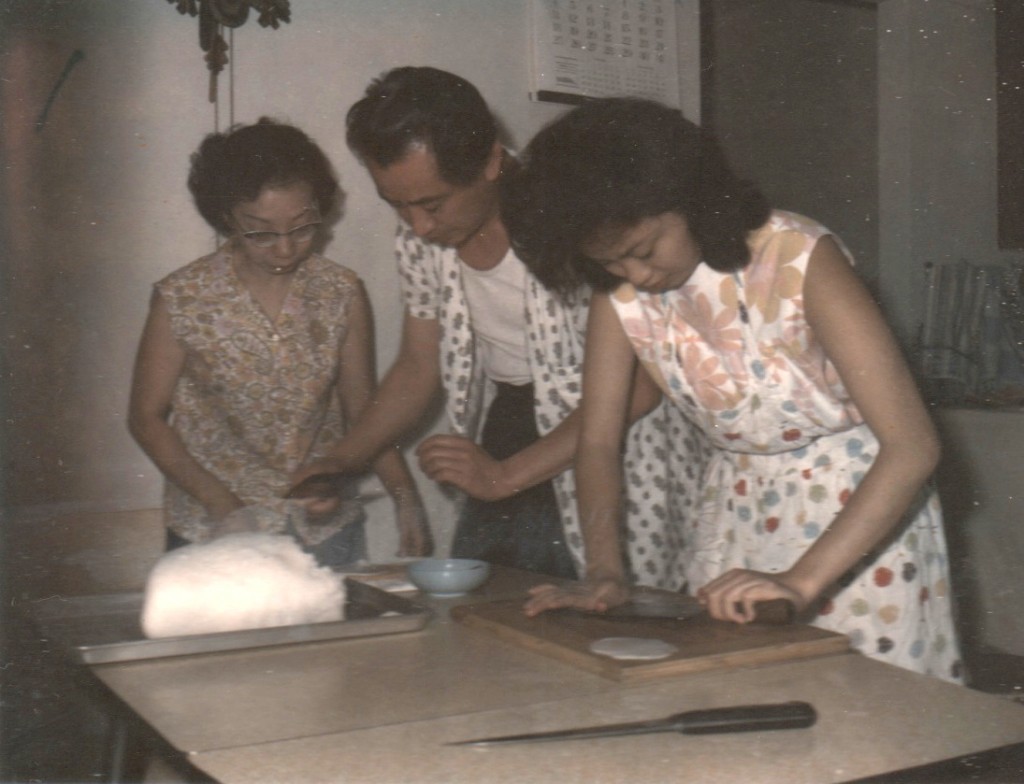 “Eating Wildly”
I often tagged along with my grandparents down the aisles of Chinese supermarkets. While Grandma stuck to purchasing standard items like Saltines or milk to add to her morning coffee, Grandpa knew the secrets of the dried, preserved goods and vegetables tucked away into the stores’ dusty corners.