Years later, to my own surprise, I would recognize a strange person within myself. Had I known then how strange I was, what would I have done? 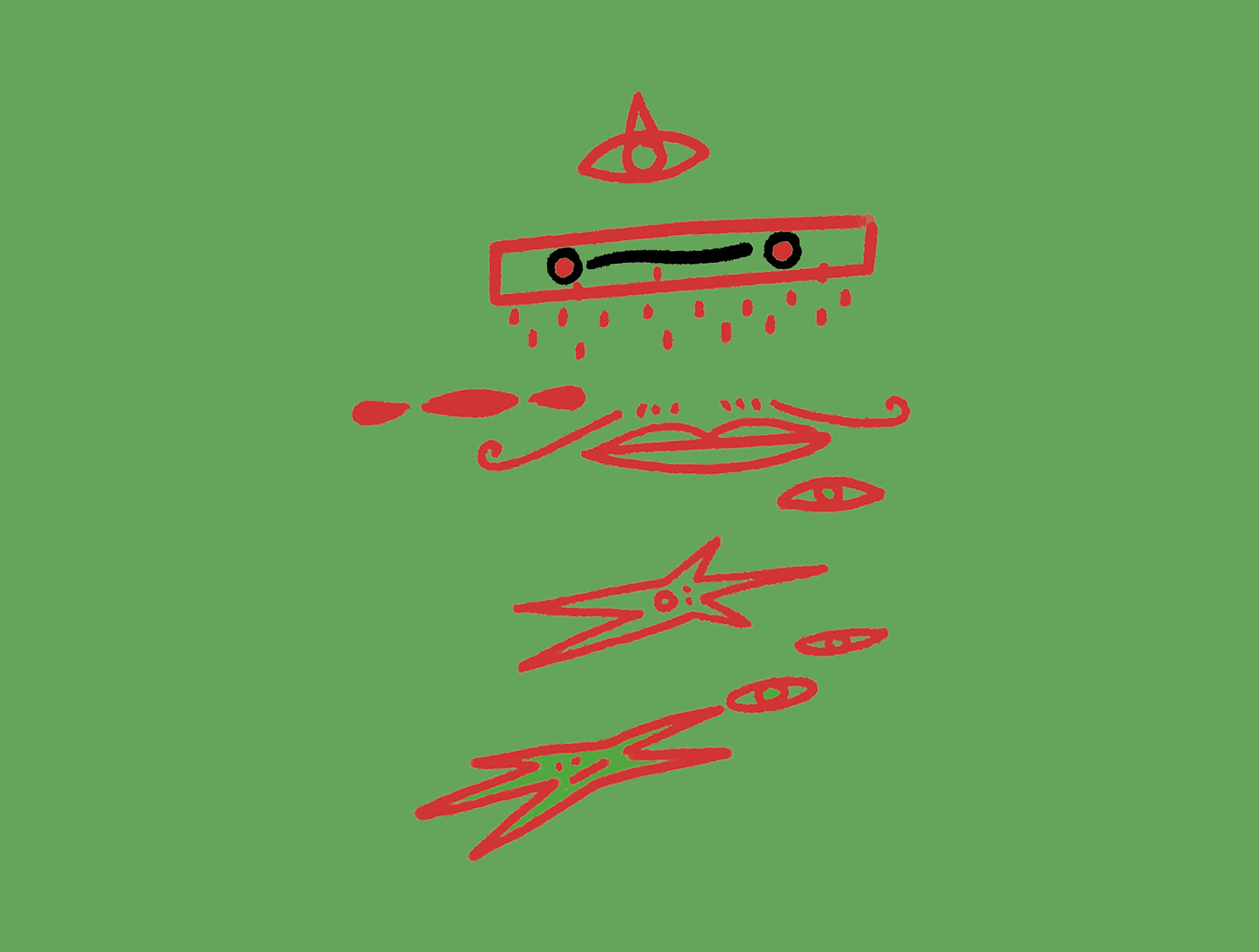 Editors’ Note: The following piece by Shiyam Galyon is part of the notebook I Want Sky, a collection of essays, poems, fiction, and hybrid work honoring Sarah Hegazy’s one irreplaceable life, and the lives of all LGBTQ+ Arabs and people of the SWANA region and its diaspora, and, too often, the risk inherent in their visibility. Edited by Mariam Bazeed and published as a part of a partnership with Mizna, the notebook will also be available as a print issue, released this summer. Continue reading work published in this series here.

“And that is the movie theater. Only strange people watch movies inside movie theaters—they’re not for good people, and that’s why we watch movies at home,” my aunt says, as we walk through the streets of Homs. She waves her hand in the direction of a tired building as she speaks. A man stands outside smoking a cigarette. A woman in a trench coat walks by, avoiding eye contact.

Alarmed, I scan the street for strange people. I keep scanning, well beyond that afternoon: in shopping malls, school halls. The beach. At Cliff’s Hamburgers in Houston, I see someone and I’m not sure what to make of them and something about the ambiguity both pulls me in and alarms my senses…

Years later, to my own surprise, I would recognize a strange person within myself. Had I known then how strange I was, what would I have done?

I take myself back to that day in Homs, break free from my aunt’s grasp, and make my way to the theater.

I scroll through Twitter and see Sarah Hegazy’s face. She’s cute. She has thick black hair, cut short, a wide smile, and wears rimmed glasses. I remember where I had seen her before: holding up a pride flag at the Mashrou Leila concert in Cairo.

I hope to meet her one day, I think. I have a small crush. If we meet I hope she likes me.

Shiyam, stop thinking about Sarah like this—you’ll make it weird for when you meet her and you’ll blow your shot at getting married.

Years later, I do get married but not to Sarah. We divorce. I learn about grief and pick myself up off the floor and decide to be loyal to my desires. I put in my notice and move to Toronto, where I open up Revolutions: A Radical Bike Shop.

I meet Sarah one day when she walks in as I’m finishing up a bike. She says she needs a bike and I tell her she can have every bike she likes. We chat a bit and she picks out a purple bike that has the word “anti capitalist” detailed on the frame…

Actually that’s not how it happened. I never got married and I never divorced and I never moved to Toronto. When I was a bike mechanic, it was in Austin and it gave me so much anxiety.

I actually meet Sarah at an action for sex worker rights, where we drop a banner together from the Brooklyn Bridge calling for an end to NYPD abuses…

No; I meet Sarah while backpacking in Mexico, in the middle of a lavender field. I meet her even before that on a flight to the moon.

“What do you think about when you fantasize about Rachel Maddow?”

Emiliano asks, not knowing I fantasize about them, too. We are both eighteen and roommates in college. I am wildly attracted to them.

“Well, Rachel and I are in the car. A Subaru. We are going camping. She is wearing plaid with a puffer vest over it. She’s into me and I’m into her. We build a fire, and she looks into my eyes and I look into hers. And then we kiss.”

“I don’t know. I don’t know what happens next. The scene fades to black.”

Emiliano laughs at me. I want to go camping with them, too, but we’ll never get to. Instead, we spend a few years chasing each other, our desire up to our throats, but never able to align in the same way at the same time. We hurt each other. An image keeps coming to me of a floating door in outer space, behind which a lonely being decides such matters. “The universe is mostly empty space,” they gurgle, with each rejection stamp. I petition for reconsideration.

Emiliano and I never really lose touch, but our connection goes through degrees of distance. They call me one day while I’m in Philly, nearly eight years since I first met them, and tell me they’re sorry for being so shitty. And that they want to be a better friend to me: healthier, closer, more solid. I tell them: yeah you were shitty. And I want you in that way too.

“Shiyam, I need to tell you something.”

We sit down at the breakfast table. My mom’s eyes are pained. “I feel guilty. I didn’t know. I’m sorry.”

I lean in to hear more.

My mom struggles to get the words out. “What didn’t you know?” I press.

“I didn’t know, I didn’t know. That cats are so good for children and their mental health, I didn’t know. I’m sorry. If only I had known…how your lives would have been different.” She sobs between every few words, pausing to blow her nose.

“What.” I am stunned but also amused.

This isn’t the apology I want, so I edit the scene a little bit. I replace her words with the ones I want to hear. She tells me I can talk to her about anything. I take a deep breath.

“It’s okay mom, I forgive you,” I say softly. I mean it. I get her some tissues.

“And do your parents accept that you are gay?” Sawsan, an Ivy-league educated journalist, asks me, ten minutes into the first time we met.

“How do your parents feel about you?” Amira pries. I had just joined the board of her organization as an emergency measure, to help them out.

“It’s so great to meet you, you are so awesome! Was it hard being so awesome having parents like yours…oh wait…oh…uhh…” It’s too late. She is white, my half-brother’s aunt, and lets it slip at his wedding.

“Oh wow you’re Arab and gay? How do your parents—”

We are at a bar and I jump, excited with rage.

Actually, my parents are fucking obsessed with me okay? They like, love the fucking shit out of me. How about you, Najwa? I slam my fist on the table. Do your parents like you? Do they know about Brad?

I take a drink and exhale and shift my body. I relax and almost plead with her now, but the small Irishwoman in me doesn’t stop cursing.

Jesus fucking Christ Najwa, don’t you fucking get it? Queer people are not the only ones in the closet! We’re all in our own closets! Why, why, do so many heteronormative “progressives” I meet want to immediately dig into the horrors of homophobic familial trauma that everyone gay is assumed to have?

I am not afraid of closets: of leaving them or inviting others in. I am not afraid of you, but I need you to be better, to control the doors and not let the doors control you and to be courageous and recognize courage. And it sounds like I’m asking for a lot, but maybe we can start here: manners. Please.

Six months later and after a terrible breakup, my mental health is in the dumpster. I call and text crisis hotlines four times in one week. I am so good at invisibilizing myself that my mom doesn’t notice, but I am tired of hiding, and there’s nothing to lose at this point by telling her.

She repeats that last part a few times, emphasizing it.

The cats were to make me not gay? My jaw drops.

I am angry and throw a fit. My mom is patient and gentle. “My allegiance is to God and I will never stand with anything haraam,” she declares, as she runs to get me tissues and water and makes sure I am okay. I love you, she shows me, as she has every day. “Let’s bring your cousin over to stay while I am gone. I may not be the one who can help you right now, but I will do anything to get you the person who can.”

Shiyam Galyon [she/her/hers] is a Syrian Arab narrative strategist born, raised, and based on occupied Turtle Island. She studied Evolutionary Biology at the University of Texas at Austin, and is a member of the Syrian Women’s Political Movement; on the Leadership Team for the Radical Communicators Network; and is currently Communications Coordinator at the War Resisters League. She believes in waging personal and collective revolutions. Shiyam loves her mom and her two cats very much. 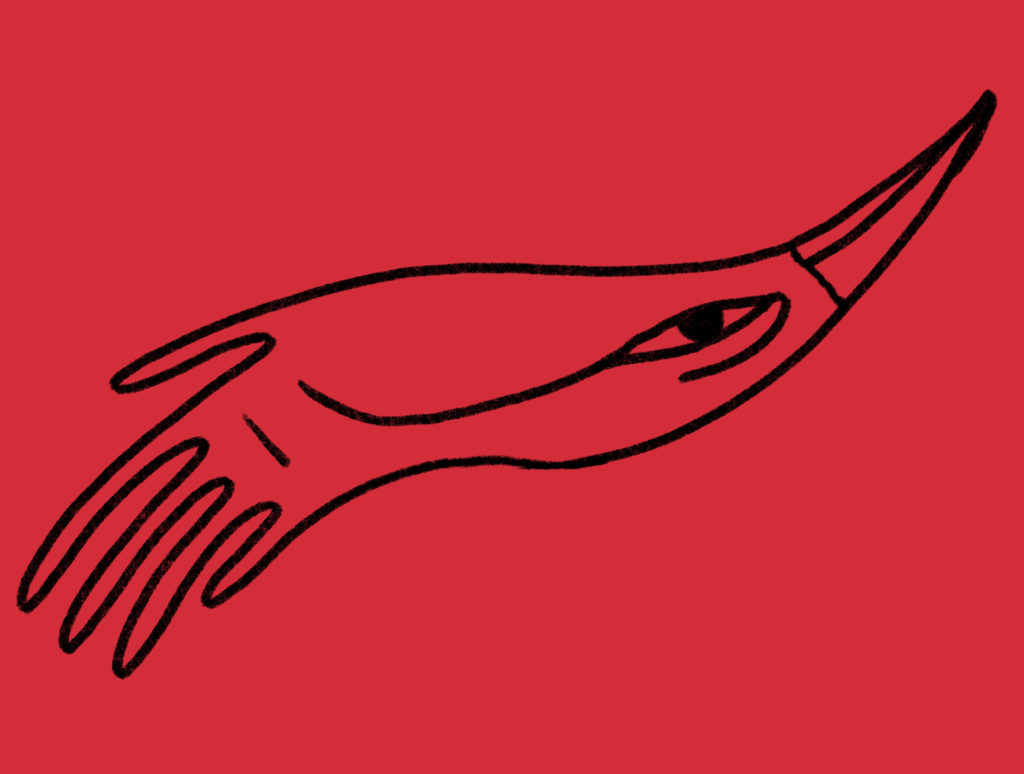 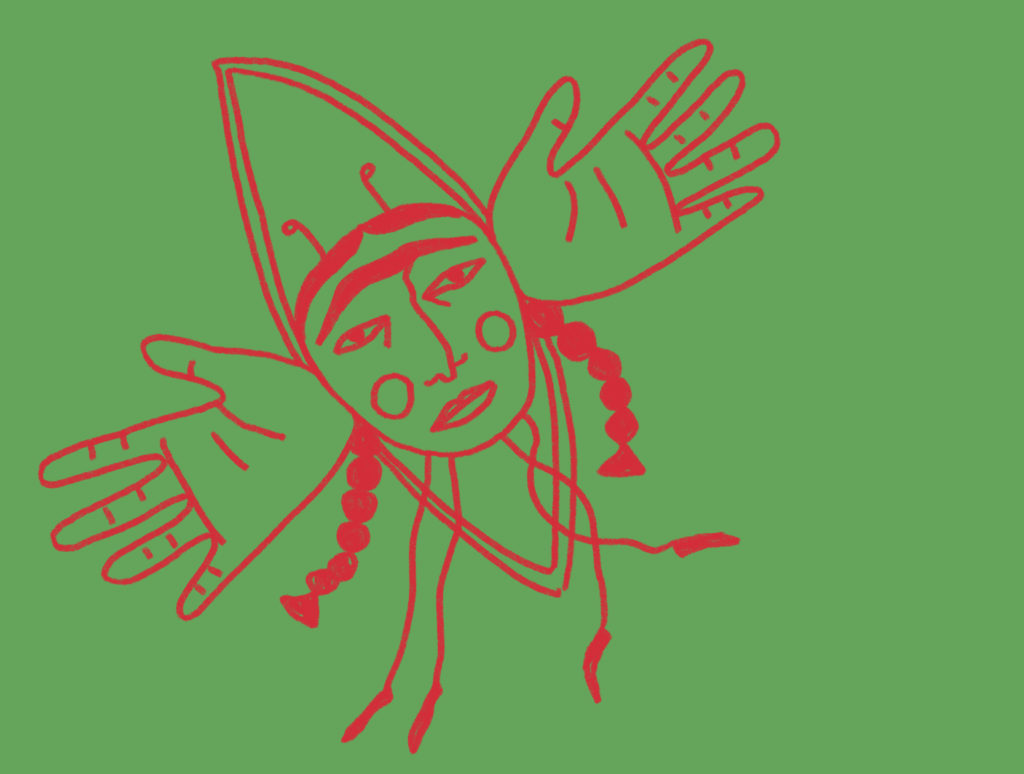 Arabic Dictionary Exercise in the Letter ط [or] That Gay Girl from Damascus
I tried to be a good daughter / and tell the right story to the guests, who were / always listening from their window across the road. 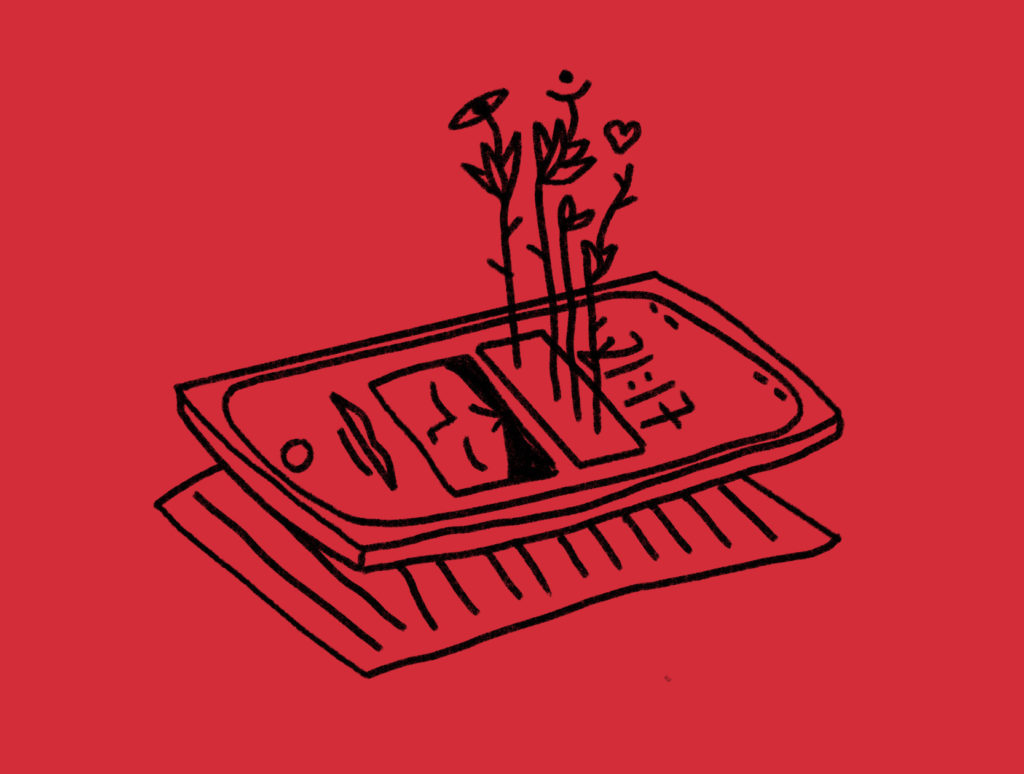 Influencer
The sea’s sunlit hues, the model-like beach goers that crowd the snack bar, the fruit from the south that tastes of the earth—they are totally unremarkable to her.