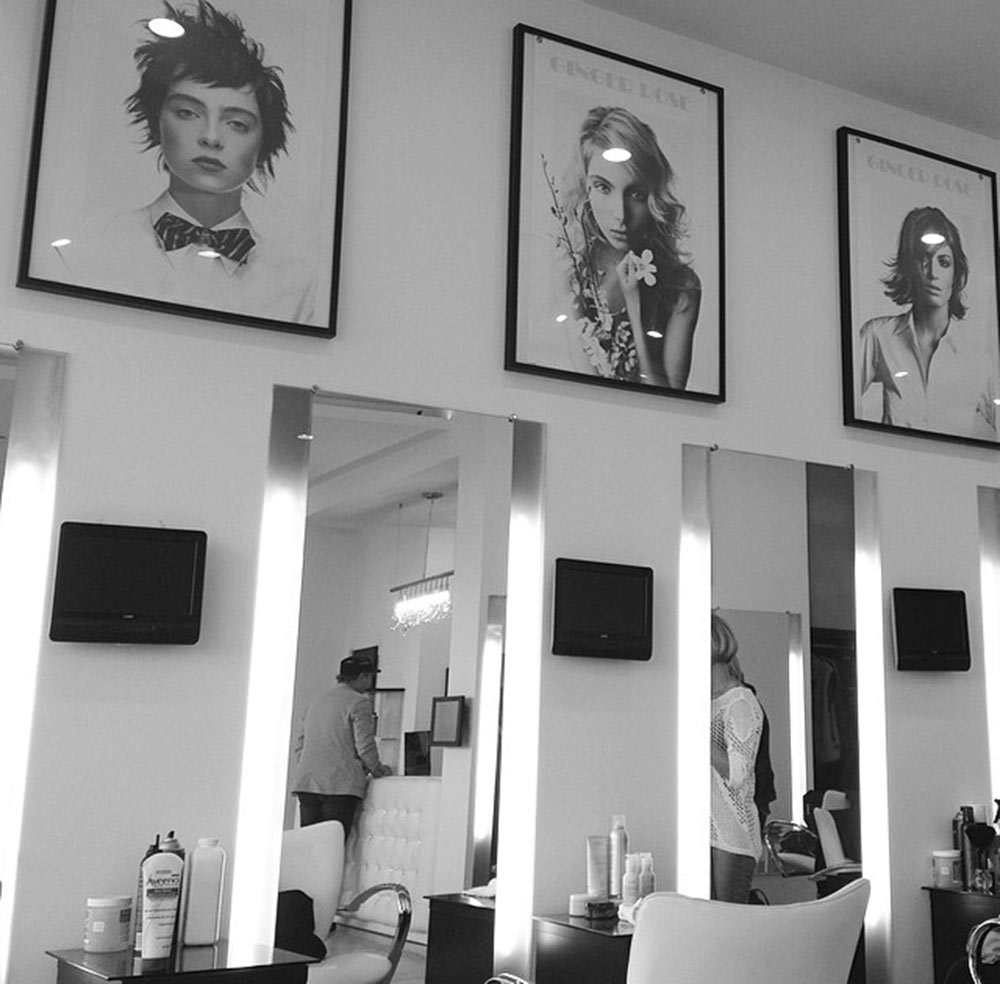 On a Saturday afternoon in early spring, I’m headed to Sheepshead Bay to get my hair cut. It’s my first trip to this tiny south Brooklyn neighborhood named for a species of fish that inhabit its waters.

Exiting the station, I’m hit with a garlic scented breeze bursting between the buildings. The Bay has a way of making its presence known to newcomers. A navy blue BMW convertible whizzes past and the sound of a oud strumming and tablah drumming boom from its speakers. The music, breeze, and the perfect blue sky overhead, create a trifecta which recall the Mediterranean Sea.

My first stop is the hair salon, a place called Ginger Rose. Over the years, I’ve discovered there’s no better perch than the local beauty salon or barber shop to get your bearings in a new place. In the suburbs of Cairo, Egypt I learned about everything from the best shopping to some interesting political conspiracy theories from women getting or administering beauty treatments. Everyone–both the customers and stylists–seemed to have a story or opinion to get off her chest.

What will I find here?

At Ginger Rose, located on the corner of Sheepshead Bay Boulevard and Emmons Avenue, a blonde haired woman named Irina, who turns out to be the owner and head stylist, greets me in a ruffly, short-layered skirt. She ushers me into a chair near the front window with a view of the bay.

Not bad for what she tells me will be a $25 haircut. I quickly learn this view has cost this business a lot. Irina remembers all the people who left after hurricane Sandy struck in the fall of 2012. “They lost so much, their homes…and then with the businesses closed, they had no work to stay for.”

One would never guess how much destruction the community here has survived. The glossy shop veneers, narrow streets, and terra cotta rooftops hint at a lighter story. Nearly two years ago, the ever present breeze off Sheepshead Bay was made exponentially more powerful by the winds of Hurricane Sandy and destroyed so many of the surrounding businesses and homes. A few miles down the road in Ditmas Park and Kensington, the hurricane is all but forgotten.

“We closed for six months and had to rebuild everything,” Irina says. She falls silent, concentrating on getting my trim just right and I hesitate to ask more questions. I ask if the song playing over the speakers, which brings back memories of Cairo, is her choice. “Yes, this song is by Omar Bashir, an Iraqi-Hungarian composer,” she says. I learn she is Russian and studies Arabic in her spare time. Here, as in so many places in New York, culture and the ways of overlapping communities do their work on the individual and are evident in the offerings at restaurants and on grocery shelves. Later, after getting my hair cut by a Russian stylist who studies Arabic, I will settle down for a lunch consisting of a Greek salad housed in a perfectly baked potato.

Walking out, a few nearby barbershops double as Internet cafes, an antique shop has large oil paintings on display. Farther down Sheepshead Bay Boulevard, the first glimpse of the shimmering bay leaves one wondering if they are still in Brooklyn. The intricate details of the large houses surrounding the bay are reflected on the water’s surface. Here, elegant swans and squat ducks glide alongside the walkway.

This small neighborhood that lies at the intersection of Brighton and Manhattan beaches, off of the Sheepshead Bay B/Q train station is a mixture of ethnic communities. A shop sign reads: Russian-Mexican-American Grocery and the newsstand reflects over a dozen languages.

The mix of offerings on Emmons Ave, one of the main streets here, is astonishing for the small area surrounding the bay. To name a few: il Fornetto for Italian food, Baku Palace for Russian cuisine, Mambo Sushi, and Draft Barn offers Hungarian food. One gem, Masal Cafe, boasts “tea by the sea” and a gorgeous view of the bay. Here, the menu offers Turkish food with an Eastern European flair and the waitress teaches me that “Masal” means fairy tale in Turkish.

On my way back down the boulevard, I pass by a pair of women in fluorescent track suits walking a small white poodle in front of a large bridal shop. The beaded evening dresses and flowing white gowns seem to shine in the large window display. This is Monica’s Bridal shop. Inside, it smells like fresh varnish — the hardwood floors are dark and shiny.

I am introduced to David, one of the developers who helped rebuild the shop after the hurricane. Motioning with his hand toward the windows, he raises his hand to knee level, “We were three feet deep, everything is new,” he says, slightly shaking his head at the memory. A year and a half later, they’ve just finished repairs.

When I’m finally home, I head to my computer and search “Hurricane Sandy Sheepshead Bay.” The Google image search turns up photos of a city under water. Homes flooded, cars completely submerged, and the very train station I just exited looking more like a river than a track. In hindsight, the neighborhood’s recovery seems almost miraculous and I’m reminded of a line from Haruki Murakami’s, Hard-Boiled Wonderland and the End of the World: “And once the storm is over, you won’t remember how you made it through, how you managed to survive. You won’t even be sure, whether the storm is really over. But one thing is certain. When you come out of the storm, you won’t be the same person who walked in. That’s what this storm’s all about.” 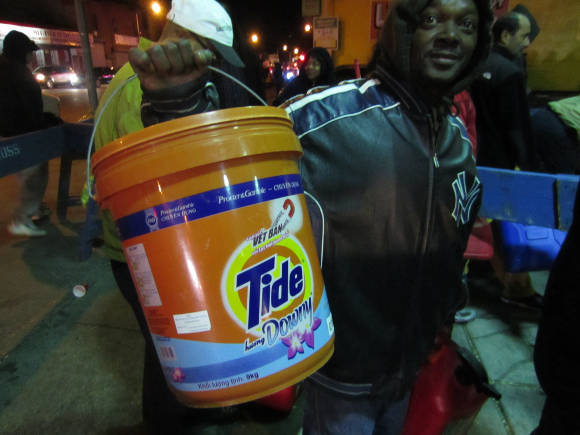 Anatomy Of A Fuel Shortage: The Hess Station on Liberty Avenue in Queens
From Libya to Liberty Avenue, Hess was making a killing.

Scenes From Sandy: South Queens Recovers, Slowly
Dispatch from Far Rockaway and Jamaica in the wake of Hurricane Sandy.